Mozilla added the path of the Firefox binary to the web browser’s support page in Firefox 69 to make it easier for Firefox users to find out from where Firefox was started.

All Firefox users need to do is load about:support in the browser’s address bar to access it. A click on the Firefox menu and the selection of Help > Troubleshooting Information opens it as well.

Firefox versions before 69 list the update folder and profile folder path but not the application directory and binary that was launched. While that is not a problem on a system with a single Firefox installation, it could be difficult to tell which Firefox version was started if multiple versions are installed on systems or used as portable versions.

Users who just install a single copy of Firefox on a system may benefit from the new information as well as it highlights the directory of the Firefox installation.

A new bug was added to Mozilla@Bugzilla in May 2019 that confirms the train of thought:

It can be challenging to find out where Firefox is installed from a user since there seems no way in the UI to get it and when a user has multiple installs they might not know which one was started by the OS. 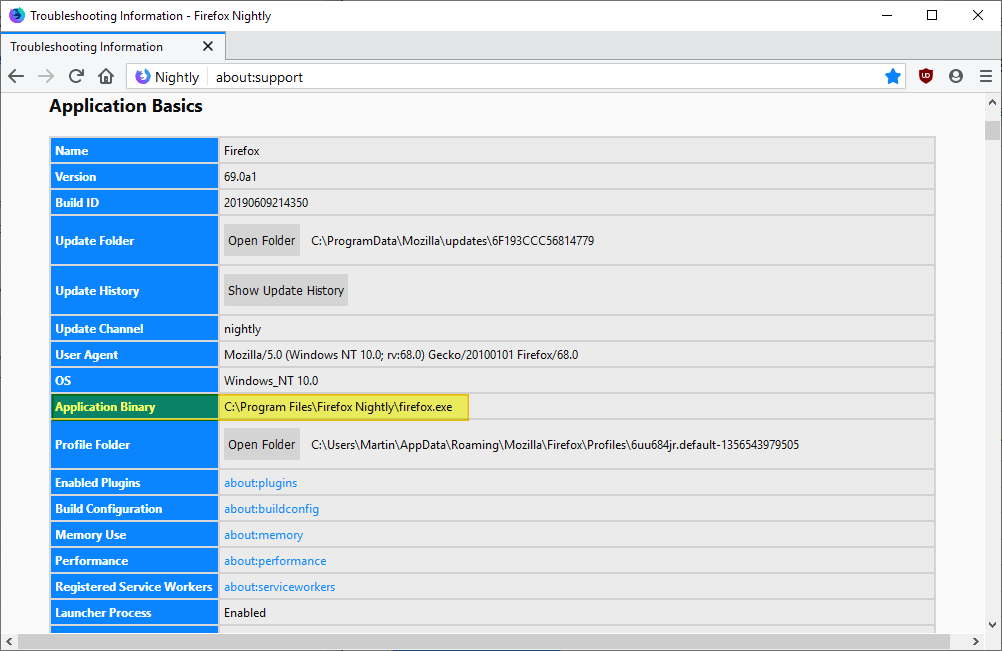 From Firefox 69 on, all you have to do is load about:support in the Firefox address bar and check the Application Binary value under Application Basics near the top of the webpage.

Mozilla aims for a Firefox 69 Stable release; it seems unlikely that the change will be postponed as it is a simple change that adds information to the troubleshooting page only.

Now You: do you use Firefox’s about:support page? Anything you’d like to see on it that you think is missing from it?

Ghacks needs you. You can find out how to support us here (https://www.ghacks.net/support/) or support the site directly by becoming a Patreon (https://www.patreon.com/ghacks)). Thank you for being a Ghacks reader. The post Firefox 69: support page lists path to Firefox binary appeared first on gHacks Technology News.

The Secrets of How IBM Maintains AI Leadership