Bandisoft, the company behind the popular file compression software Bandizip, plans to launch Bandizip 7.0 soon; the new version has a new licensing system that divides the program into a free, advertisement powered, version and two commercial versions for professional and Enterprise use.

The editions differ in several key aspects. The standard edition (the only free edition) comes with advertisement, has no offline installer, and only the latest release version will be offered.

The professional version does away with advertisement and the latest version enforcement. It is available for a one-time purchase price of $30. The Enterprise version is only available to organizations. It is the only version that supports an offline installer and is available for $20 per PC.

The available features, or limitations of features, has not been announced yet but it seems that the free version and maybe also the professional version will be feature restricted.

Bandizip 7.0 is available as a beta version currently that interested users can download and test on their Windows machines. The first difference to previous versions becomes apparent when you run the setup of the file compression software. Bandizip 7.0 Standard requires an active Internet connection for installation; the only edition of the software that does not require an active Internet connection is the Enterprise version.

The free version displays an advertisement in the main interface when you start it up. The ad does not interfere with functionality of the program but it does not look good either. 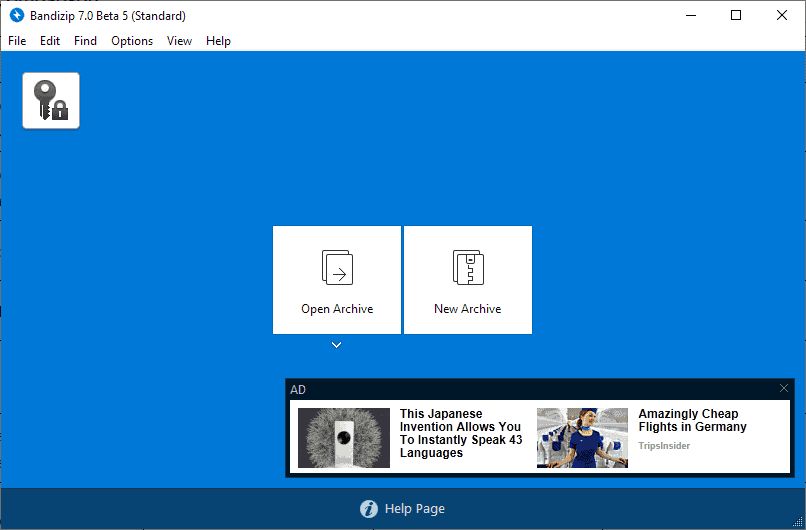 The archive view interface and the new archive interface do not display any advertisement on the other hand.

The new archive interface has a new advanced compression settings option that you need to expand to reveal it. Just click on the more options link and then on the advanced button that is revealed to display these options. 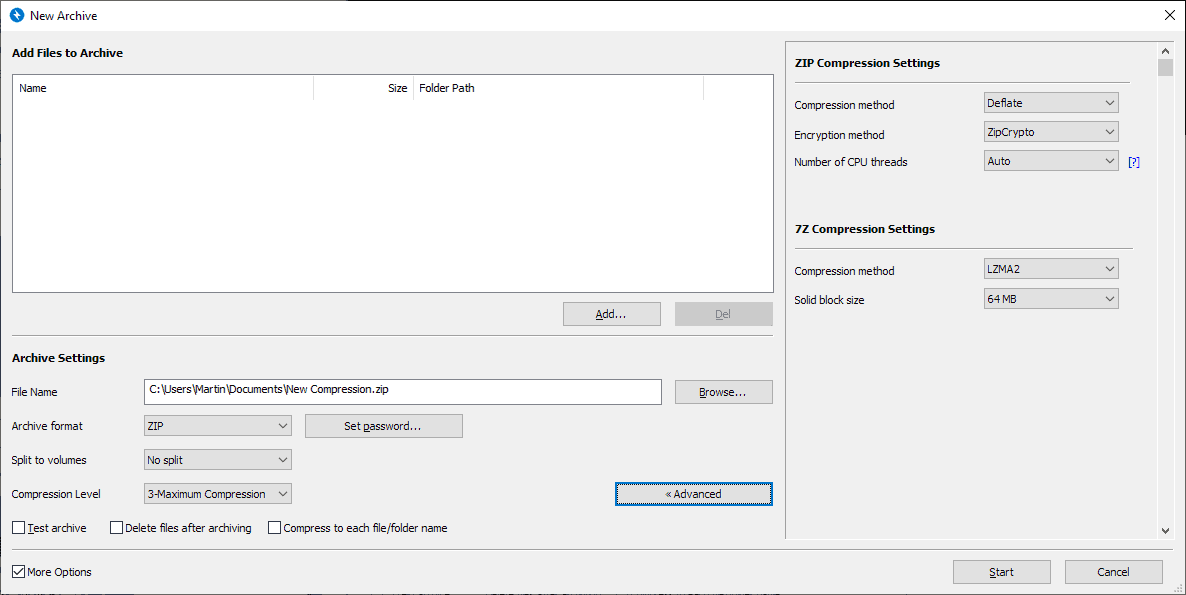 Bandizip 7.0 comes with other improvements. The program uses its own code when decompressing NSIS and UDF formats as opposed to relying on third-party libraries to extract these formats. The decompression speed for certain archive formats, including RAR5 and 7z, has improved in the new version as well.

Other new features include support for processing hard-linked files in TAR archives, and the option to pre-allocate disk space for output files.

The introduction of advertisement in Bandizip, as light as it appears to be in the beta, may drive away some users; there are plenty of free alternatives such as 7-Zip available. The decision makes sense from a business perspective; while I would have preferred a no-ads decision to focus on selling Pro and Enterprise versions to subsidize the free version, it may work out nevertheless for the company.

A single-pay license for $30 that is good for installation on multiple PCs is a fair deal in my opinion, provided that upgrades are included in the deal.

Things could change for the worse if the free or pro versions are severely limited feature-wise.

Now You: What is your take on the changes?

Thank you for being a Ghacks reader. The post Upcoming changes to file compression software Bandizip appeared first on gHacks Technology News.

Techies, government wants you to make these 14 types of mobile apps