When Microsoft launched Windows 10 in 2015, it revealed that devices with legitimate Windows 7 or Windows 8.1 licenses could be upgraded to the new operating system free of charge for the first year.

The company pushed harder and harder to get devices running earlier versions of Windows 10 to upgrade to Windows 10.

The company extended the free upgrade offer to devices with accessibility technology and ended that officially in December 2017. 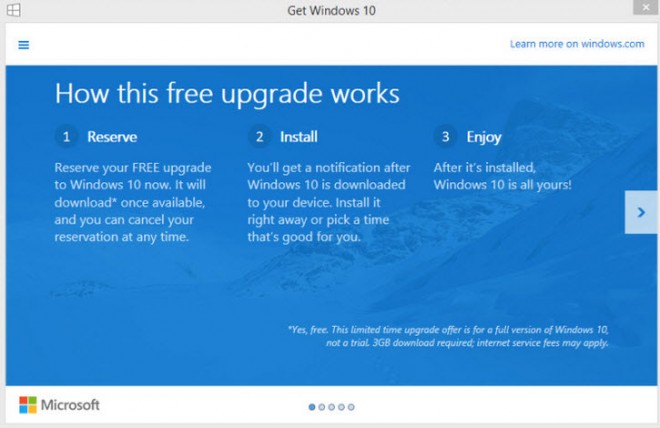 We tested the free upgrade process several times after the official end of the period and discovered that  free upgrades were still possible. Windows customers who run Windows 7 or Windows 8.1 devices can still upgrade to Windows 10 for free, even in late 2019.

Microsoft never revealed why that option remained available, but the company did not terminate the option either. A user on Reddit, who claims to be a Microsoft employee, provided an answer yesterday.

Note: The user has not been verified as a Microsoft employee and it is possible that the information that is provided is incorrect.

According to the post, Microsoft ended the free upgrade offer because of pressure from retailers. Microsoft announced that customers needed a paid license after the upgrade offer expired but this was never enforced behind the scenes.

I work at Microsoft and have been since before the Windows 10 launch. That whole “free” upgrade for a year was fully marketing fluff. After the cut off happened, the direction given was that it requires a paid license HOWEVER, this was brought up by the brick and mortar stores that they were doing simple clock changes on customer devices during the upgrade challenge to get around it and then ultimately it was clear two years later that anything Windows 7 and up would go to 10 fully activated and still to this day.

One reason for that was that Microsoft executives were focused on the 1 billion devices goal for the operating system and that the number of upgrades was more important to Microsoft than the licensing fees that it would get from sold licenses.

WDG didn’t care pretty much at all because Terry Meyerson at the time cared more about his upgrade stats than license revenue as Windows isn’t Microsoft’s cash cow anymore. It’s the same stance back in the day where Microsoft would allow Windows Updates on pirated copies of Windows 7 as the bigger picture was to thwart security threats based from those copies.

In other words: Microsoft stated publicly that the free upgrade offer ended but did not end it behind the scenes.

The explanation appears plausible but requires validation before it can be taken at face value. Windows 10 might see a push in January 2020 when Windows 7 support runs out for Home users. These may be able to upgrade to the Windows 10 operating system for free then as it seems unlikely that Microsoft will block the ability in the coming two months.

Now You: What is your take on the explanation? (via Born)

Thank you for being a Ghacks reader. The post Here is why free upgrades to Windows 10 still work appeared first on gHacks Technology News.

Canadian drug discovery technology company AbCellera, which analyzes and identifies antibodies for pharmaceutical companies working on a coronavirus treatment and