Support for Microsoft’s Windows 7 operating system ends after the January 2020 Patch Tuesday. Small businesses and Enterprises may extend support by up to three years for a price.

Small businesses pay Microsoft up to $200 per device and year for extended support, Enterprises up to $200 per user and year. The support program is available already and there are prerequisites that need to be met.

Note: Microsoft released a test update that administrators may attempt to download and install to verify that the device is eligible for Extended Security Updates. This, and other parameters, may change before the program starts officially in January 2020. Creating backups is highly recommended. 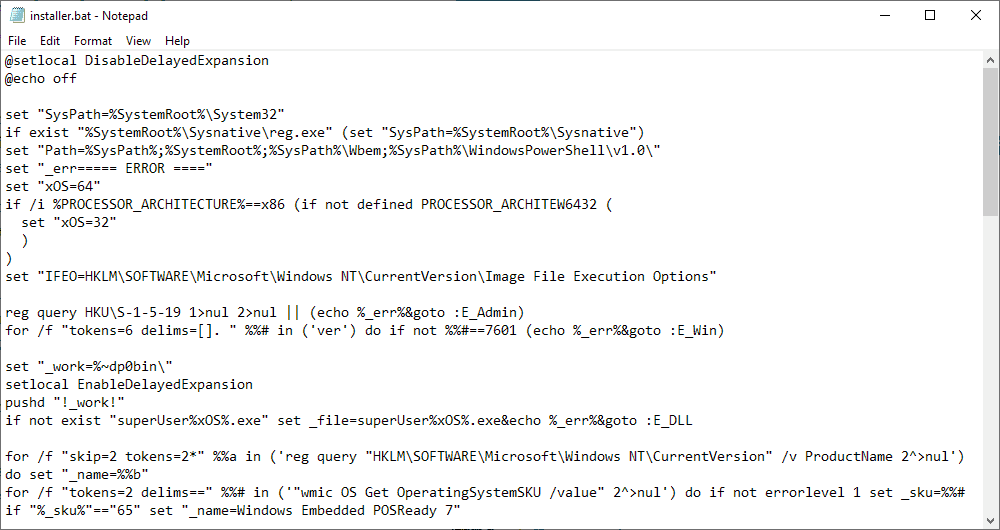 Users on the My Digital Life forum discovered a way to bypass the Extended Security Updates check. The bypass works with Microsoft’s test update but it is unclear if it will also work with “real” updates that the company releases after the January 2020 Patch Day.

All that needs to be done currently is to download a small archive from the My Digital Life forum and extract it. The package includes two batch files that enable or disable the bypass on the system, executable files, and the source.

Basically, what happens behind the scene is that verification checks return true all the time through manipulation of these checks.

One interesting aspect of the hack is that it enables support for all Windows 7 editions, even those that Microsoft does not want to support after January 14, 2020. In other words: Windows 7 Home, Starter or Ultimate editions would be able to receive updates provided by the Extended Security Updates program when the bypass is installed.

The developers plan already to extend support to Windows Vista and to support the POSReady 7 SKU which will receive security updates until 2024. (via Deskmodder)

Thank you for being a Ghacks reader. The post Someone found a way to bypass Windows 7 Extended Security Updates checks appeared first on gHacks Technology News.

Google has added tiny favicon icons to its search results for reasons unknown, creating more clutter in what used to