Google is rolling out a new feature on Gmail that enables the forwarding of emails as attachments in the email service.

Gmail users who use the web interface currently can forward individual emails only. While that is useful at times, forwarding multiple emails can be a time consuming process as each email needs to be selected individually when it needs to be forwarded.

We’ve heard from you that there are situations where attaching emails makes more sense than forwarding separate emails, like wanting to forward multiple messages related to a single topic. With this new functionality, you can do exactly that. Sending emails as attachments allows you to write a summary email message to your recipients, and attach the set of supporting emails that recipients can directly open in their mail client.

To make things easier for users, Google is rolling out a new feature on Gmail currently that allows users of the service to forward emails as attachments.

One of the main advantages of the new feature is that it allows users to forward multiple emails in one operation. 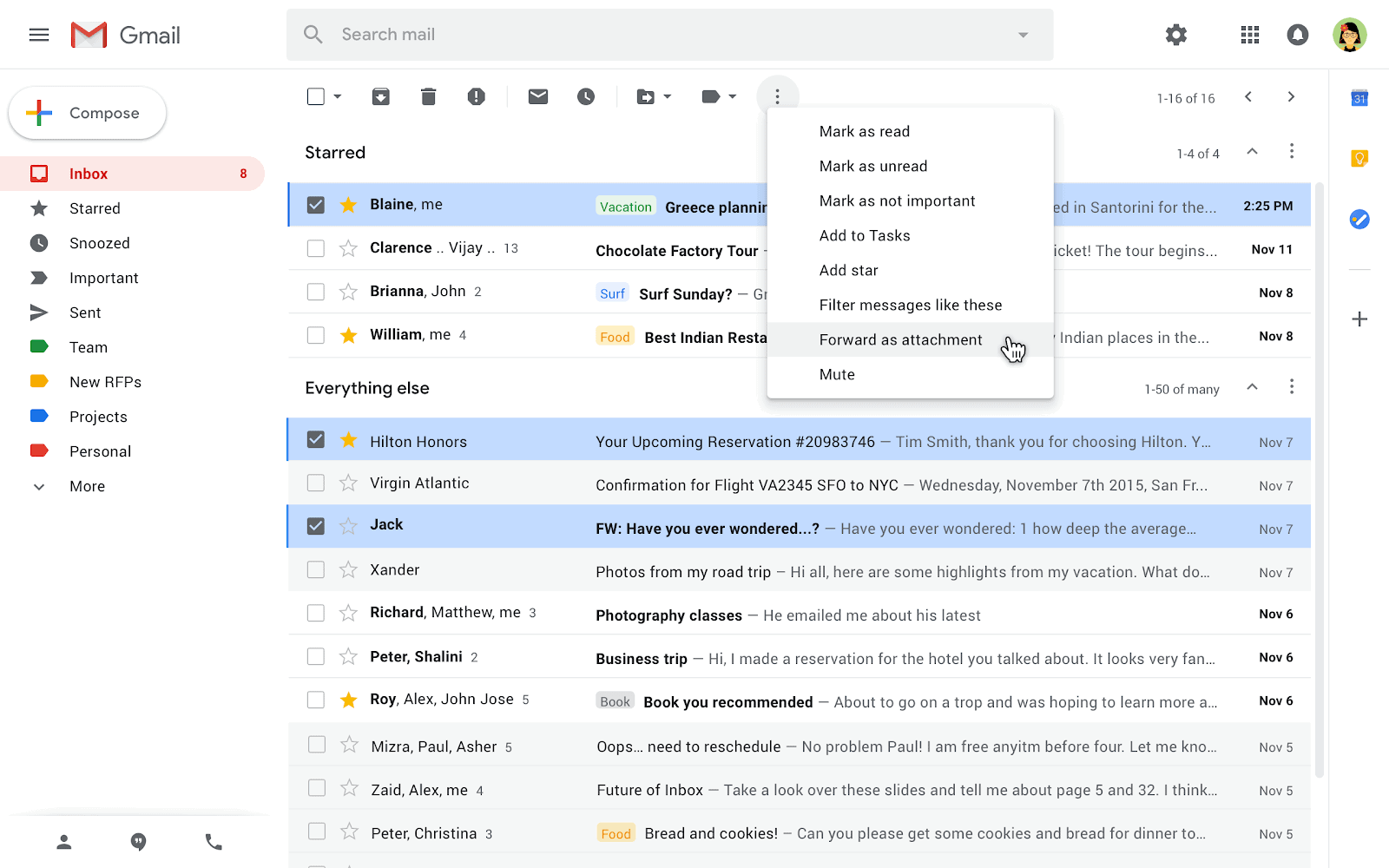 All that it takes is to select one or multiple emails on Gmail, right-click the selection, and select the forward as an attachment option from the context menu.

As is the case with most new features on Gmail or Google updates, the feature is being rolled out gradually to all Gmail users. It is enabled if the “forward as attachment” option is visible in the context menu. Google started the rollout of the feature on December 9, 2019 for rapid release domains and plans to complete the rollout by January 21, 2020.

Google notes that users may also use drag and drop to attach selected emails as attachments on Gmail. The operation may not be as convenient as using the right-click option as it is necessary to juggle between two interfaces (email list and compose) when using drag & drop.

Emails that are attached to emails are saved as individual .eml files that most email clients can read. Attachments are not limited according to Google (You can attach as many emails as you’d like), and eml files can be opened with a click when they arrive in Gmail.

Now You: do you forward emails often?

Thank you for being a Ghacks reader. The post Gmail gets a new forward emails as attachment option appeared first on gHacks Technology News.