Existing and new users may download the latest version of the file archiver from the official company website. 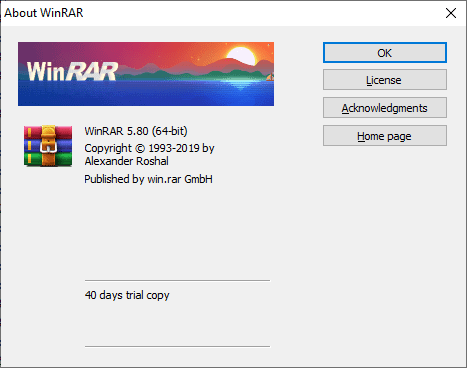 RAR is the default archive format but WinRAR supports other formats such as zip or 7z as well. The latter benefits from a oath increase to 2048 characters from the previous 260 characters.

This version truncates them removing the path component and symbols in the middle, but preserving beginning of file name and file extension.

WinRAR users who create an archive from multiple files that are named the same (but differ when it comes to the file extension) may notice that WinRAR proposes the filename as the archive name by default. If readme.text and readme.css are added, WinRAR proposes to use readme.rar as the archive filename. The software suggested the name based on the parent folder name for several selected files previously.

You can check out the entire changelog here.

Now You: which file archiver do you use, and why?

Thank you for being a Ghacks reader. The post WinRAR 5.80 Final has been released appeared first on gHacks Technology News.