Mozilla published the Firefox Multi-Account Containers add-on for the Firefox web browser in 2017. The extension introduces options to separate websites by loading them into containers which act independent from one another. Site data, such as the browsing cache or cookies, is restricted to the container the site is loaded in. Other features of Firefox, e.g. bookmarks or extensions, work in all Containers.

The functionality may be used to sign-in to multiple accounts on the same site, limit tracking, or separate different browsing tasks, e.g. for work and home, from one another.

Several extension developers created add-ons that extend or improve the Containers functionality of the web browser.

Containers with Transitions supersedes Mozilla’s extension. It introduces a rules-based system to define how sites opened from within a container are opened in the browser. There are also specific container extensions for YouTube, Facebook and Google that limit activity on these sites to specific containers, and the Temporary Containers extension to use temporary containers that delete automatically. 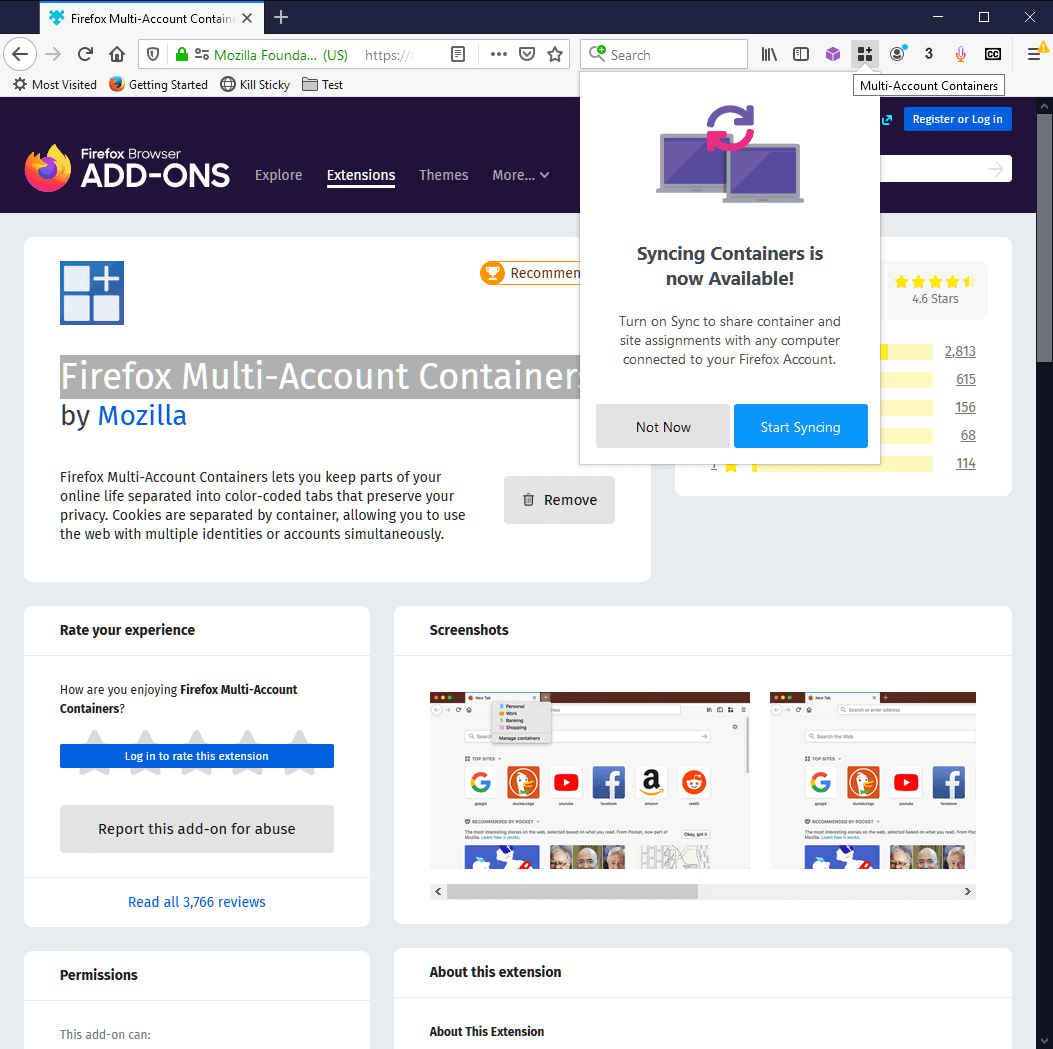 A click on the extension’s icon in the Firefox main toolbar should display a panel that highlights the new feature. You may enable syncing right away with a click on “start syncing” to sync containers and data between devices.

Mozilla notes the following on the official company blog:

The new sync feature will align Multi-Account Containers on different computers. The add-on carries over Container names, colors, icons, and site assignments on to any other machines with the same Firefox account.

Syncing requires a Firefox Account and that you are signed in to the account in the Firefox web browser.

Firefox users who use the Containers extension and Firefox Sync will find the new sync functionality useful as it keeps Containers data in sync between devices.

Now You: Have you tried the Containers add-on? What is your take on it? (via Sören)

Welcome to FireTVSticks: We have tested loads of Kodi Builds and have found the best 7 that are working and