The developer of the third-party firewall for Windows TinyWall has just released version 3.0 of the application for all supported versions of Windows.

TinyWall 3.0 is a major release and the first release that acts completely independent from the built-in Windows firewall. As such, it is now possible to run TinyWall and Windows’ built-in firewall side-by-side if desired.

Please note that TinyWall 3.0 does not support Windows Vista anymore and that 32-bit versions are not provided anymore either.

Existing users of TinyWall will have their firewall rules taken over from previous versions. The developer notes that other settings will be lost after the upgrade to the new version; users may need to modify the settings on first run after the upgrade to make sure everything is set up correctly on the device.

The installer includes several new options such as installing the program in a custom location. 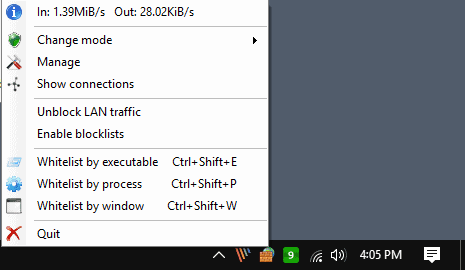 Independence from Windows Firewall is just one of the new features of the third-party firewall. The developer has integrated several new features in the application; here is the list of the most important ones:

TinyWall 3.0 is furthermore protected against code-identity spoofing attacks and checks for new updates over HTTPS exclusively.

TinyFirewall 3.0 improves the third-party firewall for Windows significantly. While it is necessary for existing users to check the settings after upgrading to the new version, it is a massive update that introduces major new features and protections.

You can check out the entire changelog of TinyWall 3.0 here.

Now You: do you use a third-party firewall on your devices?

Thank you for being a Ghacks reader. The post TinyWall 3.0 for Windows introduces major changes appeared first on gHacks Technology News.

Its Golden Buzzer Tuesday! This week its America’s got Talent GOLDEN BUZZER WINNER KODI LEE! Watch him WOW the Judges

Browse and copy any special character with BabelMap for Windows