OneDrive customers who use the service to synchronize data between the cloud and their devices may have noticed that some file previews are not working correctly currently. 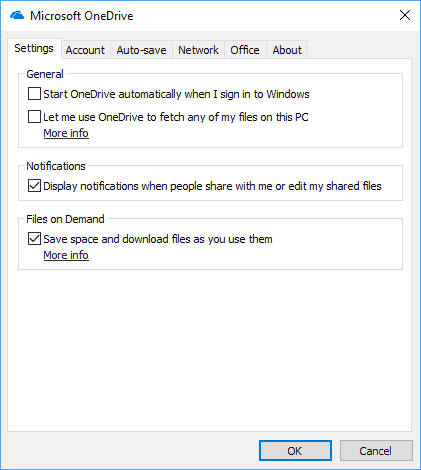 Microsoft made a change to OneDrive recently that is affecting users worldwide. Customers who use the service’s Files on Demand feature may notice on Windows and Macintosh devices that some files are not displayed with thumbnails anymore.

Files on Demand was introduced in 2017 by Microsoft; it was designed to display all files locally even if these files were not stored  locally but only available in the cloud. Placeholders look like regular files, with the exception of a cloud indicator to let users know that the file is not stored locally, and that includes that previews are displayed for these files on the system.

Windows users may change the display of files in Explorer. Previews are displayed when files are set to large and extra large for certain file tiles; this feature is apparently broken currently for OneDrive users.

Microsoft revealed the change to its business customers in the Office 365 Admin Center and confirmed there that it is affecting business accounts and home accounts alike. The change affects some file types including video and PDF files but not image file types according to German news site Dr. Windows.

Windows and Mac users who use OneDrive cannot do anything right now to remedy the situation. Microsoft notes that the change is temporary in nature but has not revealed a schedule for enabling the feature again.

Now You: do you use OneDrive?

Thank you for being a Ghacks reader. The post OneDrive File Previews currently not working correctly appeared first on gHacks Technology News.