Microsoft released a new version of the company’s open source re-imagination of PowerToys for its Windows operating system. PowerToys 0.18.0 adds two new tools, a keyboard manager and an application launcher, to the collection of programs. Both new programs require Windows 10 version 1903 or newer. It appears that the new version requires .Net Core as it won’t run otherwise.

Microsoft released the first preview of the new PowerToys application in September 2019. Developers have released several new versions and integrated new tools into PowerToys since then. Tools like Power Rename, an Image Resizer, or the Alt-Tab alternative Window Walker, are all part of PowerToys now.

We will be taking a look at the two new tools in the new release in the following paragraphs. 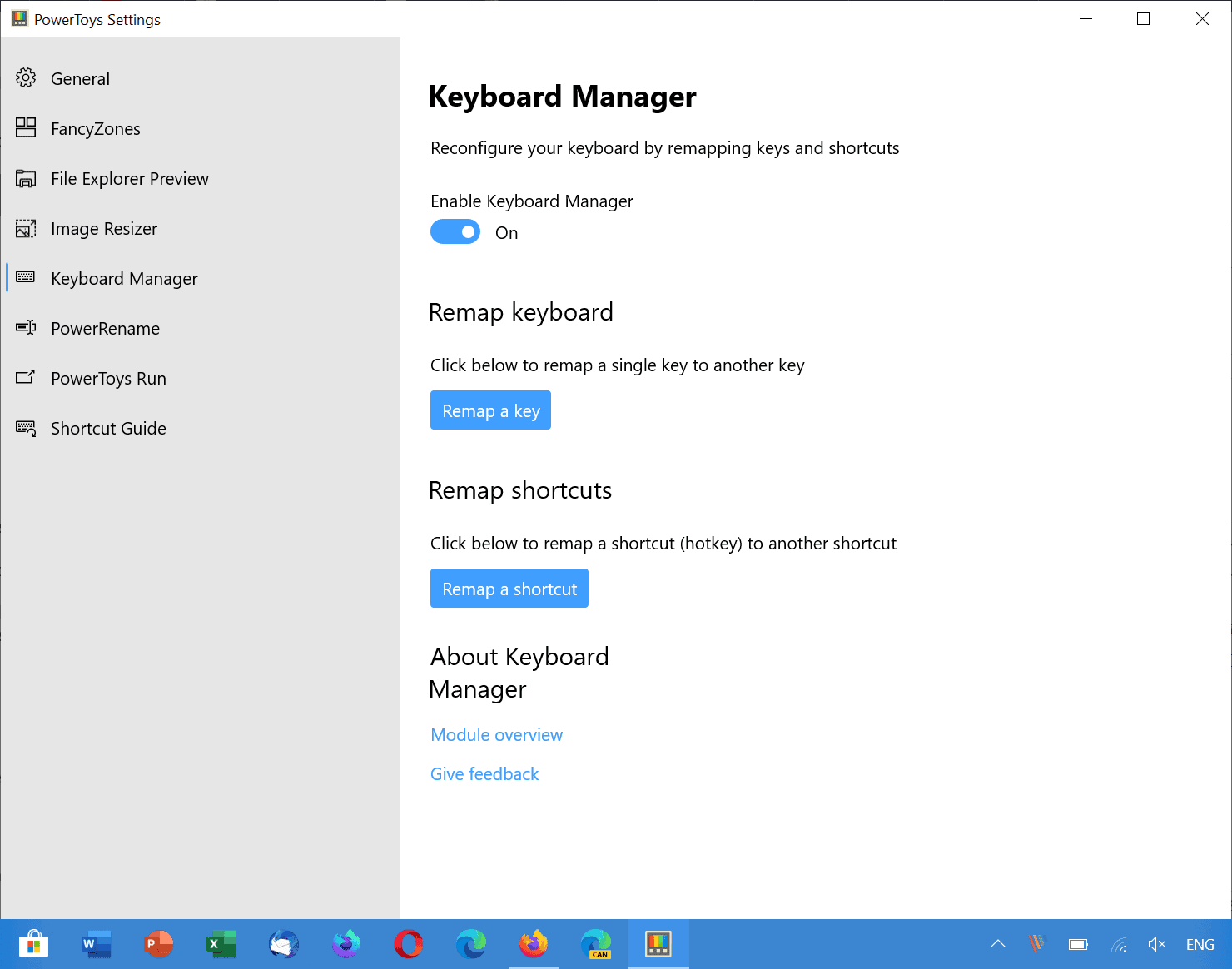 Both options work pretty much the same way: select the option that you want, e.g. remap a key, select plus on the page that opens to create a new mapping, and then on “type key” or “type shortcut” to add the source key or shortcut. Repeat the last step for the target key or shortcut, and you are all set to use the newly mapped key or shortcut on the system for as long as Keyboard Remapper is active and PowerToys is running.

Note that there does not seem to be any limitation in regards to remapping keys or shortcuts. I managed to remap shortcuts such as Windows-I to another shortcut without issues. You can use the mouse to trash any remapped key or combination, or simply close the program to restore the original mappings. 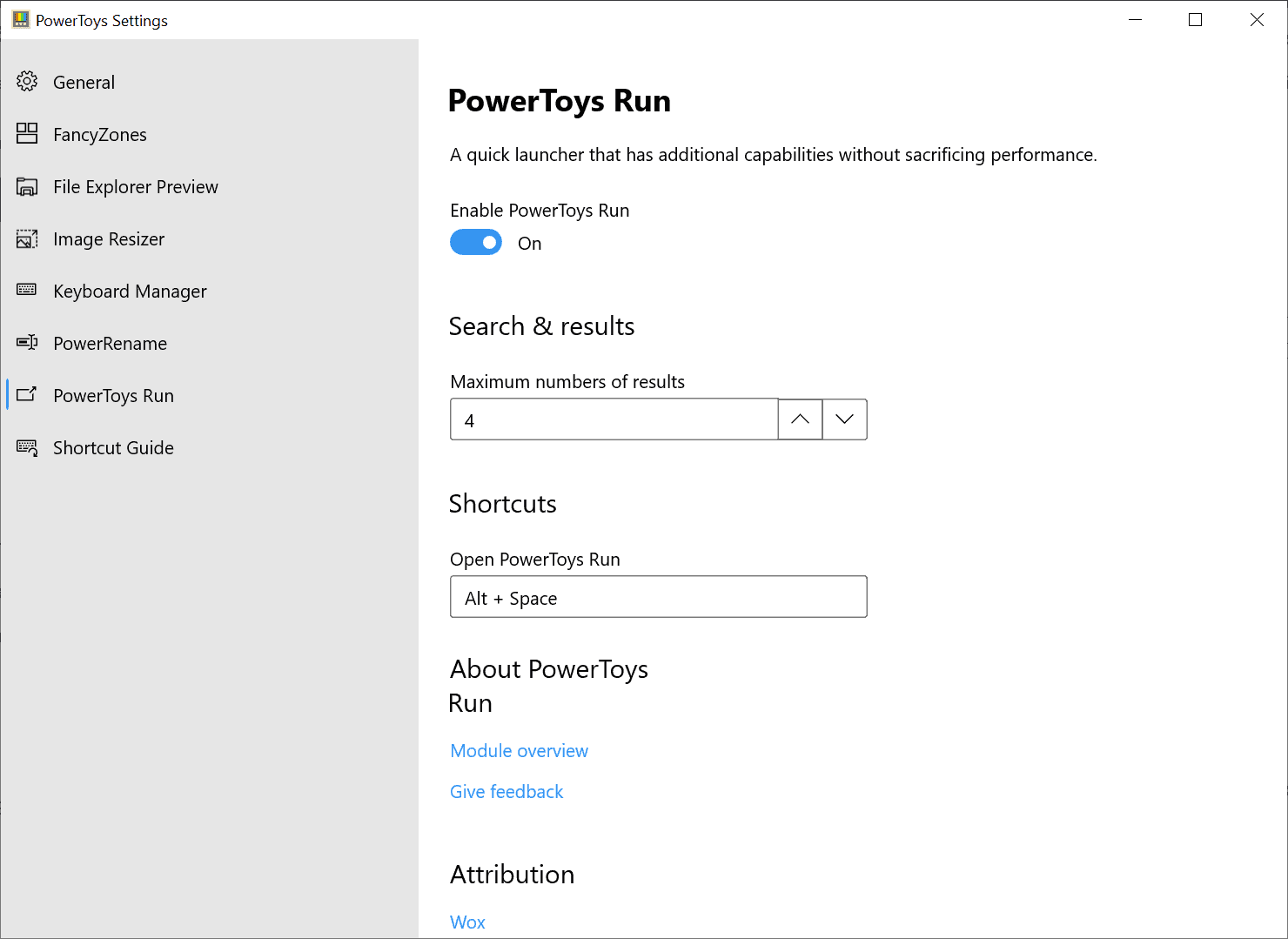 PowerToys Run is a program launcher that users of the software may activate with the shortcut Alt-Space. Just type the name of the program, a folder or file that you want to launch and select it from the list of results.

The program searches for running processes as well and seems to have incorporated the functionality of Windows Walker. The latter appears removed from the newest PowerToys version.

Another option that users have is to invoke shell by using “> and to use it as a simple calculator.

Run returns four results at the most by default but you can change that in the program options. Esc exits the program interface again.

Microsoft continues to work on the new PowerToys and that is without doubt a good thing. The tools provide interesting functionality; most of it can be replicated using third-party tools but some Windows users will surely find PowerToys attractive enough to use it regularly.

Now You: PowerToys yay or nay, what is your opinion?

Thank you for being a Ghacks reader. The post Microsoft PowerToys 0.18 with Keyboard Manager and Application Launcher released appeared first on gHacks Technology News.

Oppo, Samsung, Xiaomi and Vivo collectively produce more than 95% of all smartphones that are sold in the India market.