Microsoft revealed in May 2019 that it was working on an open source terminal application for Windows which it called Windows Terminal. The company released the first preview of Windows Terminal in June 2019 and regular updates in the months that followed.

Yesterday, the company announced that Windows Terminal 1.0 is available. The first stable version of the terminal application is available as a download from the Microsoft Store and from the GitHub repository. 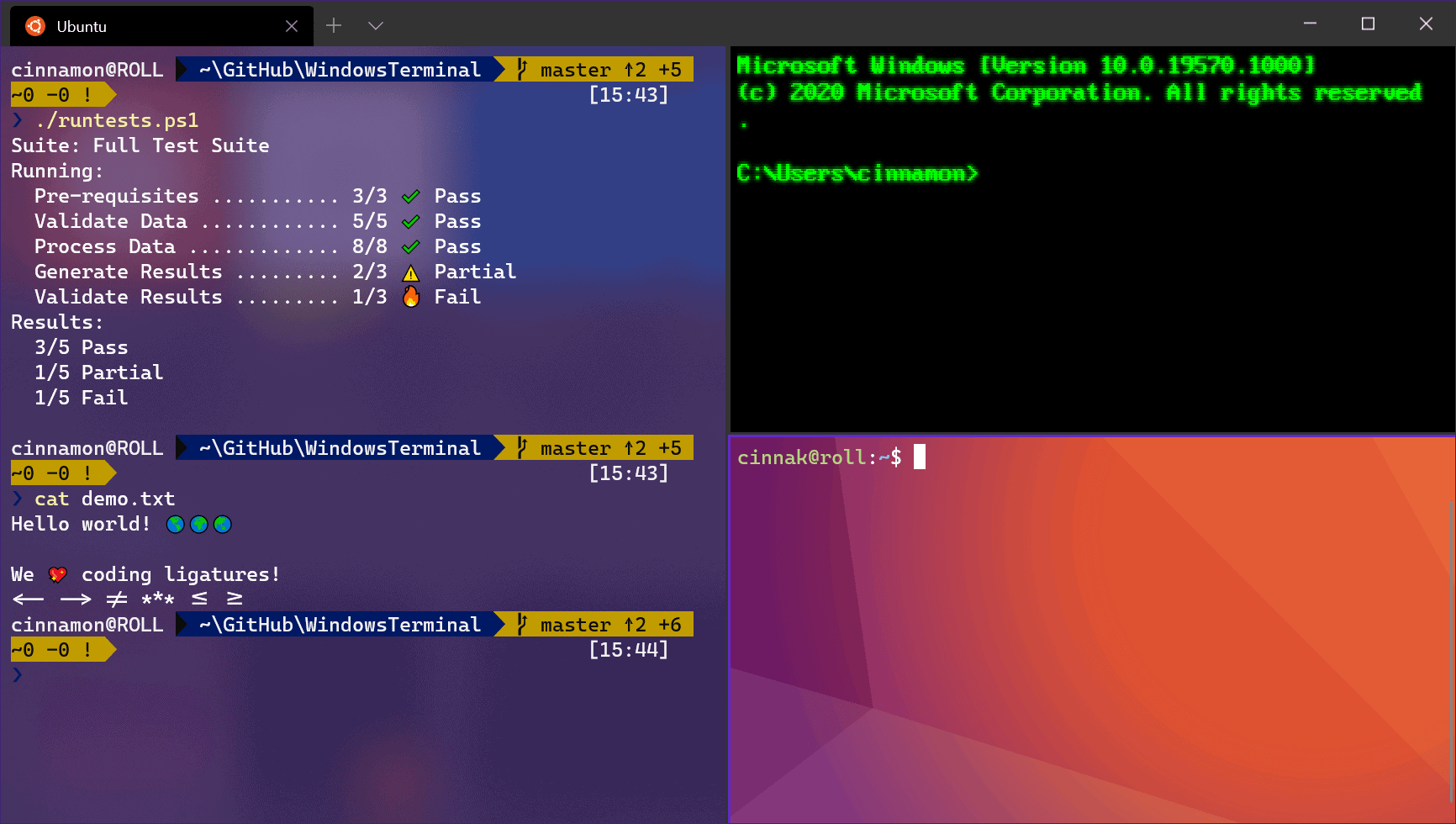 Users can load PowerShell, the Command Prompt as well as other terminals including those provided by installed Windows Subsystem for Linux distributions next to each other. Options include displaying these as tabs or in a single tab as panes.

Another strength of Windows Terminal is that it supports customization options. These include changing backgrounds, color schemes, fonts, key bindings and more.

Windows Terminal makes use of GPU acceleration to render text. Microsoft notes that the feature improves the user experience significantly. The program supports Unicode and UTF-8 and features Microsoft’s latest font, Cascadia Code. Interested users can check out variants of the font on the official GitHub repository.

Microsoft launched a preview channel for Windows Terminal to showcase and test new features. The channel will receive monthly updates from June 2020 on according to Microsoft. Interested users can check out the Windows Terminal Preview page on the Microsoft Store or the GitHub releases page.

Windows Terminal is only available for recent versions of the company’s Windows 10 operating system and only supplied as a Microsoft Store application.

Now You: Have you tried Windows Terminal?

Thank you for being a Ghacks reader. The post Microsoft releases Windows Terminal 1.0 appeared first on gHacks Technology News.

The Moto G 5G will be available at Rs 17,999 with 10% instant discount on HDFC Bank Cards and EMI