Microsoft unveiled the open source Windows Package Manager during the virtual Build 2020 conference this week. The command line program allows administrators and users to download, install and manage software applications. It supports installing one or multiple programs, and includes a long sourced list of applications that can be installed (including many non-Microsoft programs).

Winget can be downloaded and run on Windows 10 version 1709 or later devices. The installation of single applications is very straightforward while the mass installation of software requires the use of scripts.

Winstall is a free web service that makes batch installs easier. It has been designed for Microsoft’s Windows Package Manager and works similarly to Ninite. Basically, what it allows you to do is select applications that you want to install in a single operation on target systems.

The web service queries Microsoft’s official repository whenever you connect to the site to grab the latest apps data. The data includes the list of applications that are supported by Windows Package Manager. 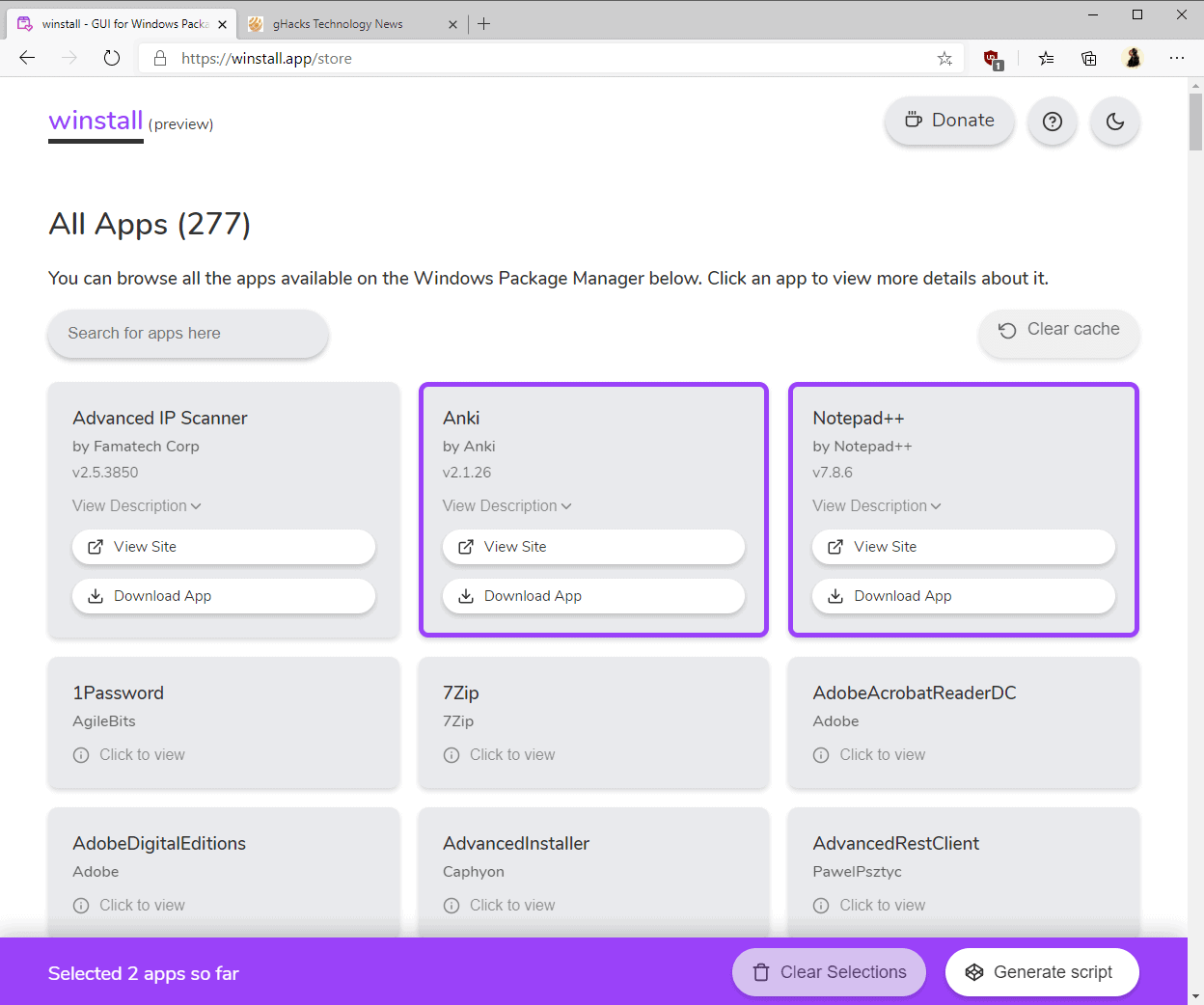 Winstall pulls meta data only if you select applications in order to avoid hitting GitHub API limits. It displays information such as the version of a program or its description in the interface. Options to download the installer or open the developer website are provided.

You may select multiple applications from the list of supported applications to have the site generate a script to download these at once on the system the script is executed on.

The script is provided as a command prompt batch script and as a PowerShell script. You can download the script to the system or copy it to the Clipboard if you prefer it that way. All that is left is to paste the script into a Windows Terminal application to execute it. Note that you need to download winget first from Microsoft as it is not included when you download the script.

Winstall is a handy web service to create install scripts quickly. Note that you can only do that, uninstallation scripts are not provided at this point in time.  The web service is developed by the developer of Tweeten App, a popular Twitter interface.

Now You: what is your take on the Windows Package Manager?

Thank you for being a Ghacks reader. The post Winstall is a (web) GUI for Windows Package Manager (winget) appeared first on gHacks Technology News.