Firefox 78 Stable will support options to view website resources that were blocked during page load.

Some site content may not be loaded; a common reason for that is that users make use of built-in on third-party content blocking options. While content blocking, e.g. to block ads or tracking, are common, there are also other reasons such as resources that time out or cut server connections.

Up until now, Firefox did not list the blocked resources in the list of network connections when opening sites in the web browser. 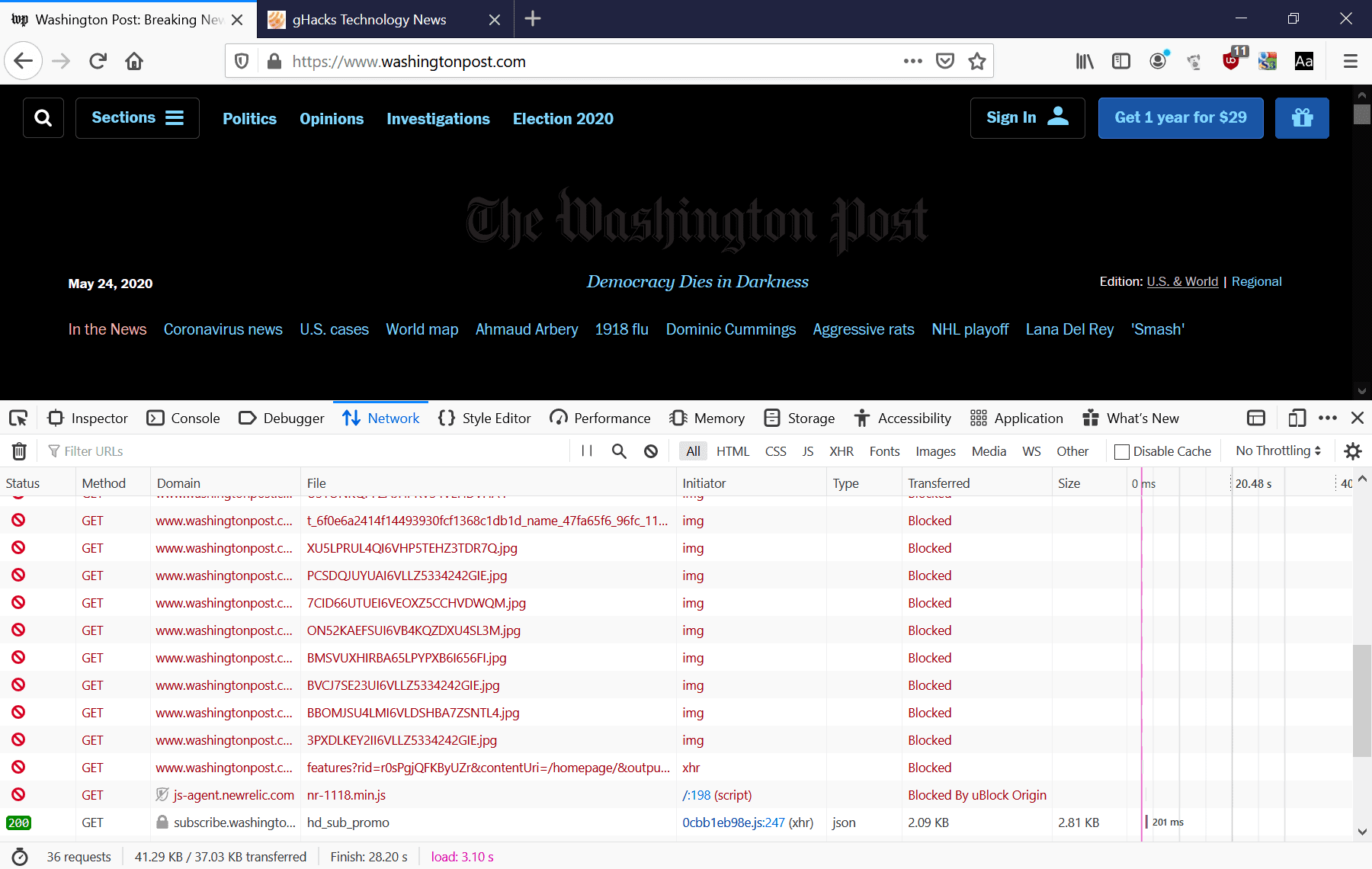 Firefox 78 comes with a new option to analyze blocked connections; the information is useful to site owners and developers for the most part, but home users may also find it useful if they notice that content is not loaded on certain sites.

The reason for that is provided as well, e.g. Firefox might display “blocked by uBlock Origin” if the extension is installed and active. Users may also see Tracking Protection or other blocker extensions as the reason for the blocking.

A click on the “transferred” column sorts the entire listing of connections based on the data of that column so that it is easy to analyze all resources that were blocked in the browser during connection to the site.

The developer tools provide no option to allow blocked connections; this needs to be managed in the blocking options of Firefox or the extension instead.

The new feature is already available in developer versions of the Firefox web browser. Firefox 78 Stable will be released on June 30, 2020 according to the browser’s release schedule.

Extension developers and webmasters may appreciate the new option the most but it may also be useful for home users who want to figure out why content is not loaded on a specific site.

Thank you for being a Ghacks reader. The post Firefox 78 comes with option to view blocked resources appeared first on gHacks Technology News.