Microsoft released Microsoft Edge 83, a new stable version of the company’s Chrome web browser, recently to the public. One of the changes of the release switched spell checking from the default Chromium-based spellchecker to Windows Spellcheck.

The change is active right after installation or upgrade to the new version; users don’t have to configure settings in Edge to make use of the new spellchecker.

Microsoft notes that Windows Spellcheck offers several advantages over the default spellchecker of Chromium-based browsers such as Google Chrome, Vivaldi, Brave, or Opera.

Previously, on Windows, Microsoft Edge and other Chromium browsers used open-source proofing tools for spell checking. Moving to Windows Spellcheck has a number of benefits, including support for additional languages and dialects, a shared custom dictionary, and better support for URLs, acronyms, and email addresses.

Windows users may install languages in the Settings application under Time & Language > Language. A click on “add a preferred language” to install another language pack on the device; this needs to be repeated for every language if spellchecking should use Windows Spellcheck on the device. 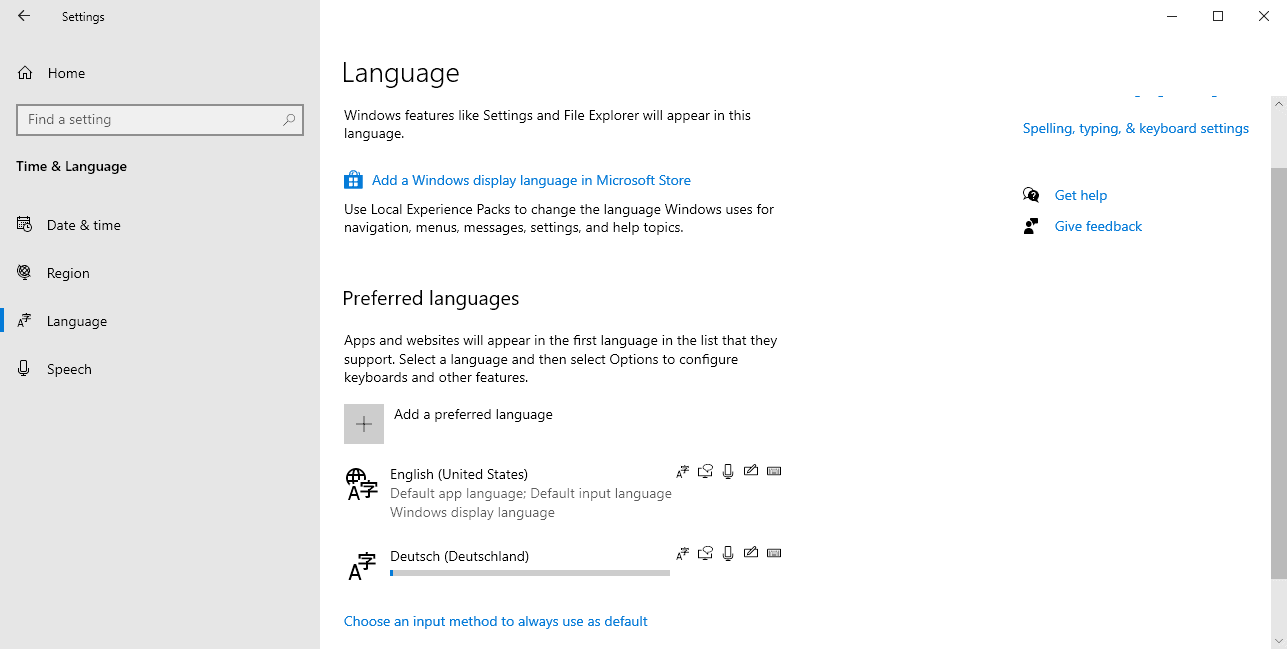 Microsoft Edge users may control spellchecking functionality in the browser directly. Here is how that is done: 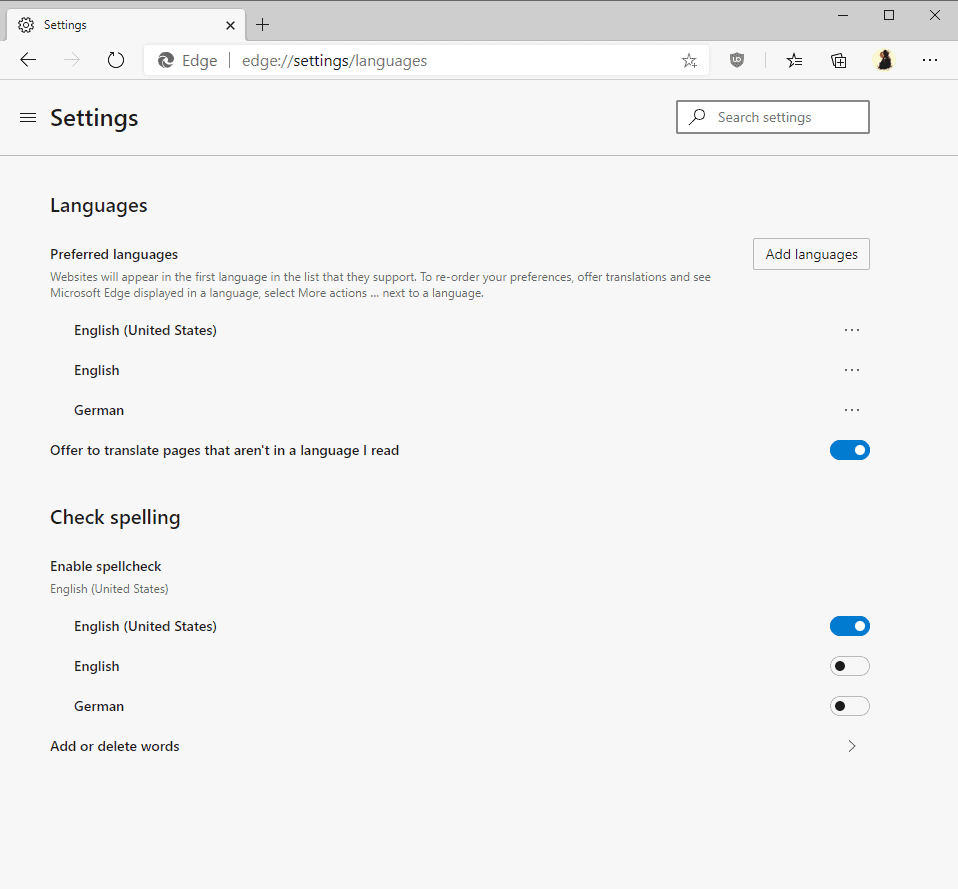 Microsoft notes that the feature was developed as a collaboration between Microsoft and Google engineers who work on the Chromium project. Ultimate, Windows Spellcheck functionality will become available for all Chromium-based browsers who are run on Windows 8.1 or newer versions of Windows.

You may check the experimental flag chrome://flags/#win-use-native-spellchecker to find out if a Chromium-based browser supports the native spellchecker on Windows already.

Now You: Do you use the spellchecker in your browser?

It is sometimes difficult to download certain elements from websites. Some sites use code that actively prevents the use of