Mozilla plans to make a change to the tab right-click menu in the Firefox web browser that moves options to close multiple tabs to a submenu.

You get a number of options when you right-click on a tab in Firefox; these range from reloading and muting the tab to bookmarking it or closing it. Up until now, options to “close tabs to the right” and “close other tabs” were listed alongside these options. 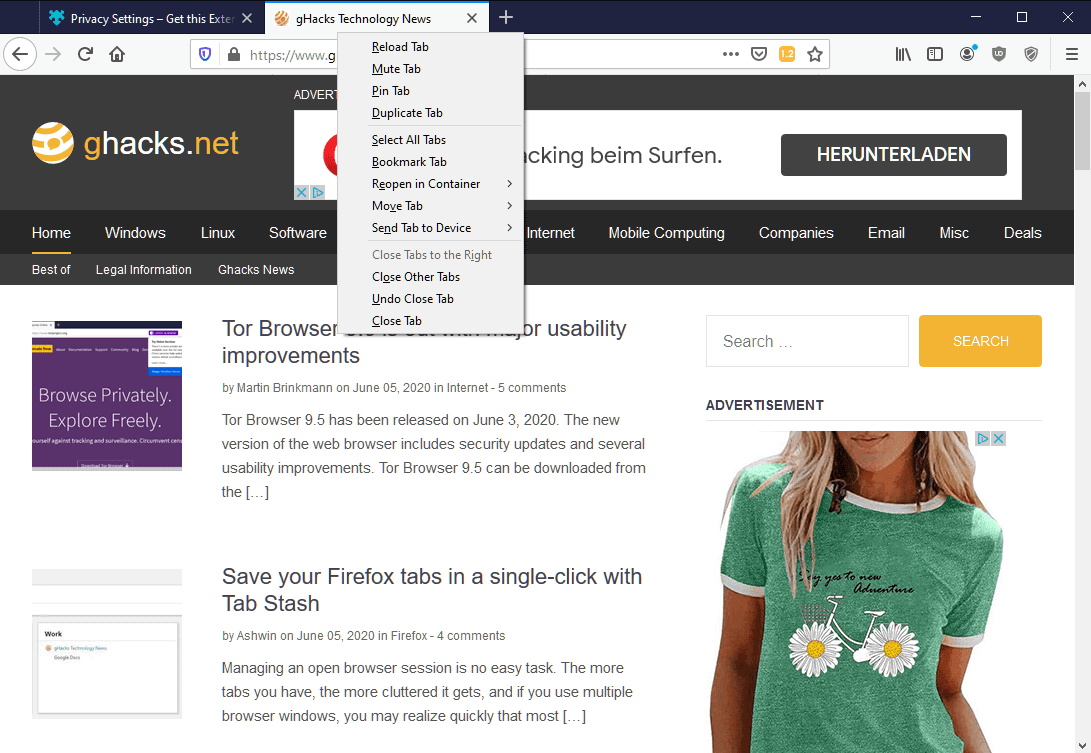 The options to close multiple tabs in Firefox will be moved to the “Close Multiple Tabs” submenu from Firefox 78 onward. Firefox users who use the options need to move the mouse cursor over the new entry before they may select one of the listed options. 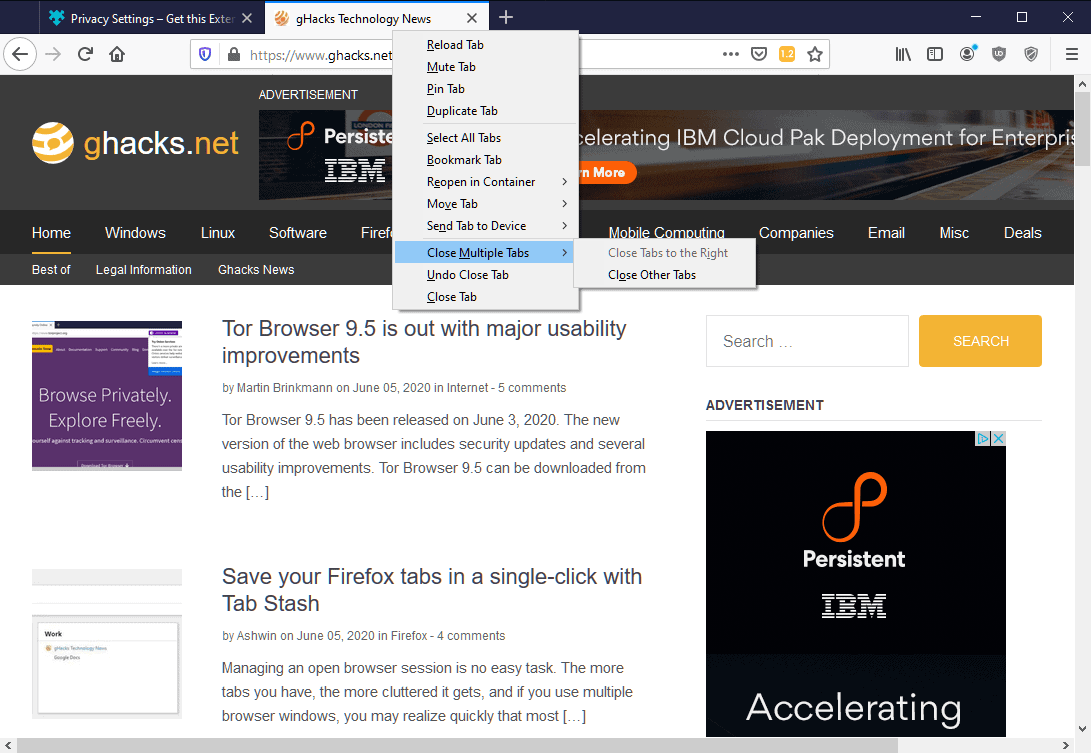 Note: The change landed in Nightly and should be considered not final at this point. It is possible that things will be changed further or that changes are reverted.

These were moved to a submenu because people were accidentally clicking them when trying to do non-destructive operations.

Veteran Firefox users may remember that Mozilla tried to make the change about two years ago but decided against it before it landed in the Stable version of the web browser.

Back then, the reasoning was that Mozilla wanted to avoid increasing the number of entries in context menu when it added new options to the context menu.

The change was made to introduce new actions into the context menu (i.e move tab) while not increasing the number of menu items in the context menu by moving less utilized actions into a sub menu. This is part of a larger series of changes to reorganize and update the context menu to accommodate multi-select tabs. Unfortunately, there will be trade-offs but the hope is that these new functions would be beneficial to the user.

The bug listing does not reveal why the change was not made back then and why it was reverted.

I never use the options that Mozilla plans to move to a submenu but some users are not pleased about the change. If you are one of them you may want to head over to Techdows as you find listed there a CSS script that restores the old context menu.

The better option, generally speaking, is to keep the old functionality as an option. Mozilla could have made it a setting, or could introduce menu editing options so that users who use these closing options could re-add them.

Extensions like Menu Editor or Menu Filter are unfortunately no longer compatible with recent versions of Firefox. It allowed you to change the menu to your liking by adding or removing options.

Now You: do you use the multi-close options in Firefox (or another browser)?

Thank you for being a Ghacks reader. The post Firefox 78: Close Multiple Tabs options moved to submenu appeared first on gHacks Technology News.

Microsoft to invest $1 billion in Malaysia to set up data centres: Malaysian PM