Microsoft ended support for the company’s Windows 7 operating system in January 2020 officially. The company provides Enterprise and business customers with options to extend support for up to three years, but did not provide a similar offering to home customers.

Windows 7, which was in extended support for the five years prior to January 2020, has not received updates since January and before that only security updates.

Microsoft did release the new Chromium-based Microsoft Edge web browser for Windows 7 in January — a day after support ended officially to be precise — and seems to have started to push the new browser to unsupported Windows 7 systems recently. 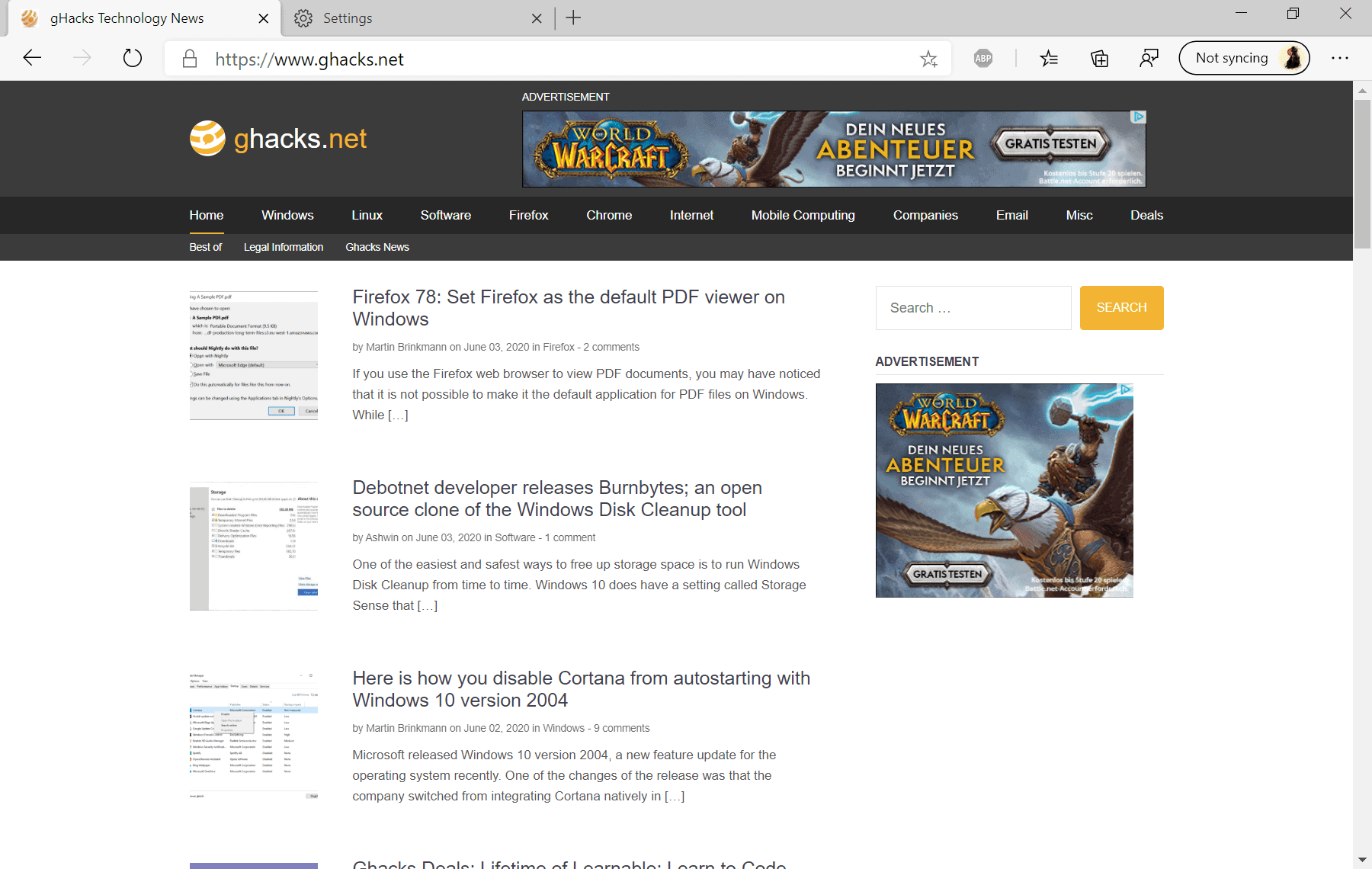 This update is not intended to target Enterprise devices. Specifically, this update targets devices that run Windows 7 SP1 or later versions and Windows 8.1 or later versions that are either Home, Professional, Ultimate, Starter, or Core editions. Devices that run these editions on Active Directory or Azure Active Directory domain are also excluded from this automatic update.

Business devices that were signed up to receive Extended Security Updates (ESU) will receive the update as well as Microsoft does not exclude these devices from receiving the new Microsoft browser via Windows Update.

The Chromium-based Microsoft Edge web browser will only be made available on Windows 7 if the following is true:

The new web browser won’t replace Internet Explorer on the device it is installed on. Edge will be pinned to the Windows taskbar and a shortcut will be placed on the desktop. The update won’t change the default browser on the system either.

Windows 7 devices have a sizeable market share, still, and most major browser makers still support the unsupported operating system. Microsoft did release the new Edge for Windows 7 when it came out in January 2020, and it makes sense, probably, to push it to Windows 7 devices from a business point of view.

Home users on the other hand may not like the move, considering that Microsoft did not provide them with an option to get continued support for the operating system.

Now You: Are you still on Windows 7? Have you tried the new Edge?

Thank you for being a Ghacks reader. The post Microsoft pushes the new Microsoft Edge to unsupported Windows 7 systems appeared first on gHacks Technology News.