Mozilla paused the rollout of the new stable version of the Firefox web browser that it released yesterday. The organization published Firefox 78.0 and Firefox ESR 78.0 yesterday, and has made the new version available via the browser’s internal updating system and as a direct download from the official website.

The rollout had to be stopped because of a bug that some users of the browser experienced after  installation of the new version. According to the official bug report — Search engines are gone with v78.0 — , all search engines were gone after the upgrade to the new version.

The reporter noticed other issues including that Firefox would not display any one-click search engines in the address bar, that auto-complete functionality did not work anymore, and that that search function on Firefox’s default New Tab page did not work either. 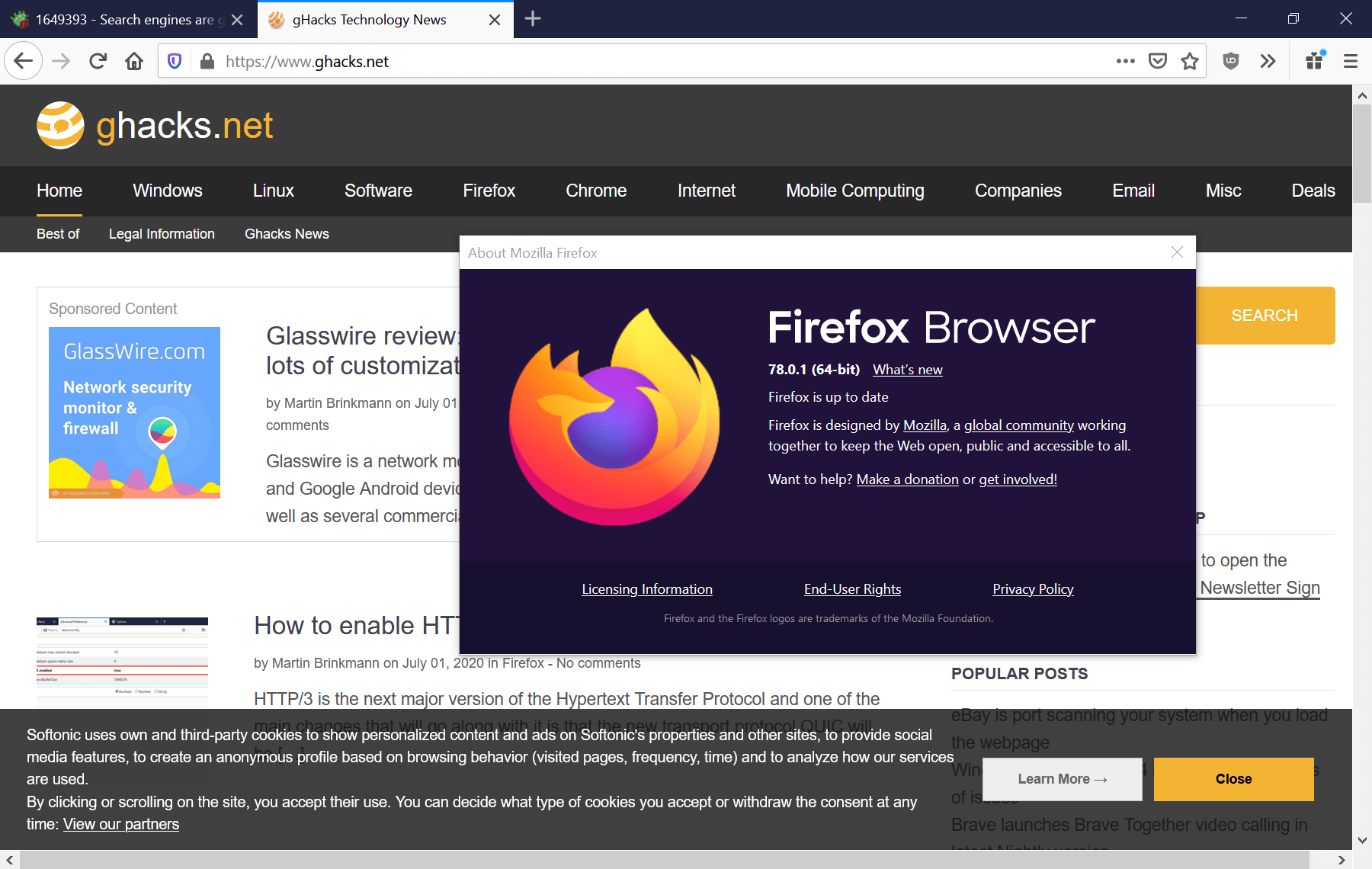 The issue affects Firefox Stable and Firefox ESR according to Mozilla, and may be experienced when the browser is updated to the new version. New installations of Firefox are not affected by the issue.

Mozilla engineers discovered that the issue was caused by a local IndexedDB database that was not working properly. Upon further investigation, it was revealed that the search engine of Firefox was switched to using “remote settings” in the new released, and that its functionality relies on IndexedDB to work properly.  Other functionality of the web browser is also affected by the issue.

Fixed an issue which could cause installed search engines to not be visible when upgrading from a previous release.

It is quite common for Mozilla to release a minor update shortly after a new major version release.

Now You: Why do you think that is? (via Techdows)