The developers of the privacy app AdGuard have released the first beta version of Adguard 7.5 for Windows to the public. The new version introduces two new features: DNS filtering and Windows Telemetry blocking.

Anyone can download the beta version for testing, or wait until version 7.5 is released to the Stable channel.

Windows Tracking protection is a new option of the program’s built-in Stealth feature. You need to enable Stealth Mode under Settings > Stealth Mode to get started. It lists numerous options, sorted into groups such as Browser API, Tracking methods, or Miscellaneous, that go beyond the mere blocking of advertisement and tracking on the Internet.

The new Windows Tracking section introduces four options at the time of writing. 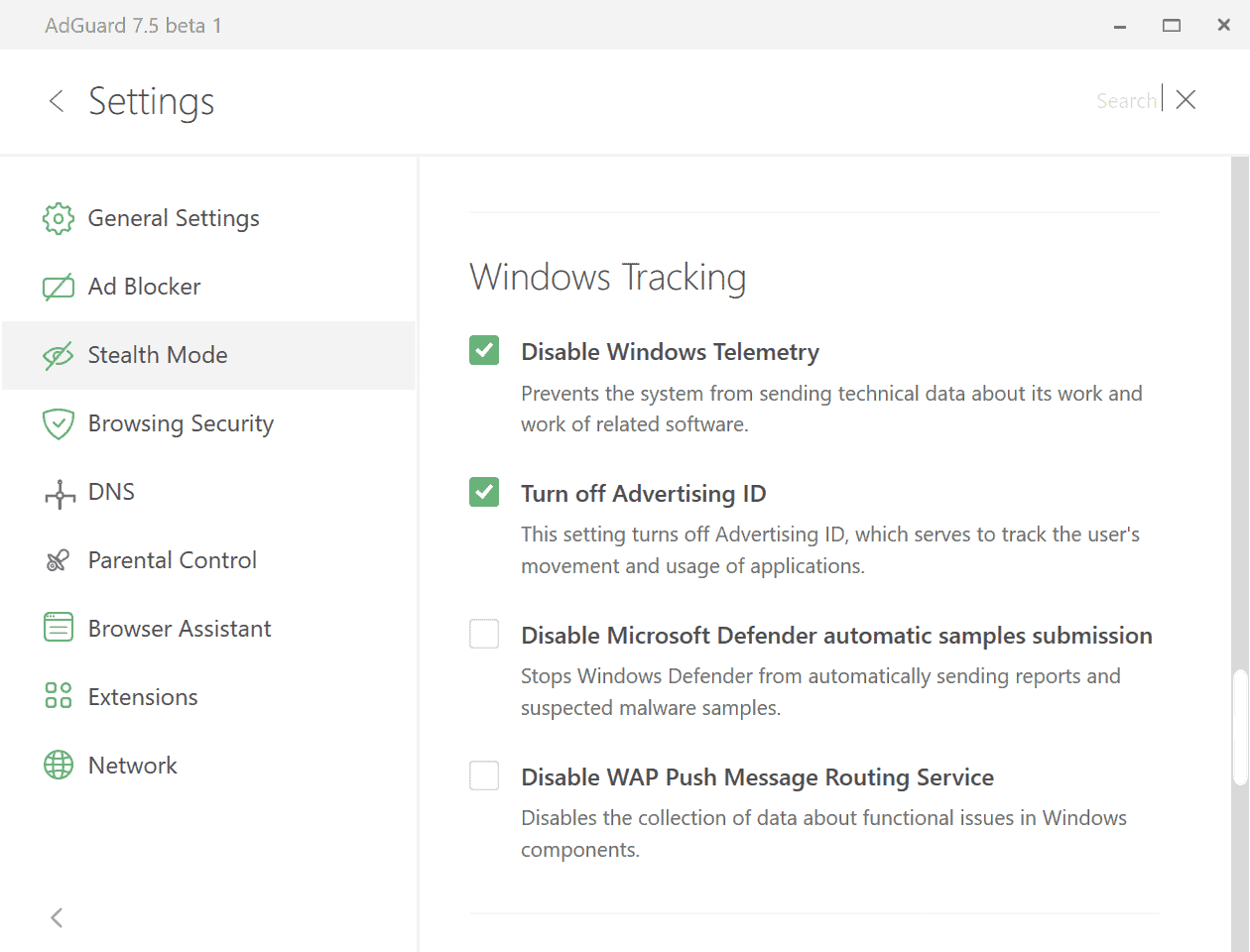 The first two, Disable Windows Telemetry and Turn of Advertising ID, are turned off for users who enable Stealth Mode. The other two, Disable Microsoft Defender automatic samples submission and Disable WAP Push message routing service, are disabled by default but can be enabled in the Settings.

The options are not as far-reaching as those offered by many Windows 10 privacy tools but they do block the sending of Telemetry data to Microsoft; it is possible that the section will get expanded in future updates.

DNS Filtering is the second new feature. While it has been available in other AdGuard products, it is a first for the Windows version. 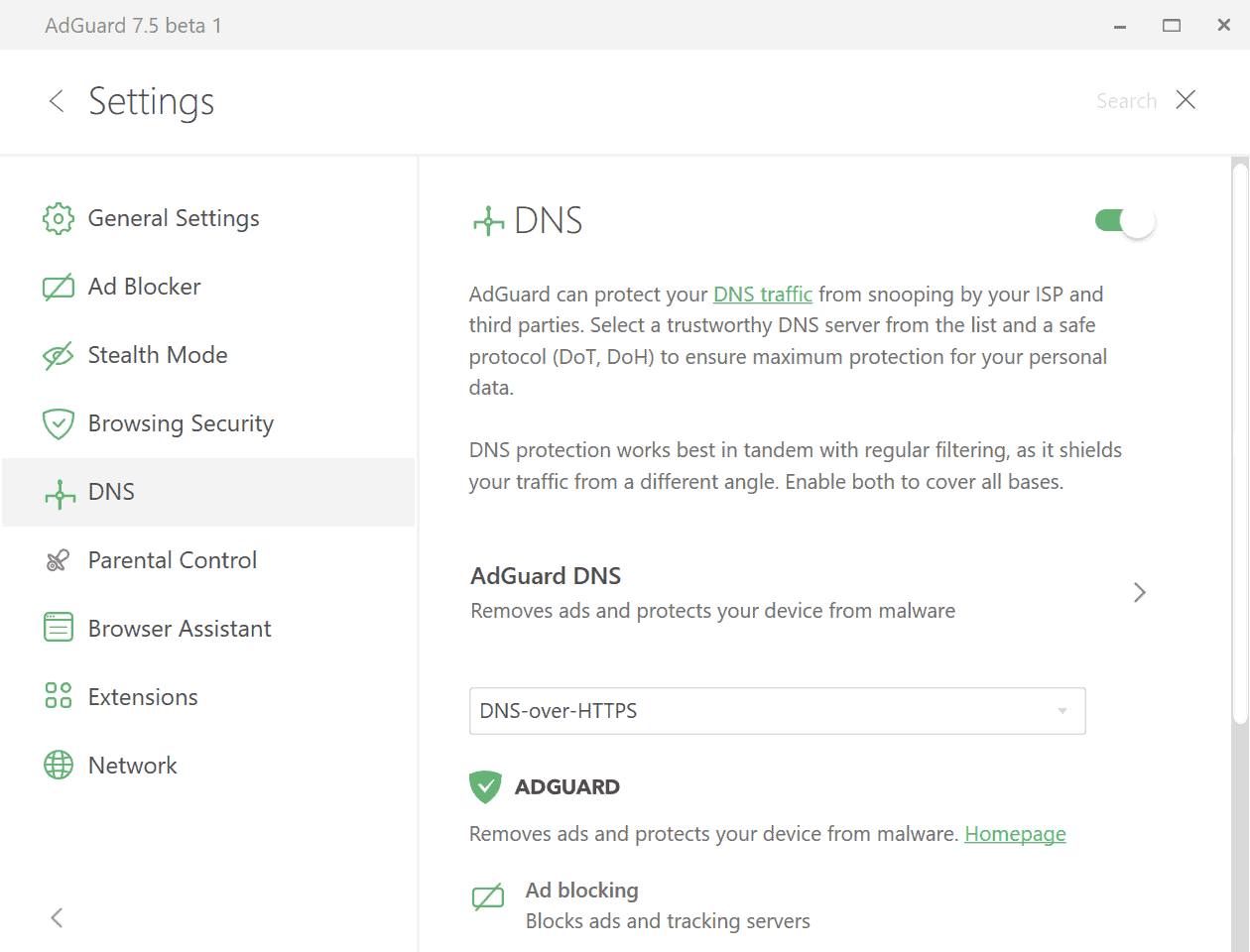 The feature is not enabled by default. Once enabled under Settings > DNS, you may use it to protect DNS traffic from snooping by the Internet Service Provider and third-parties, and to make use of other features the specified DNS server has to offer.

Apart from selecting a DNS provider from a preset list of available providers, including several AdGuard operated services, it is possible to specify customer providers and to enable encryption functionality, DNS-over-HTTPS, DNS-over-TLS, or DNS Crypt, on top of that.

If you select AdGuard DNS, for instance, you get ad blocking, tracker blocking, protection against known malicious sites, a strict no-logging guarantee and traffic encryption.

The two new features will find their way into the final version of AdGuard 7.5 for Windows. DNS filtering makes it easy to pick a system-wide DNS provider that protects DNS lookups and may provide other useful services such as the filtering of malicious domains or tracking.

You find additional details on the first beta version on the official company forum.

Now You: Have you tried AdGuard?