The update is available via Windows Update and also as a direct download from the Microsoft Update Catalog website. On Windows Update, it is necessary to check the “optional updates available” section under Settings > Update & Security > Windows Update; the update should be listed there.

The new update is a preview update and as such, should not be installed on most devices. It may make sense to install the update if you experience at least one of the issues. In all cases, it is advised to back up the system before the update is installed. 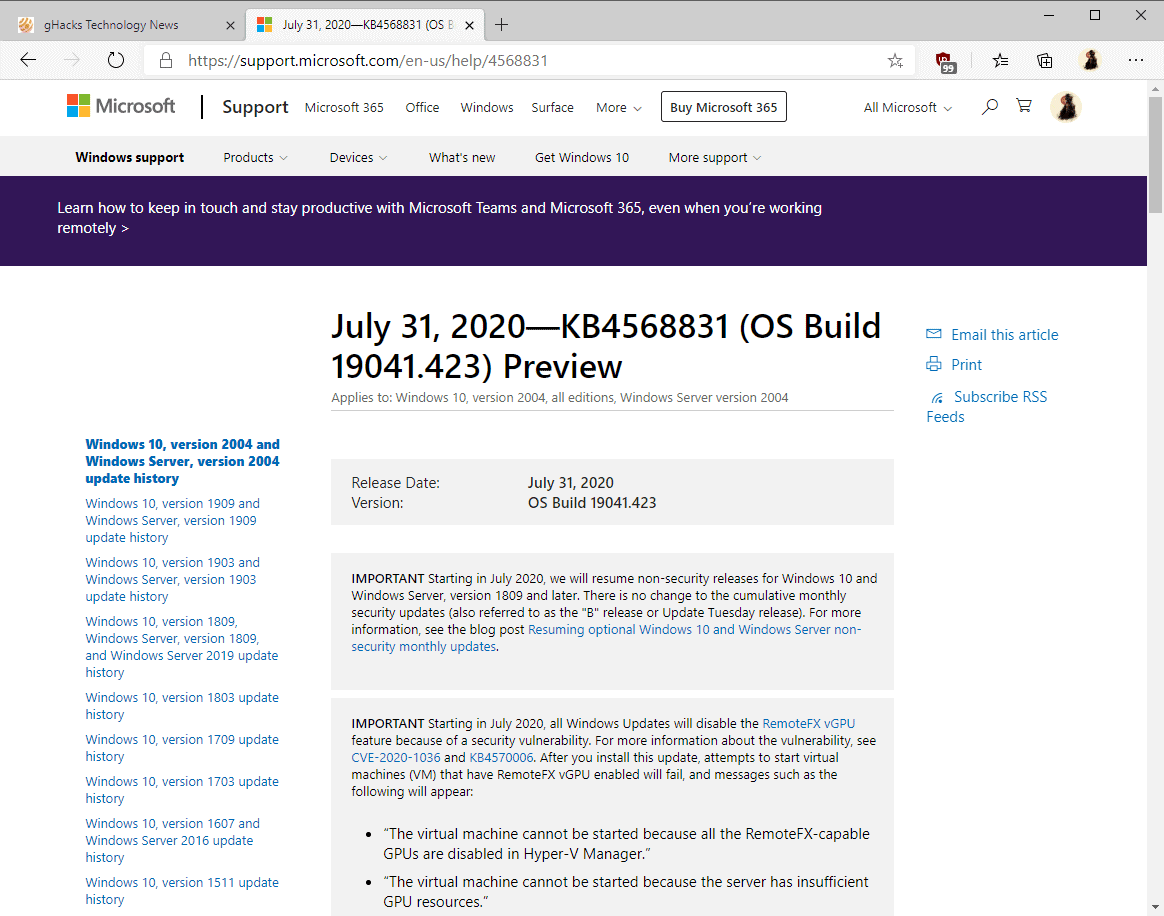 Microsoft lists the following changes on its support website:

Some apps, e.g. Microsoft Excel, may display an error, close or may stop working for users of Microsoft Input Method Editor for Chinese or Japanese.

Now you: when do you install updates?

Thank you for being a Ghacks reader. The post Windows 10 version 2004 update KB4568831 released appeared first on gHacks Technology News.