Run in Sandbox is a useful PowerShell script that Windows 10 administrators may use to add options to run executable files, zip archives, and scripts, in the Windows 10 sandbox.

Microsoft introduced Windows Sandbox in late 2018 as a way for administrators to run content in its own environment to avoid harm or changes to the underlying system. The Windows Sandbox is available in all professional versions of Windows 10 version 1903 or newer, but Windows 10 Home administrators may add it to Home systems as well; check out this guide that explains how to do that.

Run in Sandbox adds shortcuts for various file types to File Explorer on Windows 10. Once installed, all it takes to run a supported file type in the sandbox is to right-click on it and select the “run in sandbox” option from the context menu.

The main requirement for the script is that Windows Sandbox is installed already on the system. You can add the sandbox by searching for “turn Windows features on or off” and checking the “Windows Sandbox” entry in the Control Panel applet that opens. It is likely that this is going to be moved to the Settings app in the future, but for now, it works. 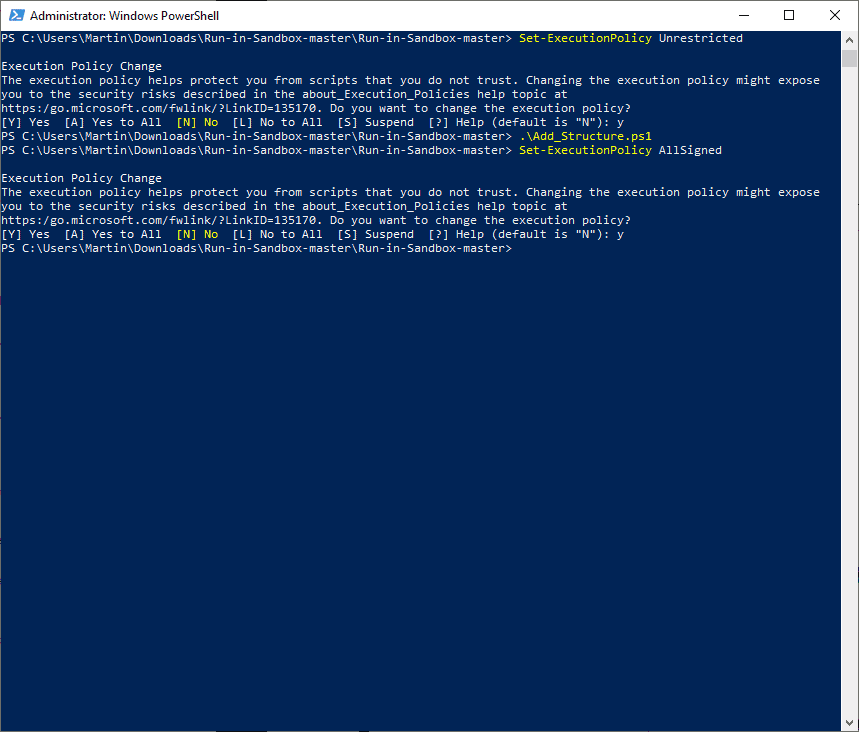 To install Run in Sandbox, do the following:

The script adds the context menu entries to File Explorer.

Note: When I tested the script on an English Windows 10 Pro version 2004 system, I noticed that it added French menu entries instead of English ones; this is probably a bug but easy enough to understand. 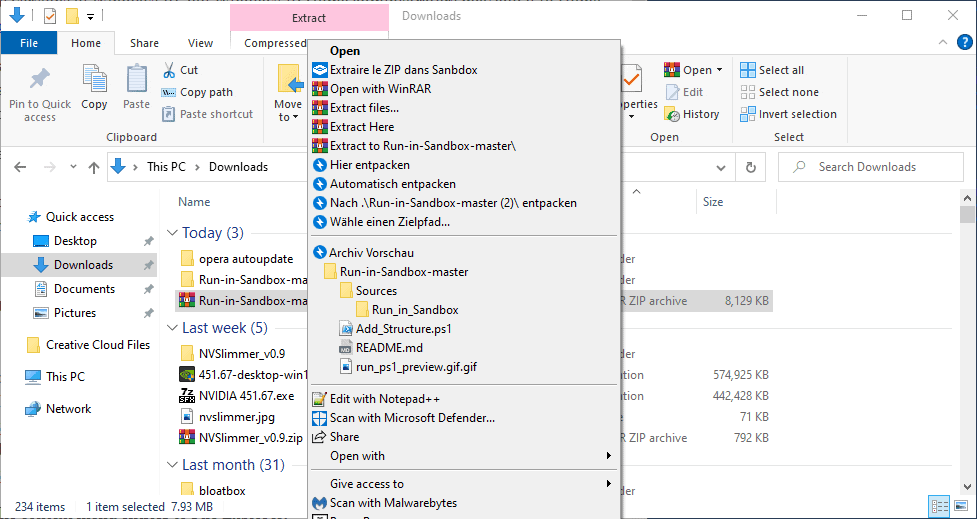 Run in Sandbox supports PS1, VBS, MSI, and EXE file types at the time of writing. The script creates a WSB file when you select the Run in Sandbox option from the context menu and the sandbox will be launched automatically afterwards.

Scripts, PS1 and VBS, display two context menu entries instead of one. The first runs the script without any parameters, the second allows you to add parameters.

Run in Sandbox is a useful tool for system administrators, software testers, and other users who like to execute content in a safe environment. While that is also supported by third-party applications like Sandboxie, it is not always allowed to run these in work environments. The Windows Sandbox offers a way out.

Now You: do you use a sandbox application? (via Deskmodder)

Thank you for being a Ghacks reader. The post Add "Run in Sandbox" options on Windows 10 appeared first on gHacks Technology News.

NASA is sponsoring a $5 million competition to find solutions for energy distribution, management, and storage that can be further