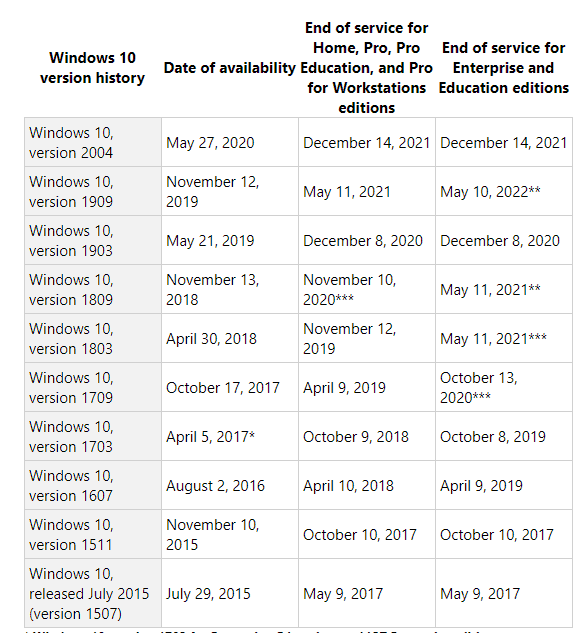 Windows 10 version 1903 support ends on December 8, 2020. Security patches will be provided on the day but no additional patches or support are provided after the date. Windows administrators have several update targets when it comes to keeping devices with the operating system version supported.

Microsoft did change its practice in regards to the distribution of feature updates in recent time. Feature updates are now offered as optional updates that should not install automatically anymore. The only exception to the rule applies to systems that are about to run out of support because of the installed version of Windows 10.

Now You: Which version of Windows 10 do you run, if any? (via Born)

Thank you for being a Ghacks reader. The post Windows 10 Version 1903 support end is near (December 2020) appeared first on gHacks Technology News.

US tightens exports to China's chipmaker SMIC, citing risk of military use