Microsoft announced just a moment ago that it has released the Windows 10 October 2020 Update, also known as Windows 10 version 20H2, to the public. The update will roll out to devices running Windows 10 over time starting with devices that Microsoft believes are well set up for an uninterrupted and issue-free upgrade process.

The company notes that the October 2020 Update is available for Windows 10 devices running version 1903 or later at the time of writing. It won’t install automatically according to the announcement, but needs to be searched for manually so that it can be installed.

All it takes for that is to use the keyboard shortcut Ctrl-I to open the Settings application — or select Start > Settings –, switch to Update & Security in the Settings app, and select the check for updates button on the page. 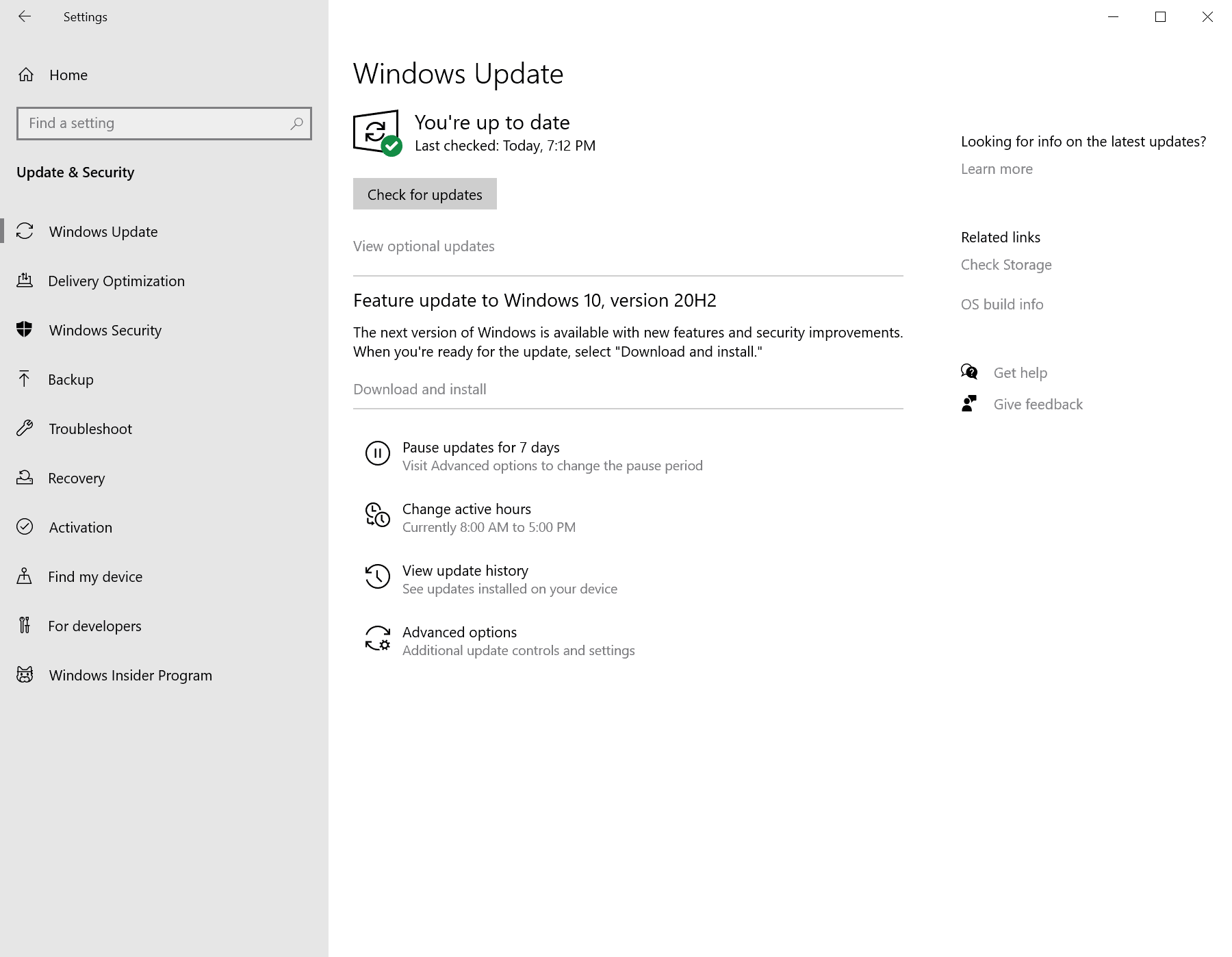 Windows 10 runs a manual check for updates at that point and should reveal the “Feature update to Windows 10, version 20H2” after the check completes. Select “download and install” on the page to start the download of the new update and its installation.

The update will take longer on devices running Windows 10 version 1903 or 1909. A restart is required in all cases. In any case, it is advised that a system backup is created before the update is installed so that it is possible to go back to the previous version.

Microsoft has made the decision to throttle the availability of the update and it is possible that the update won’t be offered at this point in time on devices; this does not mean that the system, its settings or applications are incompatible with the new version of Windows 10 but it is possible.

Microsoft lists a few known issues on the release information page. The bugs listed on the page are not necessarily stopper bugs that block the update from being offered to a device.

Windows 10 version 20H2 will be supported for 18 months on consumer systems, and for 30 months on Enterprise and Education systems.

Now You: Have you installed the update already? What is your experience?

Thank you for being a Ghacks reader. The post Microsoft starts the rollout of the Windows 10 October 2020 Update appeared first on gHacks Technology News.

AutoX, which is also backed by Dongfeng Motor Group Co Ltd and SAIC Motor Corp Ltd, will have a fleet

Machine Learning Is Changing the Future of Software Testing