Windows 10 version 1903 will reach end of support next month on December 8, 2020 for all supported editions of the operating system. The version of Windows 10 was released on May 21, 2019 and Microsoft has released three newer versions of Windows 10 since that date.

Enterprise and Education customers get 30 months of support for the second feature update of a year, while Home customers get only 18 months regardless of time of release. 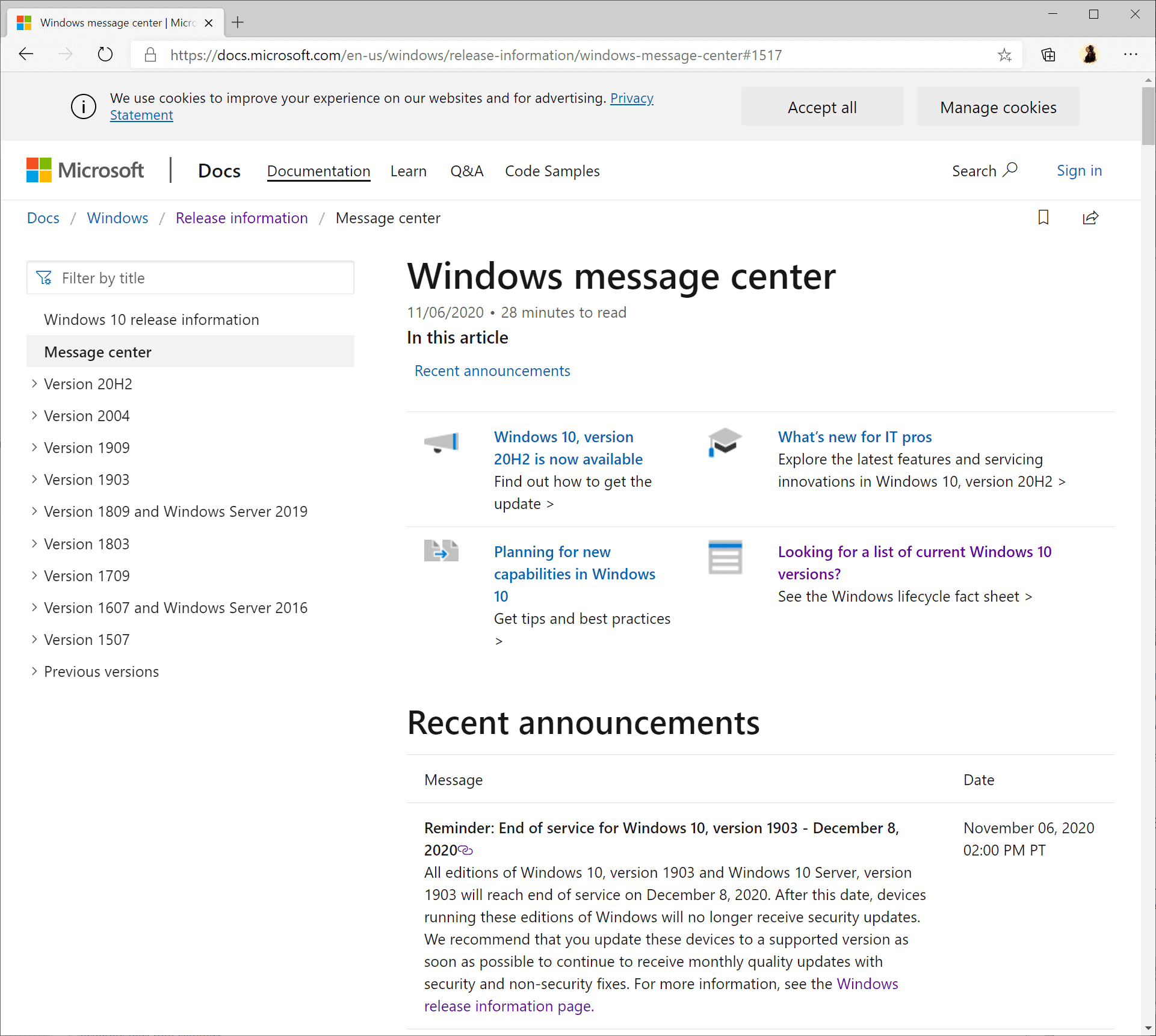 Microsoft will enforce updates of systems that have run out of support or are about to run of support. A reminder was published to the Windows Message Center on November 6, 2020 about the upcoming end of support:

All editions of Windows 10, version 1903 and Windows 10 Server, version 1903 will reach end of service on December 8, 2020. After this date, devices running these editions of Windows will no longer receive security updates. We recommend that you update these devices to a supported version as soon as possible to continue to receive monthly quality updates with security and non-security fixes.

Systems will be updated automatically using the built-in update functionality of the operating system if it is enabled and not blocked somehow. According to German site Dr. Windows, systems will be updated to version 1909 and not a newer version. The reason given is that it speeds up the updating process and that the update is less prone for causing issues.

Now you: do you use Windows 10? Which version are you on?

Thank you for being a Ghacks reader. The post Microsoft will enforce Windows 10 version 1903 upgrades because of end of support appeared first on gHacks Technology News.