Linux Mint 20.1 is now available; the first stable release of Linux Mint in 20.1 is available in the three flavors Cinnamon, MATE and Xfce. The new version of the Linux distribution is based on Ubuntu 20.04 LTS and Linux kernel 5.4.

Since it is a long-term support release, Linux Mint 20.1 will be supported until 2025. The Linux distribution comes with updated software and refinements and new features according to the development team.

Linux Mint 20.1 includes several new features. The developers have added an option to turn websites into desktop applications in the new version. Start the new Web App manager to turn any site, e.g. gHacks, Twitter, or YouTube into a web app. 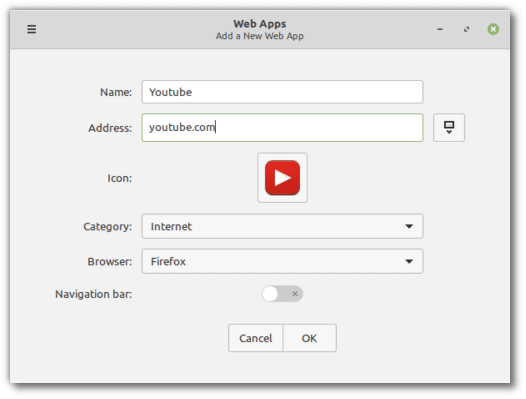 Web apps behave like desktop programs for the most part; they start in their own window and use a custom icon, and you find them in the Alt-Tab interface when you use it. Web apps can be pinned and they are found in the application menu after they have been created.

Another new application in Linux Mint is the IPTV player Hypnotix. The application supports Live TV and playlists, and if a VOD section is available, TV services and movies. The app comes with default support for the free IPTV provider Free-IPTV which provides access to free live TV only.

Here is a list of “other” features shared across all three desktop environments:

Some features are desktop environment specific. In Cinnamon, there is a new option to right-click on files to add them to the favorites. Favorites can be accessed from the Favorites section of the files manager and the application menu.

Cinnamon 4.8 includes performance improvements, the developers mention a 5% rendering improvement at 4K and lower. Other improvements in Cinnamon include better Flatpak and spices support, a new relevance sort order of search results in the application menu, and support for thumbnails for files up to 64 Gigabytes in nemo.

You can check out the release notes and what’s new posts on the official Linux Mint website:

Direct downloads for all supported desktop environments are available on this page.

Thank you for being a Ghacks reader. The post Linux Mint 20.1 long-term support release is out appeared first on gHacks Technology News.