Google Images Restored is an extension for Chromium-based and Firefox-based web browsers that restores the classic Google Images web interface and its functionality. Google started to tinker with the interface on Google Images in 2018 when it removed the “view image” button from the site. The feature allowed users to view the selected image in a new tab in the browser. Workarounds were discovered, but many users still missed the simplicity of the button.

Search engines such as Startpage continue to provide the functionality.

Extensions like View Image For Google Images were created to restore the functionality. Google did change the design of Google Images as well and revealed plans in 2019 to bring what it called shoppable ads to Google Images.

Google Images Restored is an open source extension that restores the classic preview interface of Google Images and the view image button on the site. All you need to do is install the extension in the browser of choice and to reload any Google Images page that is open already.

Here is a comparison of the current layout and design of Google Images and the design that you get when you install the extension: 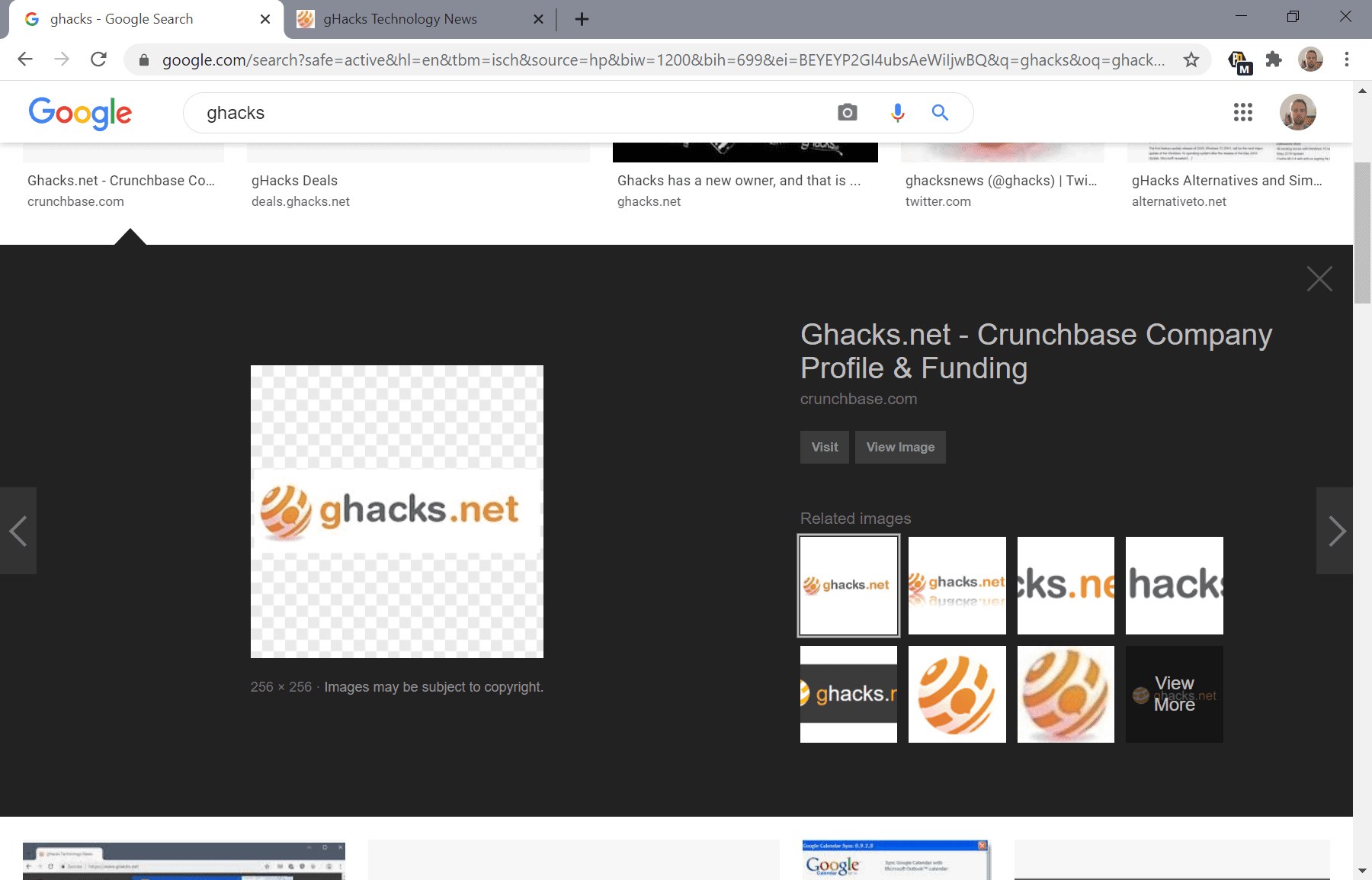 The extension restores the old look and feel of Google Images in the browser it is installed in. You do get the view image button as well when you select one of the images displayed by Google Images. Previews are displayed in the center and not on the right.

Additionally, the extension removes “related search” features that Google added to the site in mid 2019.

The extension worked fine in Firefox and Google Chrome during tests. It should also work as described in other Chromium-based web browsers such as Microsoft Edge, Brave, Vivaldi, or Opera.

Google Images Restored is a straightforward extension that restores the classic Google Images design and its functionality. If you are using Google Images, and prefer to have the view image button, it is one of the extensions that you can install to restore that button.

Some users may prefer to use a different search engine, e.g. Startpage or DuckDuckGo, as they offer that functionality by default and offer better privacy.

: which image search engine do you use, and why?

Domestic audio and lifestyle brand Boat has launched a new collection of audio wear named ‘TRebel’. The collection is targeted