Moving the video page in a separate window and resizing it may work as well, but picture-in-picture’s solution is more elegant most of the time.

Mozilla revealed some time ago that it was considering lifting the one-video limit for the Firefox web browser’s Picture-in-Picture mode. While most Internet users may not have a need for that, unlocking the limit could be of interest to some users, e.g. when watching multiple sports matches, or different camera angles of a single one, or watching news or the stock market. 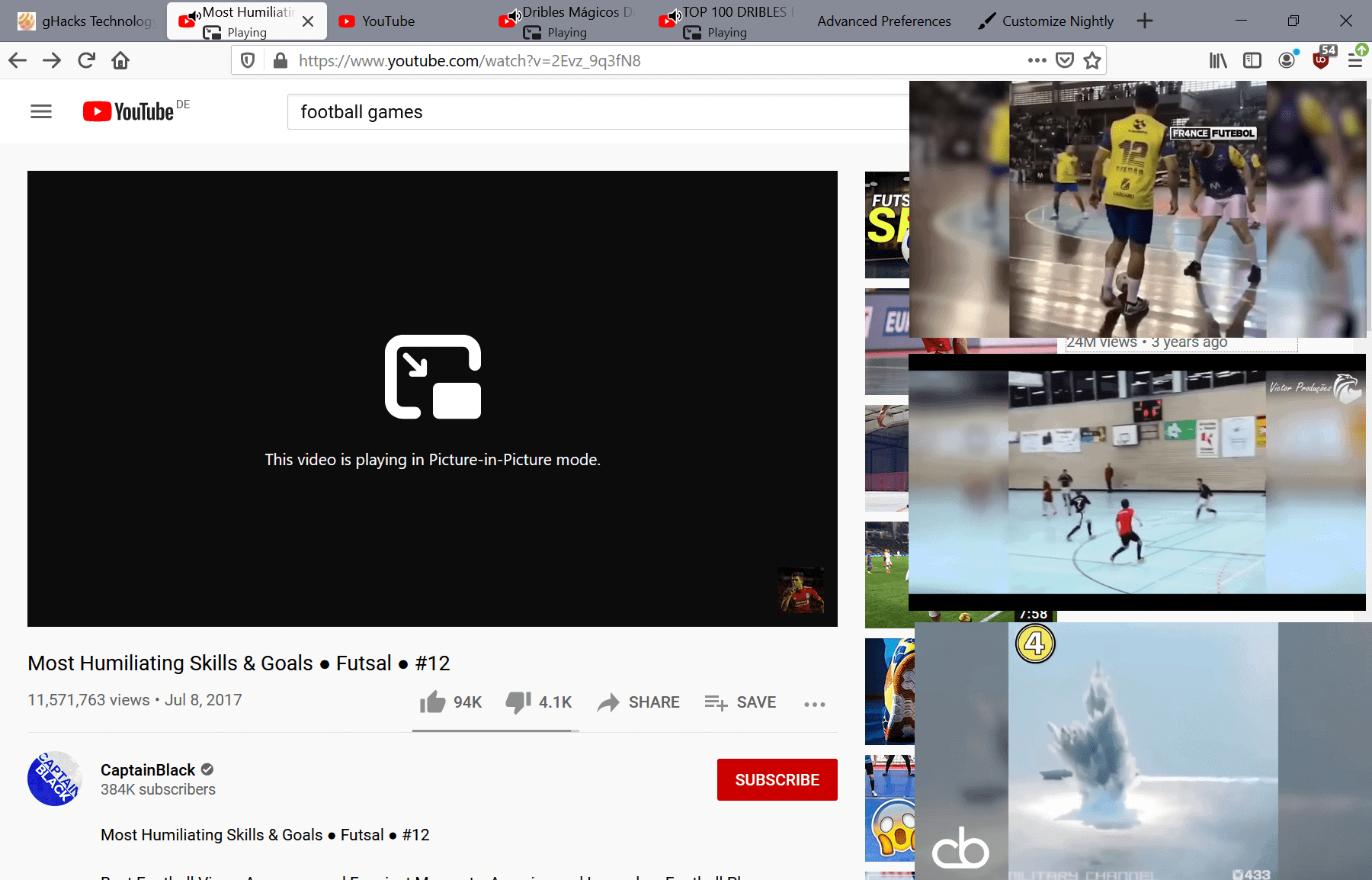 Mozilla enabled the feature in the most recent Firefox Nightly version by default. It is not obvious immediately that it is enabled, as it is necessary to open multiple tabs with videos to make use of the feature.

Here is how it works currently:

Videos play simultaneously and so does the audio. You can mute the sound of individual videos to hear the sound of only one, but it is no requirement.

Videos can be paused and all other Picture-in-Picture controls are provided. The main Firefox window displays a “playing” indicator for all video tabs.

Now You: Do you use Picture-in-Picture mode?

Thank you for being a Ghacks reader. The post First look at Firefox's Multiple Picture-in-Picture video feature appeared first on gHacks Technology News.