Keyboard shortcuts are pretty useful if you want to perform tasks quickly. If you want more shortcuts, you’re in luck, AHSKShortcutLikeMake is a small tool that adds many macOS style hotkeys to Windows. 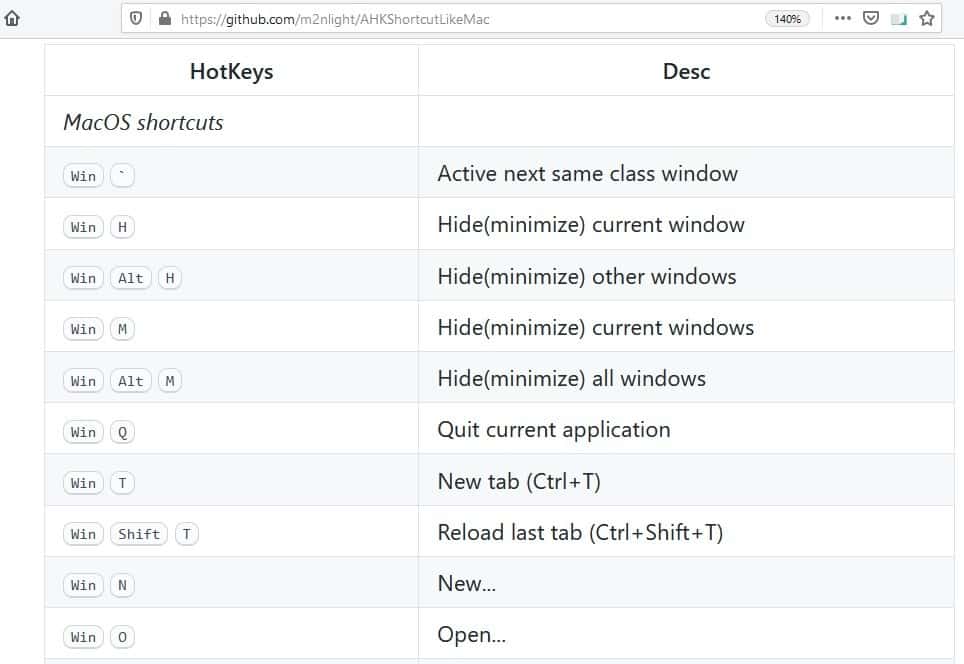 The program is portable and the executable is called MacHotkey.exe. Run it and a new icon will appear on the system tray. It resembles AutoHotKey’s icon, and that’s because AHKShortcutLikeMac is basically a script for it.

There is no interface for the hotkey utility, but the keyboard shortcuts are active. So you can just start using them, and there are dozens of these. Want to quickly minimize a program? Use Win + H. If you want to do the opposite, i.e., hide all other windows, hit Win + Alt + H. 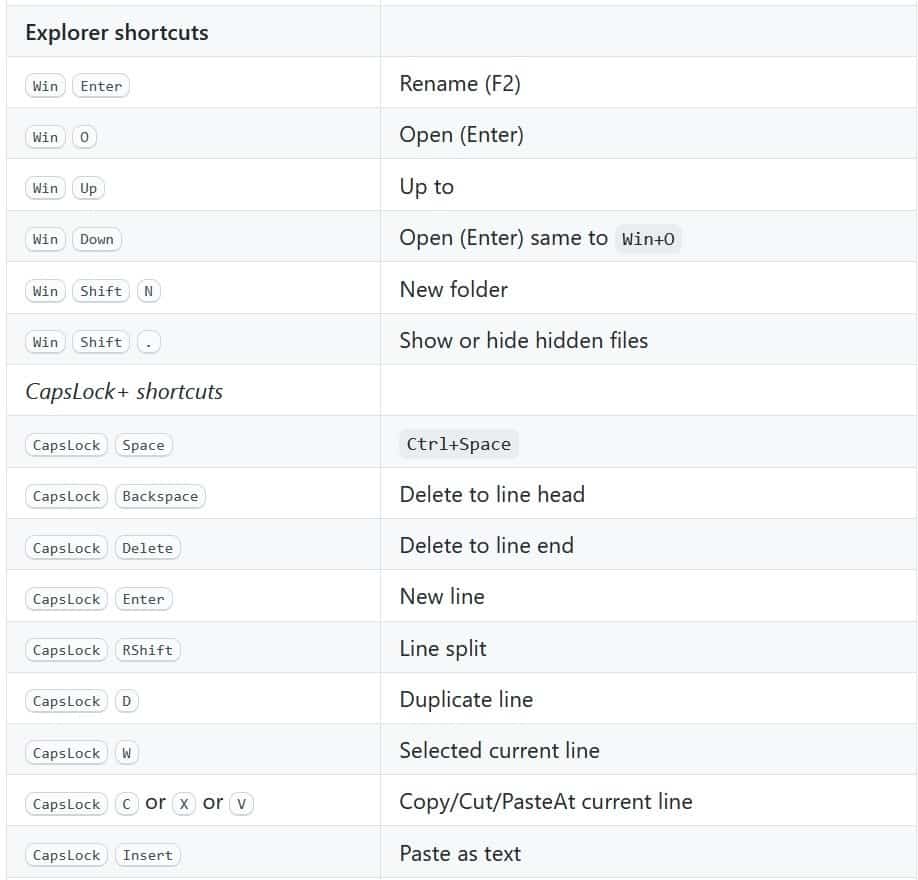 All macOS-like hotkeys in AHKShortcutLikeMac use the Windows key in combination with other keys. These include alternatives for existing shortcuts like Ctrl + C, Ctrl + V, Ctrl + O, to name a few. While this may not seem useful at first glance, it can be a huge lifesaver if your Ctrl keys are not working. Speaking of which, you may want to try Dual Key Remap, an open source program that helps you remap your keys.

Circling back to AHKShortcutLikeMac, it really needs a better name, doesn’t it? The program adds a handful of  Explorer shortcuts that let you toggle hidden files, open new folder, go up/down a folder. The way I used these was by holding the Windows key, and using the other key to navigate between folders, and it does seem faster. 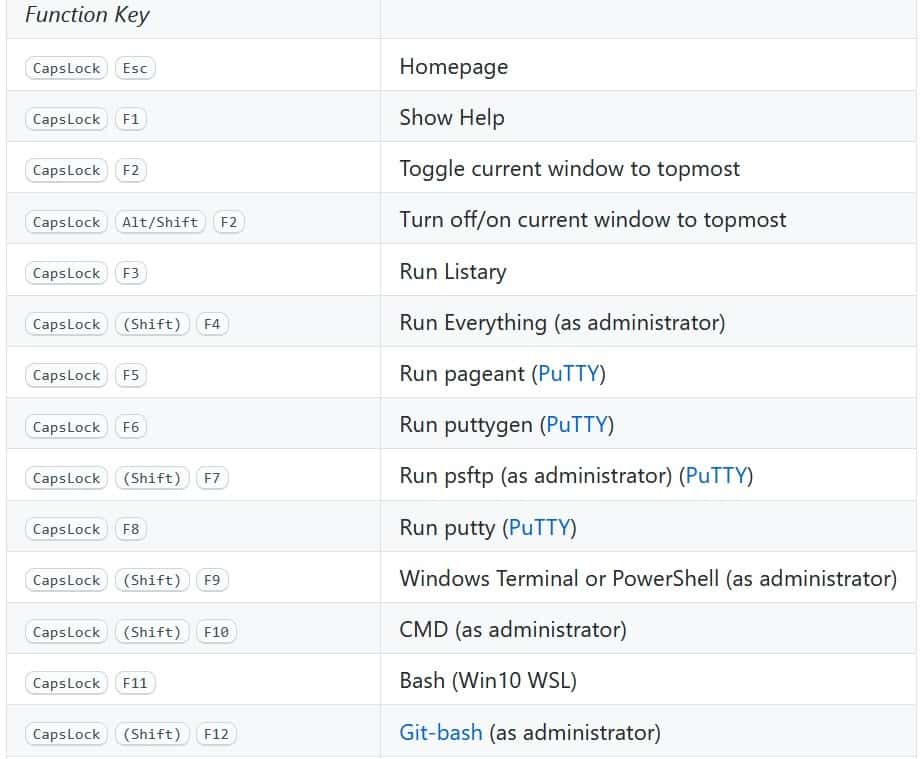 AHKShortcutLikeMac also boosts the functionality of the CapsLock key, and makes editing documents better. You can duplicate lines, select the current, move the cursor, copy or paste content to the current line, etc. It also adds options to change the windows transparency, you need to use Caps Lock and one of the keys on the number row (from the Tilde ` to 0) to set it between 0 to 100%. Add a random password with the hotkey Caps Lock + Alt + B, this also works with Shift instead of Alt. The downside to this is of course that CapsLock does get toggled after using one of the shortcuts. But that is easily fixed with a single tap.

And there are more Caps Lock-based keyboard shortcuts, and these involve a combination of the Function keys. Hit CapsLock + F1 to view the tool’s help page, it lists many of the shortcuts. AHKShortcutLikeMac also supports a few external programs such as Everything, Putty, CMD, and Bash. 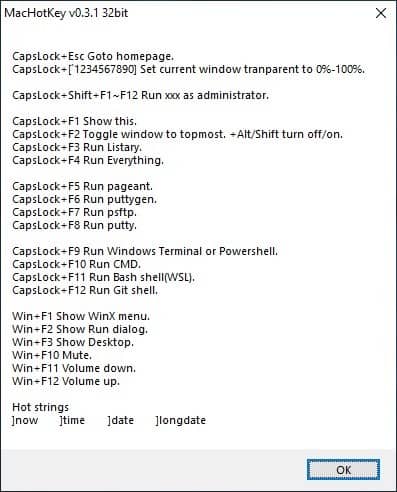 Don’t have multimedia keys on your keyboard? No problem, Use Win + F10 to mute the sound. Likewise, the Win + F11/F12 serve as the volume up and down keys. Toe stop the application, right click on the tray icon and select Exit. Or, you can use the Pause Script or Suspend Hotkeys options, if you want to temporarily disable the tool.

AHKShortcutLikeMac is an open source application. I recommend reading the list of available shortcuts on the program’s GitHub page. The shortcuts are not customizable, so if some of them conflict with existing shortcuts in other programs, there’s no way to fix those.

Want shortcuts for your browser? Try a Vim-like addon such as Quick Commands, Vim Vixen or Surfing Keys.

Thank you for being a Ghacks reader. The post AHKShortcutLikeMac is an open source tool that adds many useful keyboard shortcuts to Windows appeared first on gHacks Technology News.

Domestic audio and lifestyle brand Boat has launched a new collection of audio wear named ‘TRebel’. The collection is targeted