NordVPN is a commercial VPN service with desktop programs for Windows, Mac and Linux devices, mobile apps for Android and iOS, and options to set up the service manually on modems, routers, NAS and other platforms.

NordVPN at a glance

NordVPN has a single plan that offers all features of the service to its customers. Users get discounts when they sign-up for longer periods of time, but the feature set is always the same.

All customers may install and use the service on up to six devices at the same time. These can be desktop PCs, laptops, smartphones, tablets, routers, or any other hardware that is capable of connecting to VPN services.

Note: NordVPN is offering dedicated IP addresses for €56 per year. This is an add-on service.

Most NordVPN users will likely use the provided clients, but options are available to configure devices manually if that is required or preferred.

NordVPN operates more than 5300 servers in 59 countries; the company has a strict no-logging policy and the claim was confirmed twice by independent security audits. The latest audit in 2020 by PwC Switzerland confirmed the claims. 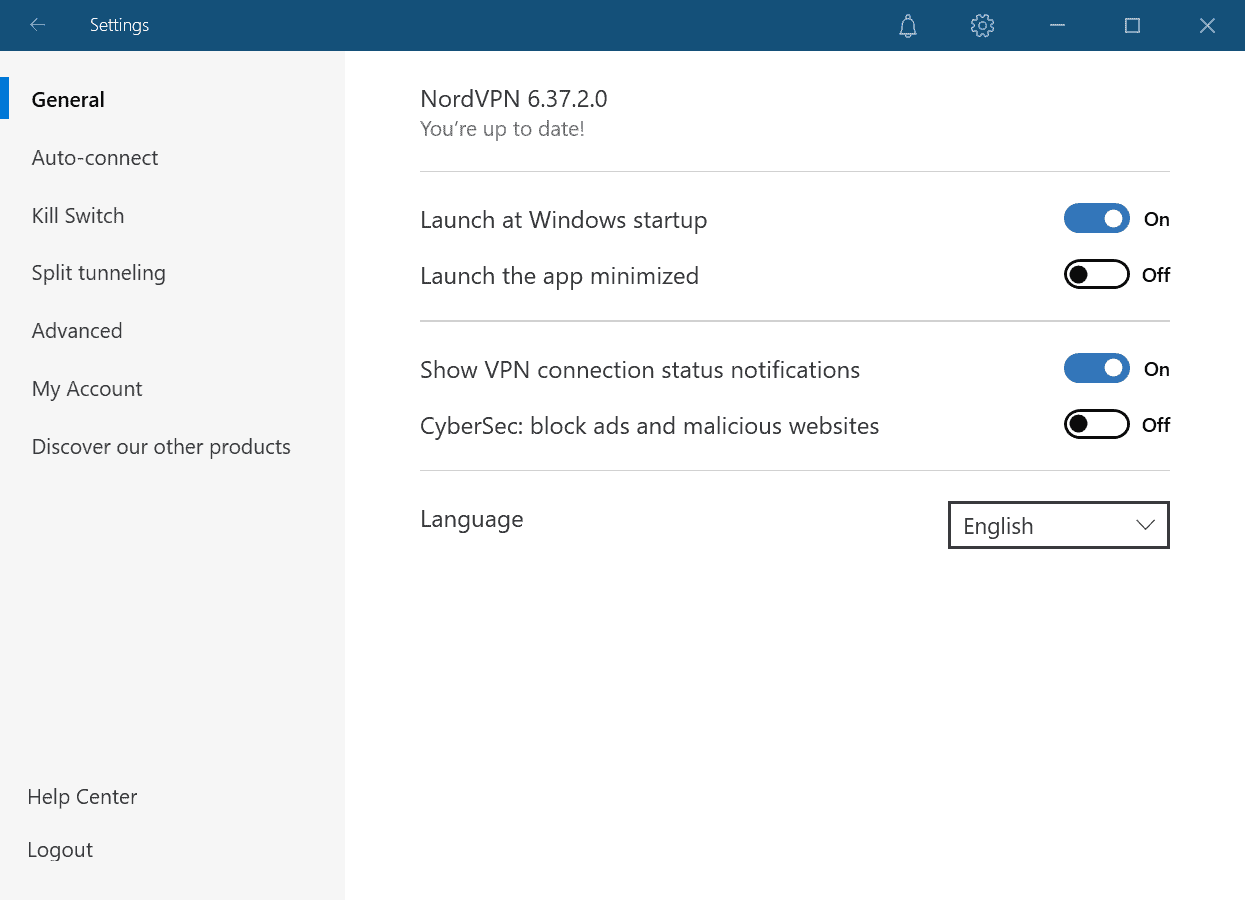 NordVPN supports a wide range of privacy and security features. The VPN service supports the state of the art WireGuard protocol, called NordLynx by the company. It is much leaner than other VPN protocols and has been modified by NordVPN engineers using a double NAT system which ensures user privacy when using the protocol.

Clients provide access to all servers, and it is up to the customer to pick a server from the country list or a specialty server.

CyberSec – CyberSec integrates ad blocking and the blocking of malicious websites into the service. It is turned on by default and acts as a first-line of defense.

We ran several tests to determine NordVPN’s performance. The system we used was connected to a 50/20 Mbit connection to the Internet from a location in Germany.

We used Speedtest.net for the test, and ran three tests for two different servers to test a local NordVPN server and a server in the United States.

The tested performance matches that of the Internet line, which is very good. Mileage may vary depending on the server or servers, and the Internet speed as well as connection quality on the user’s end. All in all, excellent speed test results for standard Internet connections.

A VPN should not leak the local device’s IP address, as it would not be all that great for privacy. Good news is that NordVPN passed all leak tests that we ran:

For this test, Netflix and Amazon Prime were selected. First, I tried to access the services from Germany using a German server; this worked without issues.

For the next test, I connected to a United States server and tried to access the two streaming services again; this worked equally well and without any issues.

Judging from comments online, but not tested as part of this review, NordVPN can be used to unlock a wide range of streaming services that include Disney+, Hulu, HBO Max and Go, Paramount Plus, Crunchyroll, as well as many others. For Netflix, all regional streaming offerings could be accessed using NordVPN.

The company behind NordVPN

Tefincom S.A. established NordVPN in 2012 in Panama. The company was renamed to NordVPN S.A. in 2020 as part of a restructuring.

In 2019, NordVPN became one of the founding members of the VPN Trust Initiative (next to ExpressVPN, VyprVPN, SurfShark and NetProtect).

NordVPN is an excellent VPN service. It is a bit pricey if you subscribe for a single month, but if you sign-up for two years, you pay $3.30 per month effectively and get 3-months free on top of that.

NordVPN uses its own enhanced version of the WireGuard protocol, supports all the features that you’d expect from a VPN plus more, such as double-server support, streaming services unlocking, or obfuscation support.

It is not too expensive if you pay for a year or two years. While the support is quite accessible via chat and email, there is no option to call company support.

All in all, NordVPN offers excellent value for the money that you pay, provided that you subscribe for a year or a longer period.

NordVPN application is not opening

There are several reasons for NordVPN not opening:

Thank you for being a Ghacks reader. The post NordVPN Review: how good is the VPN service? appeared first on gHacks Technology News.

Amazon has infused Rs 450 crore into its payments unit in India, Amazon Pay, according to regulatory documents. The fresh