If you launch some native applications on Microsoft’s new Windows 11 operating system for the first time, you may notice that these applications need an update from the Internet, more precisely the Microsoft Store, before they can be launched on the system.

If the device is offline on first run, applications such as Sticky Notes can’t be launched until the system goes online and downloads the required files from the Microsoft Store.

Microsoft’s idea behind the change is to save disk storage on the device. While it is unclear how much disk space is saved by using placeholders for some of the applications on the device, it is clear that some users will run into issues when they launch the apps for the first time.

“[APP] needs an update. We are getting the update ready for you” is displayed when such an app is started for the first time on the device. 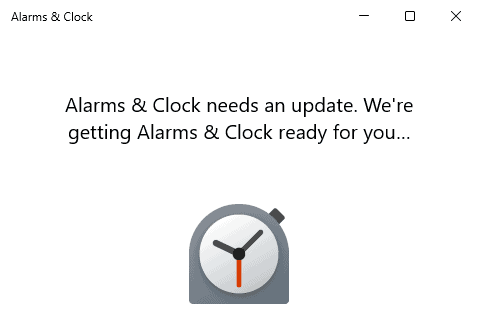 Want to set an alarm for the first time while camping or working in nature? You can’t, without Internet connectivity.

The only option that Windows 11 users have is to either find replacements for these applications, or launch the applications while Internet is available, maybe on first start of the system if Internet connectivity is available.

Microsoft should have marked these applications specifically to make it easier to distinguish between those that require Internet connectivity and those that can be run immediately, even while offline.

Now You: do you think it is a good idea to make some apps require an Internet connection on first run?

Thank you for being a Ghacks reader. The post Some native Windows 11 apps require an Internet connection on first launch appeared first on gHacks Technology News.