The new version of Windows will be released on October 5, 202.1

Microsoft released its PC Health Check tool when it announced Windows 11 officially. The tool was available to Insiders only, and checked, if the PC it was run on was compatible with Microsoft’s Windows 11 operating system.

The company pulled the tool shortly thereafter, and promised that it would release an updated version of it before the release of Windows 11. The updated version was released for Insiders exclusively some time ago; this public version of the tool is now available.

Run it, hit the “check now” button at the top, and you are told whether the device meets the requirements. 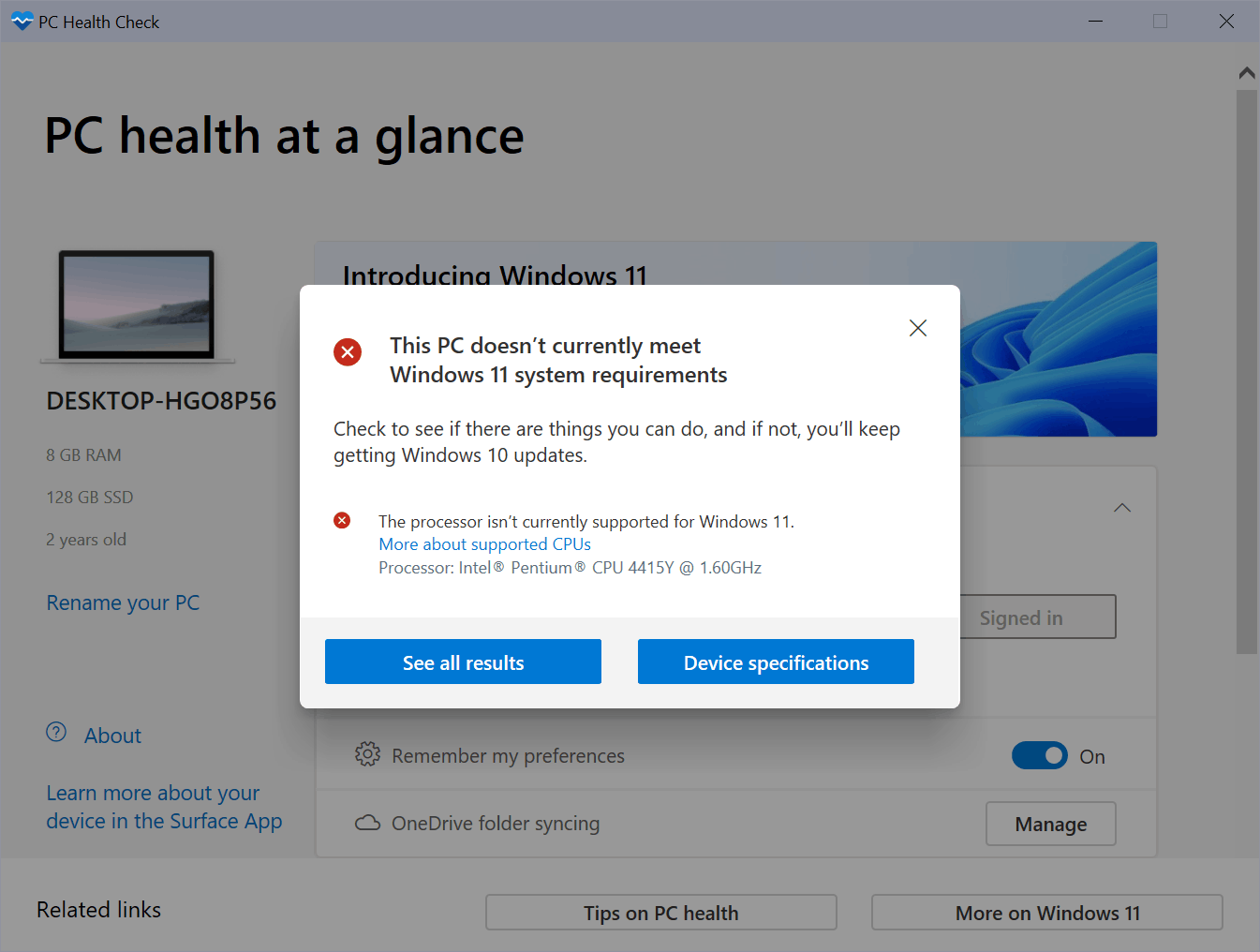 The author’s aging Surface Go laptop is not compatible with Windows 11 according to the tool because of its processor. The processor is listed and the provided link opens a Microsoft’s Docs website that informs about compatible processors and includes links to the lists of all supported processors.

The original version of the tool did not provide these information. It merely stated “This PC can’t run Windows 11” and kept the user in the dark.

Third-party Windows 11 requirements checking tools were created to fill the gap. You can check out Windows 11 Requirements Check Tool, or this review of Win11SysCheck and WhyNotWin11.

One could argue that it does not really matter which device component is not compatible, as it leads to the same not being able to upgrade to Windows 11 result. While that is true for devices with fixed hardware components, e.g. a laptop or the Surface Go device, it is not necessarily true for PCs without fixed components. A user could upgrade the processor if it is not compatible, sometimes even without replacing the motherboard or other components in the process.

Some vendors offer upgrade packages, which include a new motherboard, processor and RAM, in a single package, for easier upgrading.

PCs that can’t be upgraded may still install Windows 11 under certain circumstances, but Microsoft is deliberately vague in this regard. While the company did admit that installations are possible, it suggested that incompatible PCs running Windows 11 might not get updates and may be limited feature-wise.

Initial upgrades from Windows 10 to Windows 11 are free, but it is unclear if Microsoft plans to stop these at one point in time, or keep upgrades free indefinitely but only unofficially like it has done for Windows 7 and 8.1 upgrades to Windows 10.

The PC Health Check app does not help buyers. Some PCs that can be bought online and in retail locations are not compatible with Microsoft’s Windows 11 operating system. Buyers need to use Microsoft’s processor compatibility listing and system requirements document to find out if a PC is compatible with Windows 11, unless the vendor highlights the fact explicitly.

Now You: what are your plans in this regard? Windows 11? Stay on earlier Windows versions? Switch to Linux?

Thank you for being a Ghacks reader. The post Microsoft's Windows 11 compatibility app PC Health Check is available for everyone now appeared first on gHacks Technology News.