The Thunderbird team released two new versions of the open source desktop email client in the past two weeks. Thunderbird 91.1.2 was a smaller bug fix update for all client versions, Thunderbird 91.2.0, a security update that also included bug fixes.

Users could still update their installations  to the new version, but had to download the installer manually from the project site to do so; this changes with the new releases.

Any Thunderbird 78.x installation will be upgraded to the latest version of Thunderbird 91, provided that automatic updates is enabled.

Some users of Thunderbird preferred to stay on the older version because add-on compatibility changed between the two major releases.

A quick search on the official Thunderbird support site returns several issues reported by users whose version of Thunderbird was upgraded to 91.

Most notable problems that users reported include missing accounts, and issues with the integrated calendar.

Thunderbird can be configured to inform about new updates only. The browser won’t download and install the updates in that case. 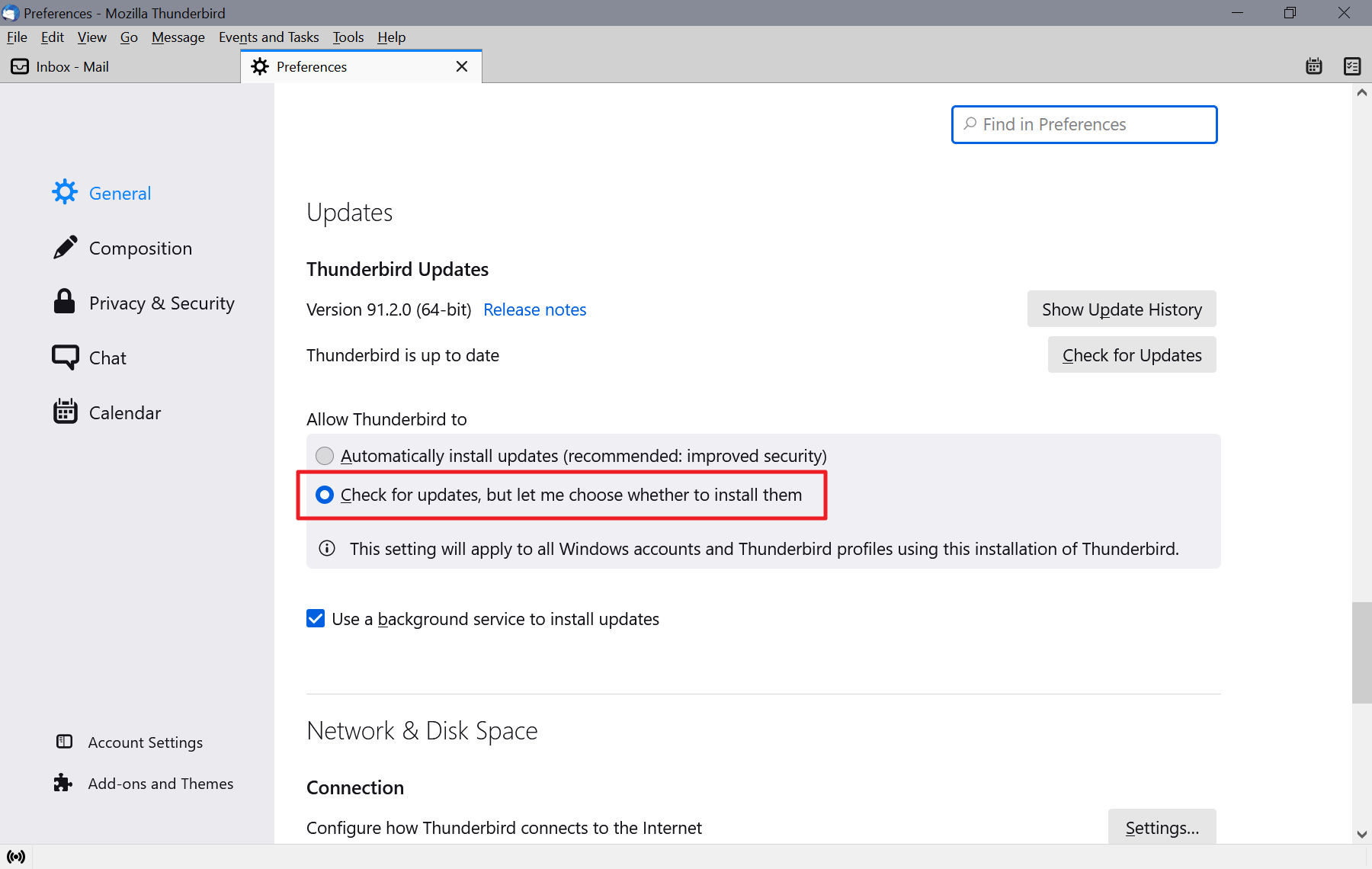 The setting is found under Tools > Preferences > Thunderbird Updates. Switch from “Automatically install updates” to “Check for updates, but let me choose whether to install them”, and restart Thunderbird to complete the change.

Thunderbird 78.15.0 is the last release for version 78 of Thunderbird. New updates, security or otherwise, won’t be released anymore for the client.

Here is a quick overview of the changes of Thunderbird 91.2.0, released this week:

Security fixes, which have not been specified yet on the official Thunderbird Security Advisories page.

You can check out the entire Thunderbird 91.2.0 release notes here.

Now You: did you run into issues upgrading from Thunderbird 78 to 91?

Thank you for being a Ghacks reader. The post Old Thunderbird installations will be upgraded to Thunderbird 91 via automatic updates now appeared first on gHacks Technology News.

Bitcoin sits below all-time high after US ETF debut