Microsoft released its Windows 11 operating system in early October 2021 to the public. The operating system is rolled out gradually Windows Update to compatible Windows 10 devices as a free update, but administrators need to allow the upgrade before it is installed.

Windows 11 is also available on new PCs and as a standalone download and new installation or upgrade. 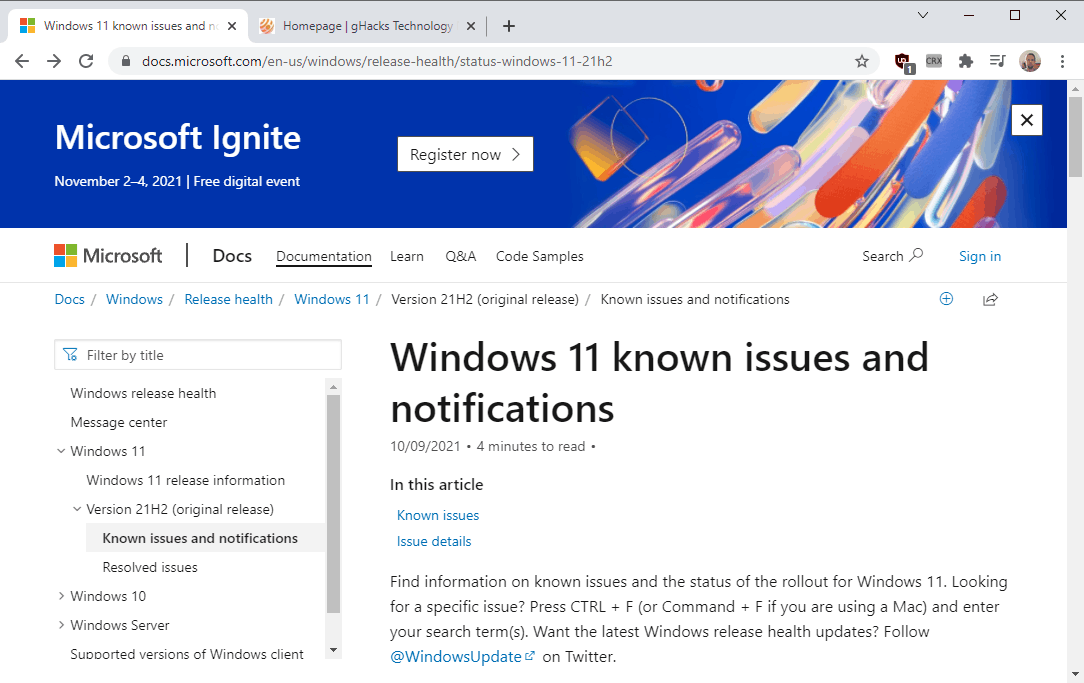 UDP packets may be dropped on devices affected by the issue as a consequence “under certain conditions”.  Microsoft notes that users may experience that webpages load slower than usually, and that other Internet services, including video streaming services and VPN services, may also be slower than expected.

Issue 002: Compatibility issues have been found between Oracle VirtualBox and Windows 11

Workaround: uninstall Hyper-V or Hypervisor from Windows until the issue is resolved.

Resolution: expected to be released in October 2021.

Issue 003: Compatibility issues with apps using some non-ASCII characters in their registry keys

Applications that use certain non-ASCII characters in the Registry may not start or may cause other issues on Windows 11 devices. Errors may result in a bluescreen.

Resolution: Microsoft is investigating the issue.

Thank you for being a Ghacks reader. The post Windows 11: list of known issues and resolved issues appeared first on gHacks Technology News.