When we reported about this on October 5, 2021, the day Windows 11 was released officially, we received reports from several of our readers that they got the incompatibility message in Windows Update even though their devices met all system requirements of the operating system. 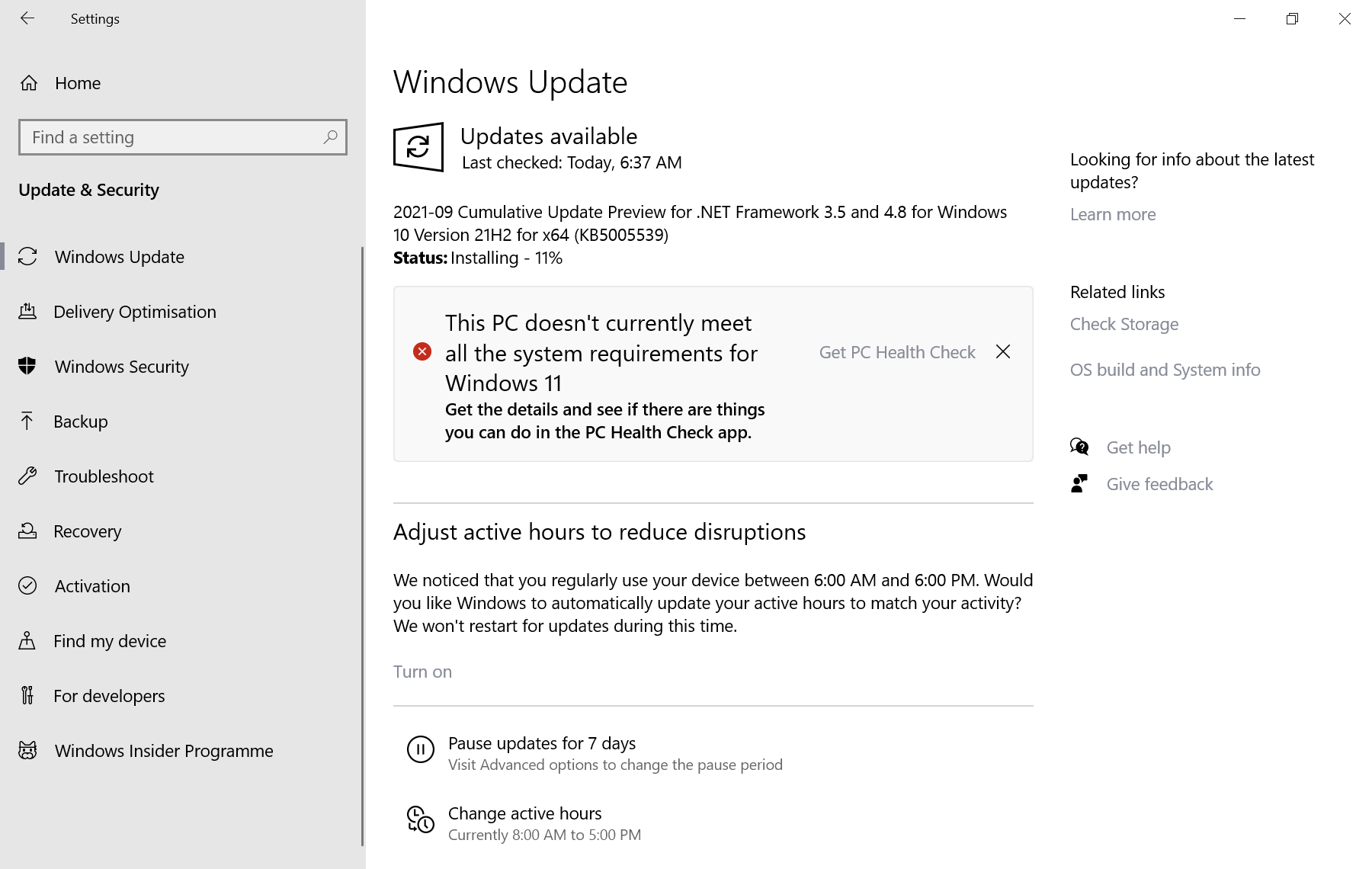 Microsoft has now acknowledged the issue and stated that it is working on a fix to get it resolved.

How did affected users notice that something is not right? Microsoft’s PC Health Check application told them. The official application checks if a PC meet all system requirements of Windows 11 and highlights items that are not compatible. It is linked on the Windows Update page, making it easy for users to double-check. It may also reveal details on the incompatibility on devices that don’t meet all system requirements of the Windows 11 operating system.

Users affected by the incompatibility issue in Windows Update who ran the PC Health Check app told us that the app was not complaining about any items when they ran it. After carefully checking the installed hardware components, some concluded that the checker in Windows Update must have a bug.

Microsoft has not revealed the scope of the issue. It is unclear how many devices are affected by the Windows Update compatibility issue. We received several confirmations about the issue after writing about it here on this site.

Windows 10 customers who are affected by the issue have no other option but to wait for Microsoft to fix it.

Microsoft did not add the issue to the list of known issues of Windows 11.

Now You: are you affected by the issue?

Thank you for being a Ghacks reader. The post Your PC is compatible with Windows 11, but you get an error in Windows Update? Microsoft is working on a fix! appeared first on gHacks Technology News.