When Microsoft released Windows 11 last week, AMD published a support article in which it stated that the performance of AMD powered devices was up to 15% worse than on Windows 10 devices. AMD even went that far to suggest to its customers that it would be better to stay on Windows 10 for the time being.

AMD processors are affected by increased L3 cache latency and preferred core mechanism, known as UEFI-CPPC2, is not working correctly either.

Microsoft did not add the issue to the list of known issues of Windows 11, and has not revealed the issue publicly, to the best of my knowledge. 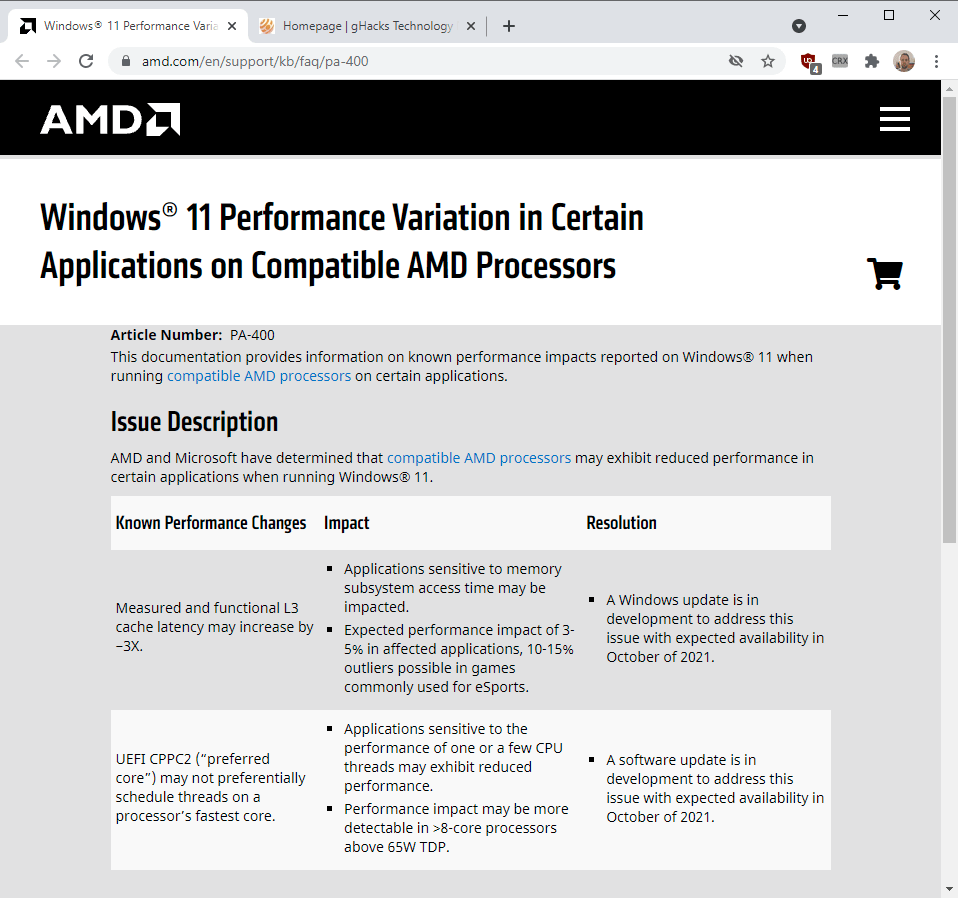 Microsoft released the first cumulative update for Windows 11 on Tuesday. The patch, which was delivered to compatible and incompatible systems, appears to affect the performance of AMD processors even more, according to benchmarks run by TechPowerUp and Heise.

TechPowerUp reports that one of their AMD test devices had a latency of 31.9 ns after installation of the October 2021 update for Windows 11. Before, its latency was 17 ns, and on Windows 10, it was 10 ns.

Heise, a popular German publishing company, best known for its CT magazine, reported similar benchmark results. A Ryzen 5 5600G device had a latency of 12.4 ns on Windows 10. With the release version of Windows 11 installed, the latency jumped up to about 30 ns, and with this week’s patch to 40 ns.

AMD customers who upgraded to Windows 11 already should see noticeable performance improvements, especially in taxing contexts such as gaming, after the release of both updates.

As always, we will let you know once the updates are available.

Now You: have you upgraded your device(s) to Windows 11?