When Microsoft released its Windows 11 operating system in early October 2021, it became clear quickly that it was causing performance regressions on devices with AMD processors. AMD confirmed the issue, stating that Windows 11 was causing its processors to slow down by up to 15%.

Microsoft and AMD started to work on patches, but the situation got worse when Microsoft released the first cumulative update for Windows 11, as performance was impacted even more.

Microsoft released a patch to Insider versions of Windows 11 this week for testing.

Today, that update is available publicly. AMD released an updated AMD Ryzen chipset driver that addresses the second issue that was affecting performance.

The Microsoft released patch is released as an optional update. It will be included in the coming cumulative update on November’s Patch Day, on November 9, 2021.

Windows 11 users who operate devices with AMD Ryzen processors may want to install both patches to get the issue resolved, especially if they notice performance issues while running applications or playing games. 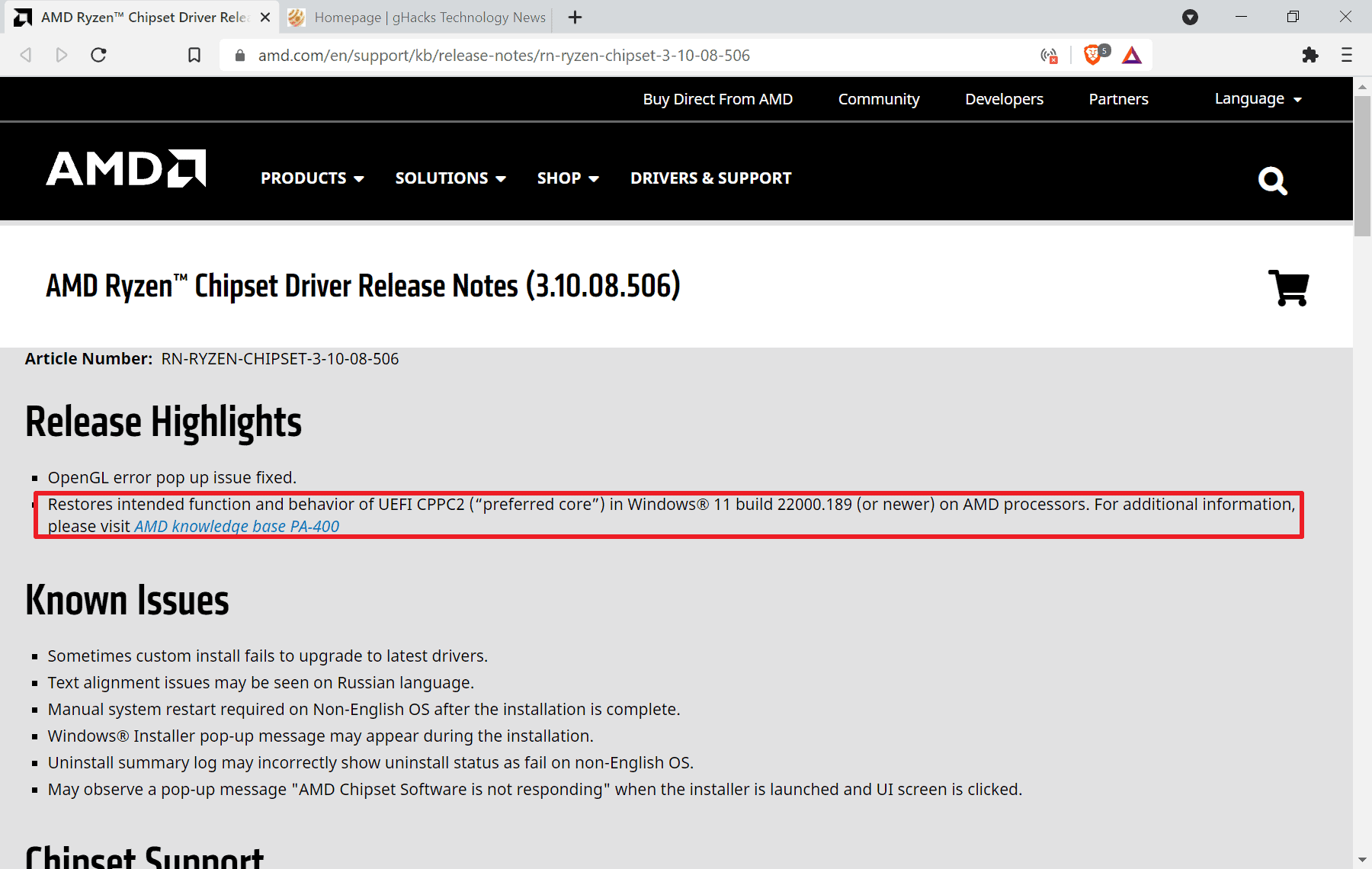 The AMD Ryzen Chipset Driver restores the “intended function and behavior of UEFI CCPC2 (preferred core) in Windows 11 build 22000.189 (or newer) on AMD processors. The update is also available for Windows 10, and AMD lists supported processors and chipsets on this support page.

The update addresses other issues as well, including an OpenGL error pop up issue. Downloads are provided on the support page.

AMD notes that the release has several known issues, including an issue that makes custom installs fail to upgrade to the latest driver, or an “AMD Chipset Software is not responding” message when the installer is launched and the UI screen is clicked. 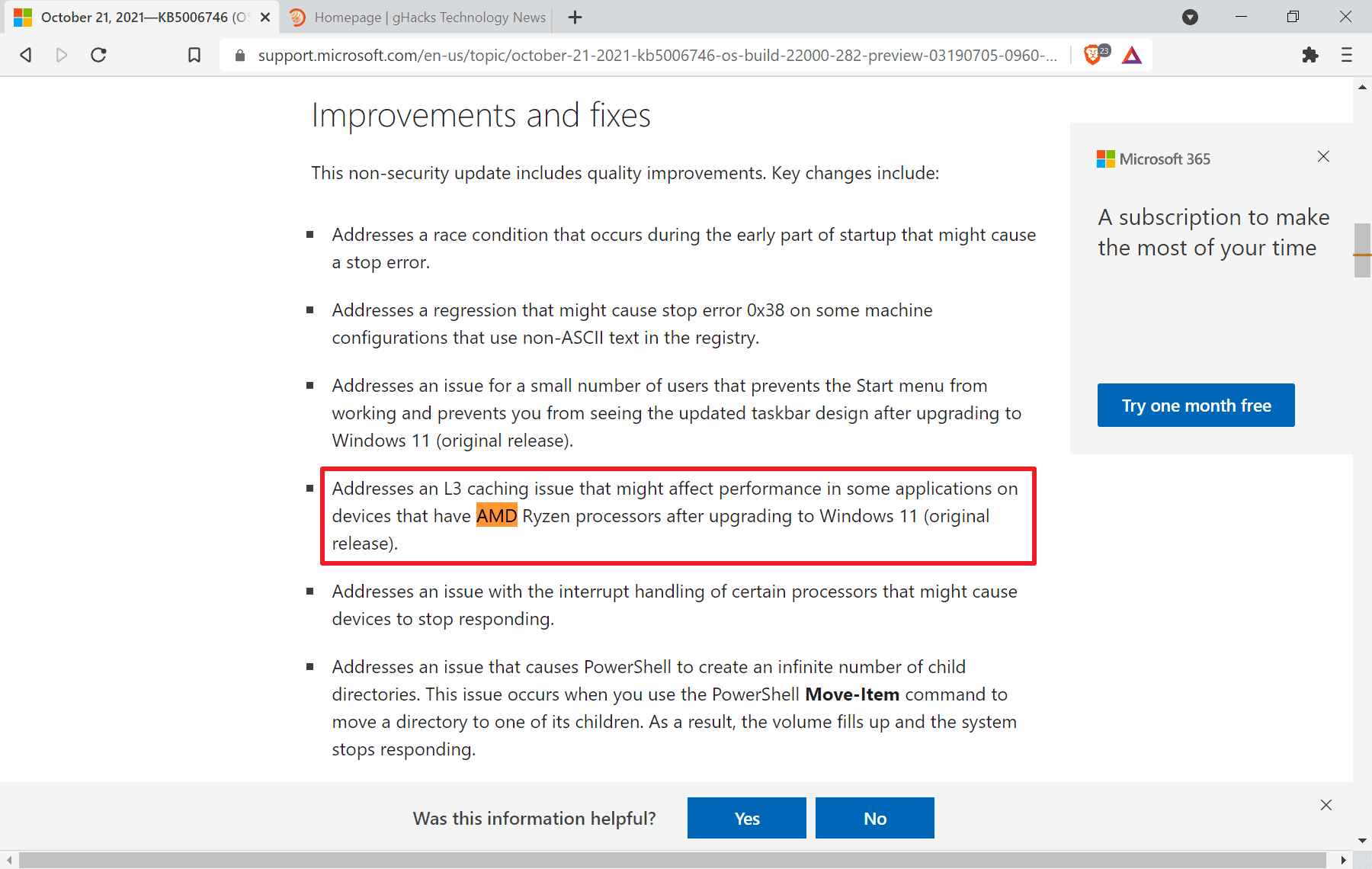 Windows 11 users may check for updates manually to discover the new KB5006746 that Microsoft released today. It can then be installed on the device to address the AMD L3 caching issue that is affecting performance.

The long list of patches confirms that the patch is included:

Addresses an L3 caching issue that might affect performance in some applications on devices that have AMD Ryzen processors after upgrading to Windows 11 (original release).

Windows 11 users who run devices with AMD processors need to install both patches to resolve the performance issues. It is usually not recommended to install optional patches, as these may contain bugs or issues of their own. One reason for Microsoft to release these optional patches is that it monitors issues to address these before the updates are released to the full Windows population.

In this case, AMD users may want to install the optional update if they are affected by the performance issue on Windows 11.

Thank you for being a Ghacks reader. The post AMD and Microsoft release patches to address AMD performance issue on Windows 11 PCs appeared first on gHacks Technology News.