Windows 11 Insider Preview Build 22504 is now available for participants in the Developer Channel. This version contains a ton of fixes, with a few minor changes to the overall experience. 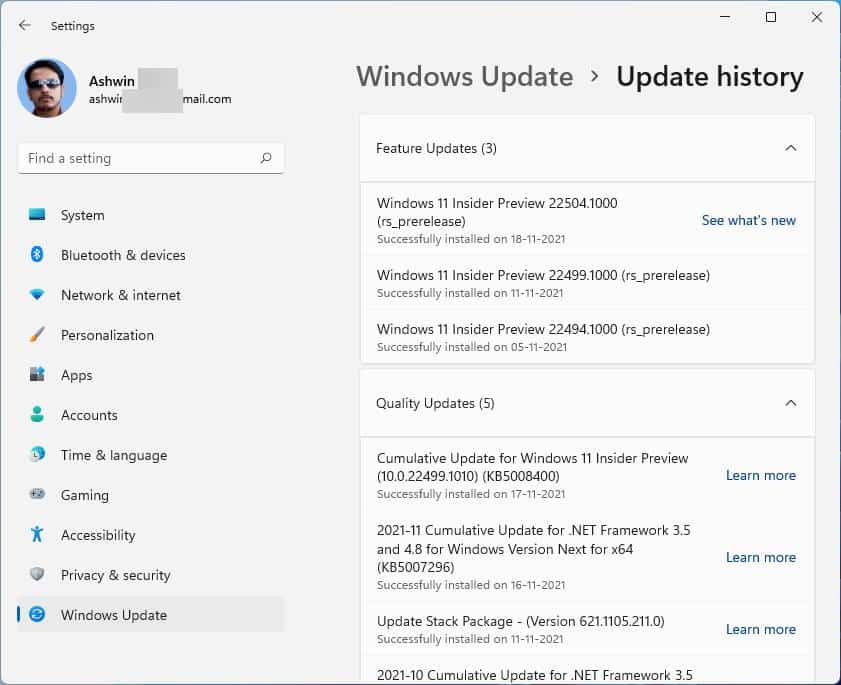 Build 22494, which was released earlier this month, added a mute icon to the Taskbar. Windows 11 Build 22504 introduces a keyboard shortcut to toggle the mute functionality, Alt + Win + K. This only works when the mute icon appears, which for now only shows up during a Microsoft Teams call. We will need to wait for support to be expanded to more applications to test this feature.

Apps will launch in maximized mode by default (tablet posture) in devices that have a 11-inches screen or smaller. The operating system will not alert you about apps with restricted access to your microphone, instead a permanent warning about it will be displayed in the Settings > System > Sound screen. The Touch indicator option will not be enabled by default for new Windows installs. To toggle it, go to the Settings > Accessibility > Mouse pointer and touch > and switch it on. Windows 11 gets native support for ARM64 for the .NET framework runtime, with the arrival of .NET Framework 4.8.1. 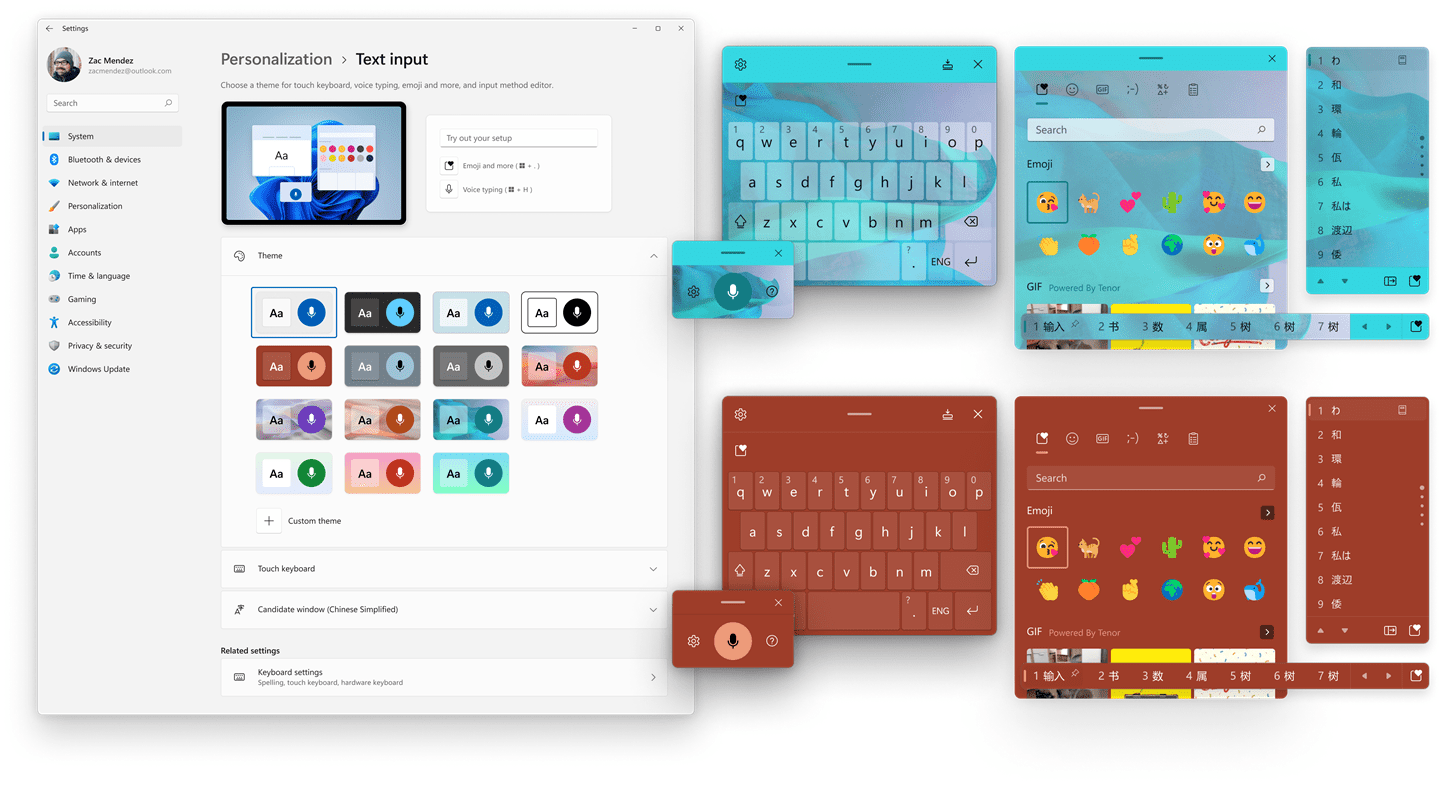 The Touch Keyboard has 13 new themes, and an option to create a custom theme. Head to the Settings > Personalization > Text Input section to find the feature. Microsoft is testing personalized combinations of some emojis based on the skin type. Both features are being tested on a limited basis, so not everyone will see these options yet. Speaking of emojis, Portuguese and Polish users can expect some flexibility when searching for keywords that contain diacritics. 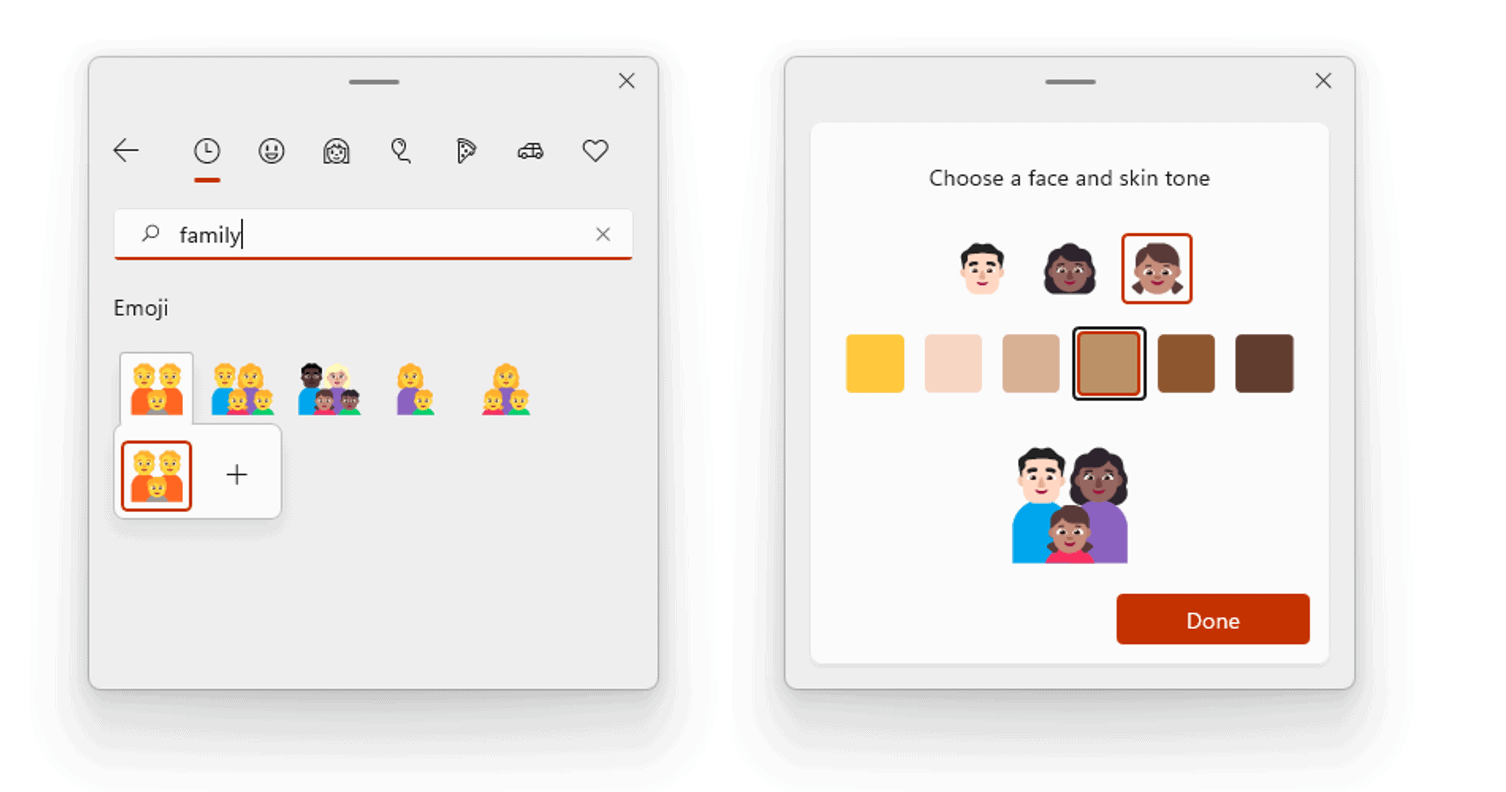 Issues that were fixed

The Start Menu’s recommended section should now display icons correctly. The context menu will align with the search box properly, if you click Start and press Shift + F10 or the menu key.

A bug that was causing Explorer to crash when the battery icon wasn’t loading in the Taskbar has been patched. Users who have set custom levels for the critical and low battery notifications, will see the correct value displayed instead of the default ones. The clock will keep time more reliably, even when being accessed over Remote Desktop. The Taskbar’s Date and Time display gets a fix that prevents it from getting clipped. The context menu will appear when you right-click on the date and time, this will also close the Notification Center if it is active. The Emoji panel’s search has been improved for some keywords. The GIF search bug that caused the same GIF to appear multiple times has been fixed.

The release notes for the build states that the issue that prevented the keyboard light indicators for Caps Lock, and the other lock keys have been fixed. They do work in my virtual machine install, earlier they used to turn off when I switched from the host OS. But there still seems to be some issue. While the Caps Lock light stays solid when I shift from my host, the Num Lock and Scroll Lock keys flash once and then come back on. Daylight Savings Time has been removed from the timezone for Fiji, so the Windows clock will follow the regional setting correctly.

Voice typing will resume listening when you pause for a longer time, to provide better results. When the caret is moved during voice typing, text will no longer be duplicated. Snap Layouts will not place windows on your other monitors randomly. The Quick Settings sliders for adjusting the brightness and volume won’t disappear anymore. If you were unable to manually set the active hours from the Settings app, updating to the new Preview Build will fix the problem. Computers will wake up more reliably after an issue related to TCIP that resulted in bug checks was mitigated.

There are still quite a few known issues in Build 22504, but these seem to be the same as in the previous version, Build 22499.

Microsoft’s announcement states that a new Your Phone app with an updated design is rolling out gradually to Windows Insiders. I don’t have the new app in my virtual machine yet, it’s still on version 1.21102.134.0. A screenshot of the desktop tool shows a list of apps installed on the phone. So, you will be able to access them from your computer. I can’t wait to test that. 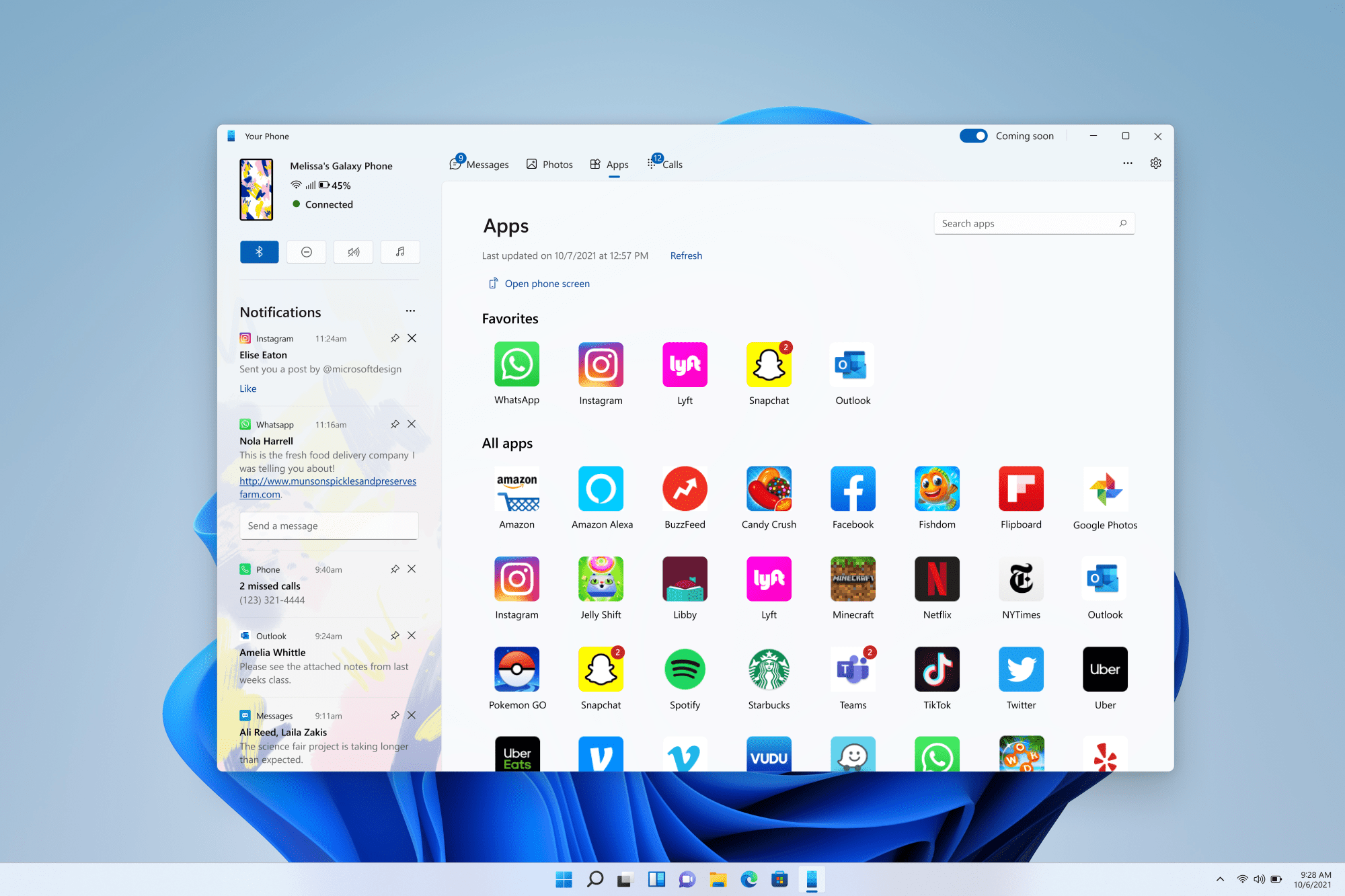 What issues have you experienced with the Windows 11 Insider Preview Builds?

Thank you for being a Ghacks reader. The post Windows 11 Insider Preview Build 22504 released to the Developer Channel appeared first on gHacks Technology News.