The developers of qBittorrent, a popular cross-platform Bittorrent client, have released qBittorrent 4.4.0 to the public. 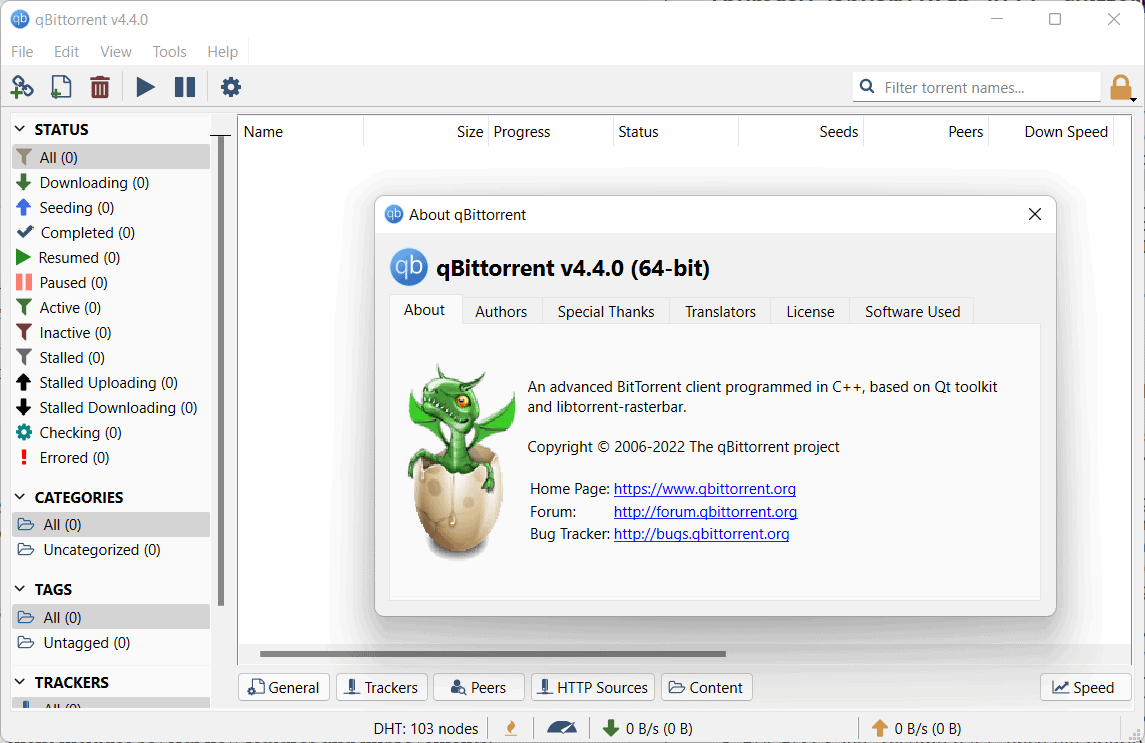 The new version introduces support for a Qt6 build for Windows 10 and newer, which promises better HiDPI compatibility according to the developers. The qBittorrent 4.4.x release branch could be the last to support Qt5, and that would also mean that it would be the last branch to support Microsoft’s Windows 7 and 8 operating systems. Releases will continue until at least Summer 2022.

Windows 10 and 11 users may select to install the Qt5 version until then, or switch to the Qt6 version at any given time.

An AppImage is offered for qBittorrent on Linux. It “uses the latest versions of Qt6, libtorrent, boost, openssl” and is created on Ubuntu 20.04. The developers note that it is not tested well at this point.

Mac OS X builds are not yet available, but scheduled for a release in the coming days.

The new version of the torrent client includes several new features and improvements. Besides added support for Qt6, qBittorrent 4.4.0 does introduce support for v2 torrents and libtorrent 2.0.x.

The Bittorrent v2 protocol improves the standard by introducing new features to it. Among the changes are that torrents use SHA-256 hashes instead of SHA-1. The new torrent version is not backwards compatible, which means that two different versions of an offering are created when version 1 and version 2 torrent files are downloaded or created. The option to create hybrid torrents is provided, however.

Another option that is introduced is the ability to download files from multiple torrents reliably thanks to unique file hashes.

The introduction of support for v2 torrents guarantees that qBittorrent users won’t run into any issues when downloading these new torrent versions.

QBittorrent 4.4.0 includes a new option to set the temp folder per torrent or category, and an option to skip hash checks for monitored folders. Another folder-specific improvement is support for folder-based user interface themes.

Existing installations can be upgraded to the new version as usual. Interested users find the full changelog, listing all new features, improvements and bug fixes here.

Support for Windows 7 and 8 will run out later this year when qBittorrent 4.4.x reaches its end of life. Users on those systems may use the older versions, but these won’t receive any more feature updates, bug fixes or security fixes anymore once development jumped to a new version.

Now You: do you use torrent clients? If so which and why that one?

Thank you for being a Ghacks reader. The post Bittorrent client qBittorrent 4.4.0 released with v2 torrent support appeared first on gHacks Technology News.