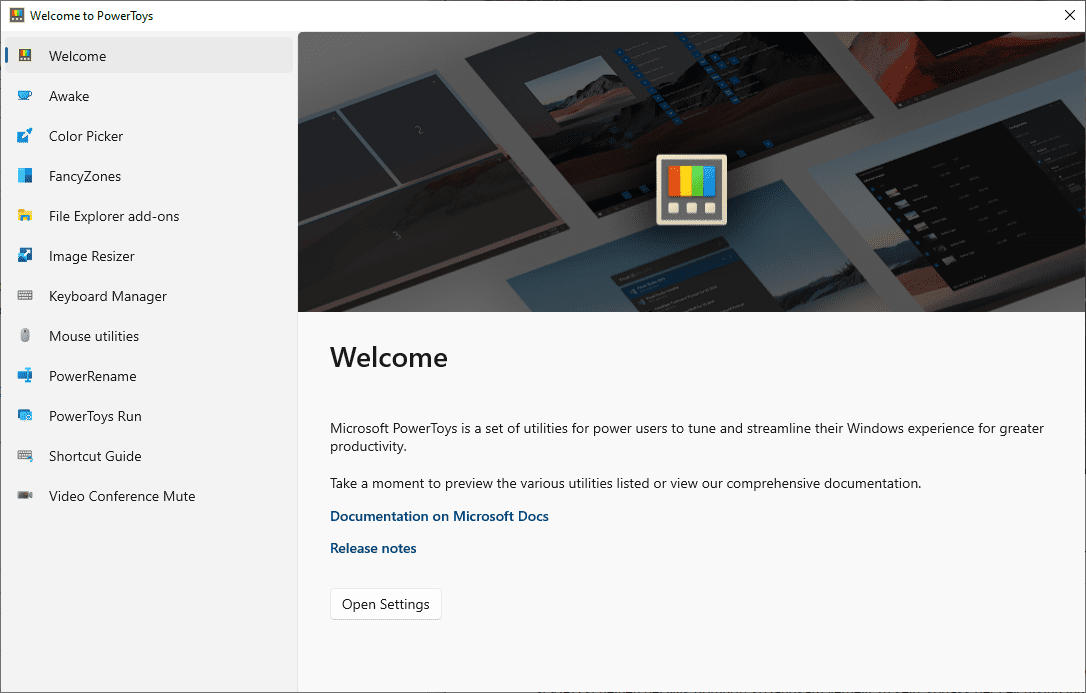 The latest version of PowerToys can be downloaded from the project’s official GitHub repository. It still requires Windows 10 version 1903 or later, or Windows 11, and the .NET Core 3.1.22 or newer desktop runtime. The installer takes care of the runtime prerequisite if it is not installed already on the target system. 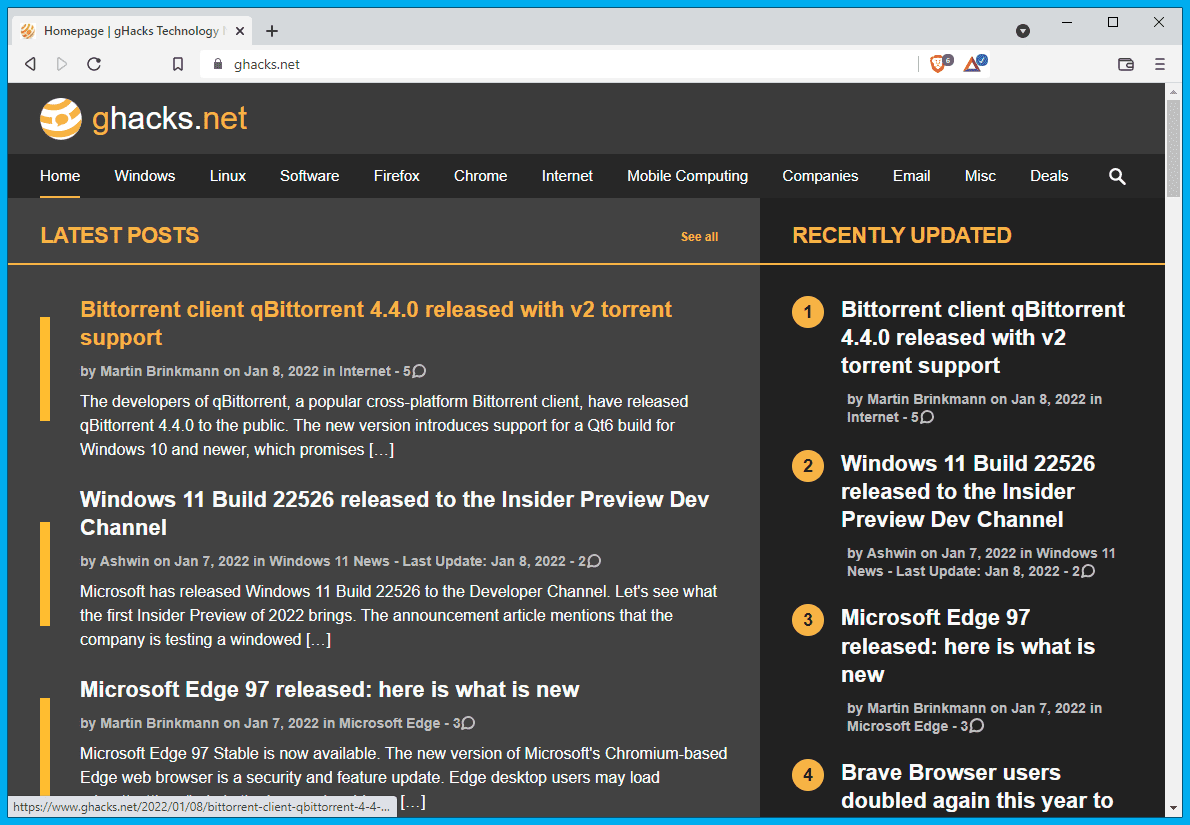 PowerToys adds a blue border to the window to indicate that it is on top. It is possible to set multiple windows to be on top at the same time, but this overrules only the visibility of all other windows. Any window that is set to be on top using the functionality may still go behind other always on top windows.

PowerToys Run, a launcher that is built-into the tools collection, supports web searches in the latest version. Just prepend ?? to the search query to run searches in the default system browser. Edge is not preferred in any way when the functionality is used.

You invoke the launcher with the keyboard shortcut Alt-Space. It can also be used to launch programs or settings among other things.

Always on top is a useful feature and PowerToys is just one of the apps that support the feature. Check out OnTopper or TopMostFriend, which we have reviewed recently as two alternatives.

The new search feature may be handy for some users as well, but some may prefer to run searches directly in the browser, especially if it is open all the time on the system.

Now You: have you used PowerToys before?

Thank you for being a Ghacks reader. The post Latest PowerToys release adds always on top functionality appeared first on gHacks Technology News.

Samsung Galaxy F23 5G spotted online, to be powered by a Qualcomm processor

Samsung is said to be working on a new Galaxy F series smartphone. A new Samsung smartphone with model number