The developer of the password manager KeePass released KeePass 2.50 to the stable channel. The new version of the  program speeds up key derivation functions significantly. 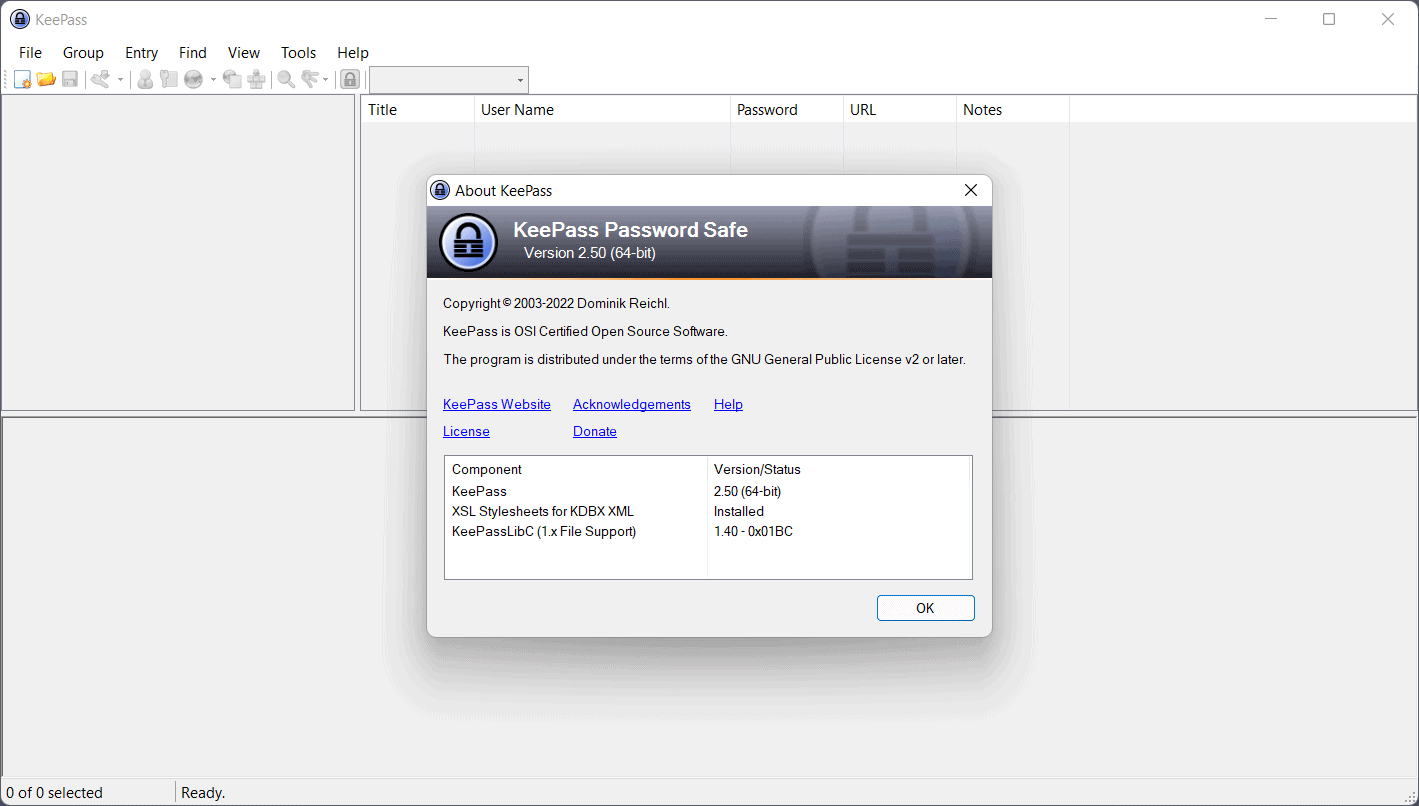 The new version of KeePass 2 comes days after the release of KeePass 1.40, which featured similar performance improvements among other changes.

The performance of core components has improved significantly in the new version:

KeePass 2.50 improves support for certain browsers next to that. The detection of the browsers Brave, Epiphany, Pale Moon and Vivaldi was improved, Chrome and Chromium are now listed as separate commands in the URL(s) menu, and opening URLs in private browsing mode in Pale Moon, Epiphany and Midori was added. On Unix-like systems, support for detecting the last versions of Chromium was added.

Imports from the password manager Bitwarden include subfolders and collection names (as tags) now in the latest version, and support for importing Kaspersky Password Manager 9.0.2 TXT files was added as well.

KeePass is an excellent password manager that is available for Windows as well as other operating systems via ports. The program is updated regularly with new features, improvements and bug fixes.

You may check out my full review of KeePass here. It has been my go-to password manager for years.

Now You: do you use a password manager? If so which, and why?

Thank you for being a Ghacks reader. The post KeePass 2.50 speeds up key derivation functions significantly appeared first on gHacks Technology News.