Just days after the release of Firefox 96.0 comes the bug fix update Firefox 96.0.1; the new version fixes a connection issue that affected Firefox users this week. 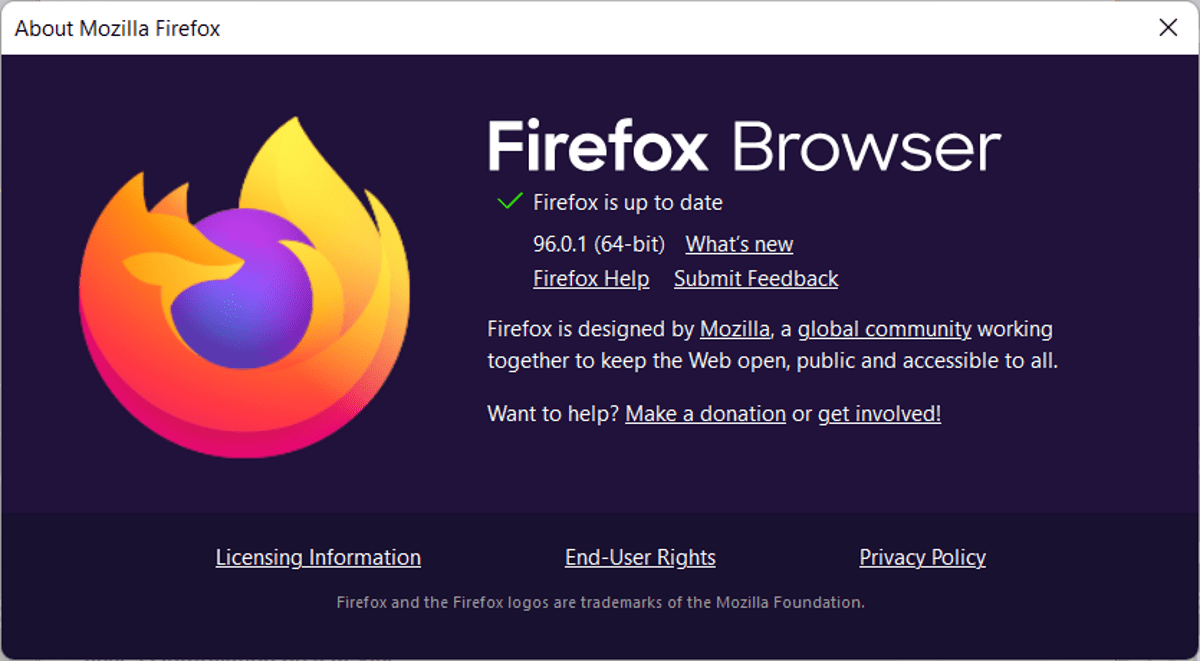 Firefox users started to report connection issues shortly after the official release of Firefox 96.0. Connections were not established and affected users could not use the web browser to access sites.

A workaround was found and published, and Mozilla started its own investigation of the issue. Engineers detected the issue and made backend changes to fix it temporarily for all affected users.

Mozilla released a statement on Twitter in which it revealed that a configuration change of a cloud provider was causing the issue in the browser.

Earlier today, Firefox became unresponsive due to a change in defaults by a cloud provider which triggered a Firefox HTTP/3 bug. We disabled the configuration change and confirmed this fixed the issue.

The release of Firefox 96.0.1 patches the issue in Firefox. Firefox users may select Menu > Help > About Firefox to display the installed version and run a check for updates. Firefox should detect the new version and update the browser to it automatically.

The official release notes lists two fixes in the release:

The first addresses the connection issue of Firefox. Firefox users who have applied the workaround on their systems should undo it by setting the preference network.http.http3.enabled to TRUE again on about:config.

The second bug fixes an issue in Firefox’s proxy handling behavior. Firefox 96.0 did not use all proxy exceptions defined on Windows according to the bug report, but only the first. The previous version, Firefox 95.0.2 worked with all exceptions.

Now You: do you use Firefox? What is your take on the issue and fixes?

Thank you for being a Ghacks reader. The post Mozilla releases Firefox 96.0.1 to fix connection issues appeared first on gHacks Technology News.