Microsoft has announced the release of two out-of-band updates to fix problems reported by users with ARM devices. To recap, the Redmond company rolled out a couple of updates on Patch Tuesday last week. 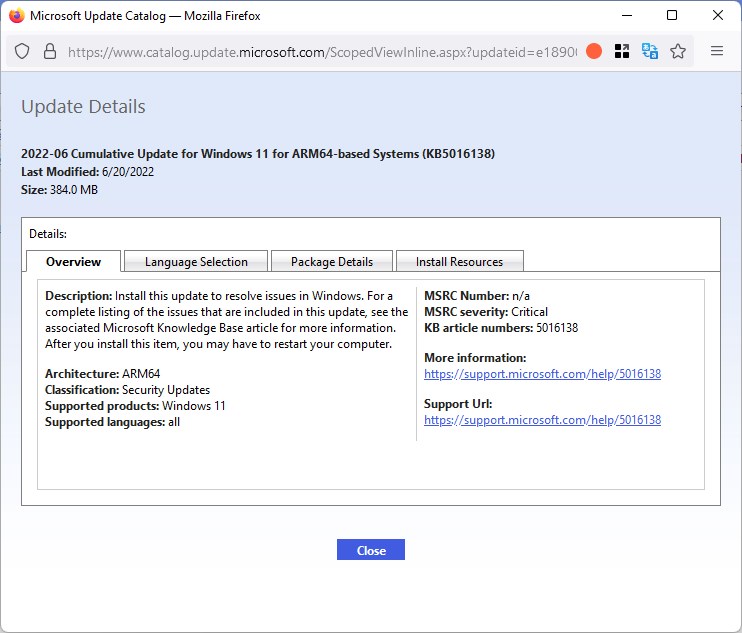 One of the main complaints that were voiced by the community, was that devices with an ARM-based chipset could not log in to various Microsoft Services. It took a few days for Microsoft to acknowledge the bug. And nearly a week since the login errors surfaced, the company finally provided a solution for them by rolling out the KB5016138 (for Windows 11) and KB5016139 (for Windows 10).

According to the release notes that have been published on the support portal, the bug was preventing users from signing in to the Azure Active Directory (AAD), and Apps and services that use AAD. This includes VPN connections, though the company warned that Microsoft 365 services such as Microsoft Teams, Outlook, and OneDrive may also be affected by the issue. That would explain why Microsoft had to resort to an emergency measure to fix the problem, as these tools are deployed for Enterprise users.

The clients that were affected by the sign-in issues were:

If you were facing these login problems on your ARM system, the patch that was released today will address those. The KB5016138 and KB5016139 updates will be downloaded and installed automatically on affected computers. It is a cumulative patch that bumps the firmware version number from 22000.739 to 22000.740.

If you don’t see the patch in your Windows Update or the Update History page, you can try checking for it manually,  or you can download the updates directly from the Update Catalog and install them on your computer. Download KB5016138 for Windows 11 (about 384MB to download), or the KB5016139 for Windows 10) which is around 706MB to download. Please note that this out-of-band update is only available for Windows devices with an ARM processor (not for x86 or x64 devices).

In case you are still unable to access the Microsoft 365 services, you may want to try the web versions of OneDrive, Outlook and Teams. This was the original workaround suggested by Microsoft before the patch was released.

While it is good to see that a major issue has been patched, it doesn’t focus on other errors. There are 2 known issues in this update. Users had complained that last week’s update for Windows 10 and 11 broke their internet connection, particularly the Wi-Fi hotspot. The out-of-band update that Microsoft has released does not fix this problem.

The other problem is that some programs that rely on .NET Framework 3.5 might have issues, or may not open. This includes optional components such as Windows Communication Foundation (WCF) and Windows Workflow (WWF). As a workaround, the company has advised users to re-enable the .NET Framework 3.5 and the Windows Communication Foundation in Windows Features. You can do so by navigating to the Settings > Apps > Optional Features > More Windows Features.

Was your ARM-based computer affected by this issue? Did installing this update solve the problem?

Thank you for being a Ghacks reader. The post Microsoft releases KB5016138 and KB5016139 out-of-band updates to fix login issues on ARM devices appeared first on gHacks Technology News.