Alex Kontos, the developer of Waterfox, has announced that the browser is being migrated to Firefox ESR 102. The current version of the popular application, Waterfox G4, is based on Firefox ESR 91. 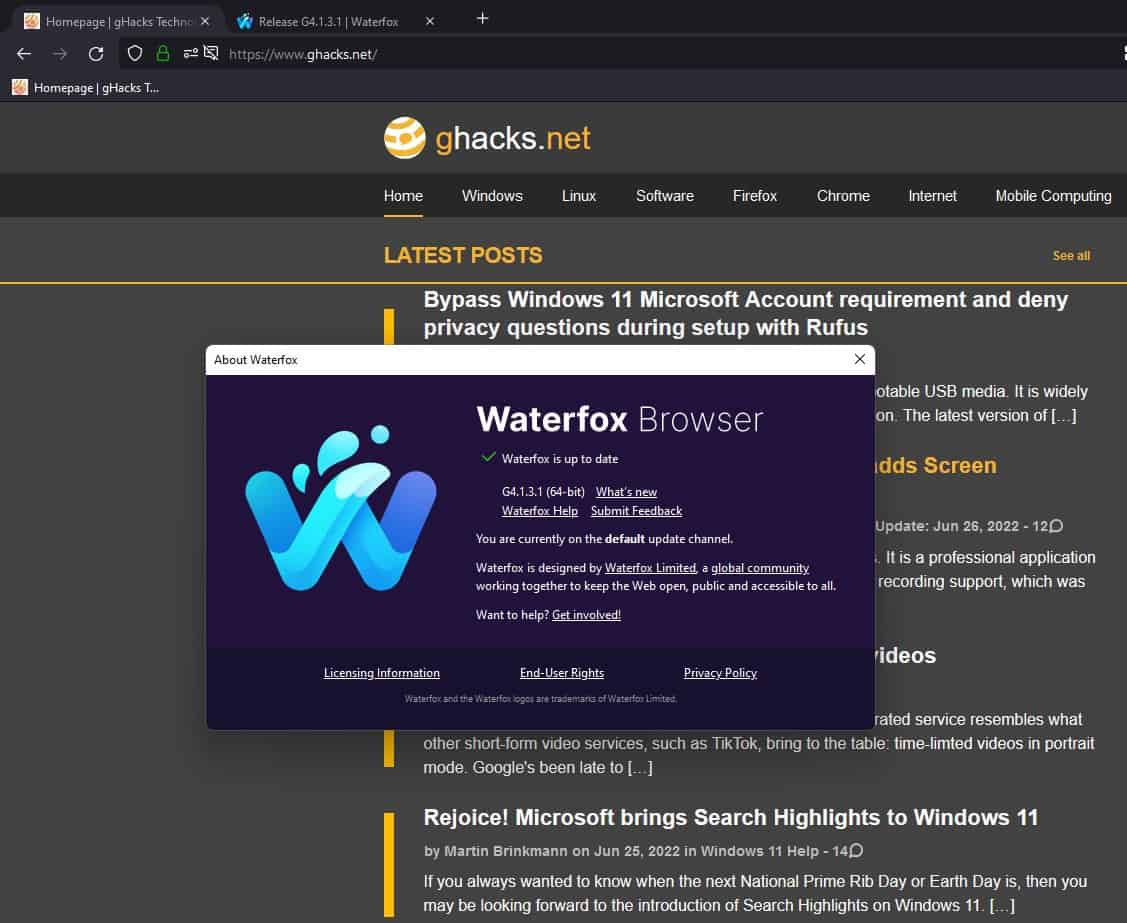 According to the Firefox Release Calendar, Mozilla will release Firefox ESR 102 on June 27th, 2022, i.e. today. For reference, the Extended Support Release for Firefox 91, was rolled out August 9, 2021. The last version of ESR 91 will be available on August 22, after which ESR 102 will be the only version that will be maintained by the organization. 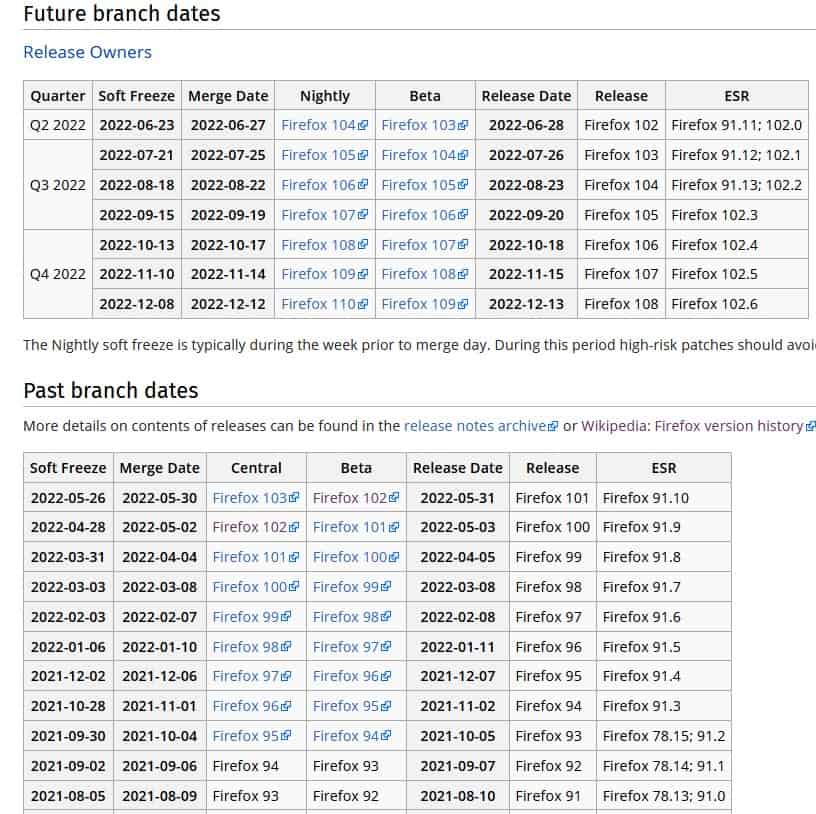 Waterfox G5 will be delivered as an auto-update

The next version will be called Waterfox G5. The developer also mentioned that existing installations of the browser will be upgraded from G4 to G5 automatically when the update becomes available.

Users who prefer to remain on the old version will need to change an option to avoid the auto-update. Go to the Settings page’s General Section, scroll down to Waterfox updates, and select the option that says “Check for updates but let you choose to install them”.

Optionally, you may choose to disable automatic updates completely by switching to the following options: “Never check for updates.” This is not recommended as you may not get security updates for the browser.

There is no word yet as to when Waterfox G5 will be released. Hopefully, we will see a beta version of the upcoming version soon.

What does this mean for Waterfox G4?

All remaining updates for Waterfox G4 will focus on security fixes and critical bug fixes only. In other words, no new features will be added to G4. This sounds similar to how Waterfox Classic, which was introduced as a separate branch last year, is being maintained.

Waterfox was updated to version G4.1.3.1 a few days ago for Windows, macOS and Linux. It fixes an issue that was introduced in G4.1.3 (also released last week). A bug related to BootstrapLoader was preventing the installation of legacy add-ons such as TabMixPlus, this has been resolved. The latest build also includes some fixes for the stability, functionality and the security of the browser.

There seems to be a bug with Waterfox, I noticed that I couldn’t sign in to my Firefox Sync account on my Mac. The login form gets stuck on “working”, after entering the username and clicking the continue button.

When I tried to sign in through the browser on my Windows machine in the previous build, it failed to work too. So, this problem is clearly not related to the update. Perhaps something has changed in the way how Mozilla’s server handles the authentication process. A few users have reported about a similar issue, and the developer has said that he will investigate the problem, and provide a fix for it.

Some users have claimed they had issues with the auto-update failing to patch the program to G4.1.3.1, and that they had to update to the new version manually. I can’t confirm this, as the auto-updater worked for me.

Will you switch to Waterfox G5 or stick with G4 as long as possible?

Thank you for being a Ghacks reader. The post Waterfox G5 will be based on Firefox ESR 102; users will be upgraded from G4 automatically appeared first on gHacks Technology News.